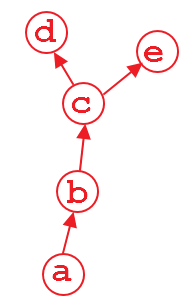 Right now, a real use case is multi-task learning where you have multiple losses that maybe be at different layers. Suppose that you have 2 losses: loss1 and loss2 and they reside in different layers. In order to backprop the gradient of loss1 and loss2 w.r.t to the learnable weight of your network independently. You have to use retain_graph=True in backward() method in the first back-propagated loss.

4
Pytorch - why does preallocating memory cause "trying to backward through the graph a second time"
2
how to calculate loss over a number of images and then back propagate the average loss and update network weight
2
Is computing `loss.backward` for multiple losses performant in pytorch?
1
Accumulating gradients for a larger batch size with PyTorch
1
A computational graph with a common node in PyTorch is it wasting memory?
0
pytorch: loss.backward out of memory for the second batch