Angular Material Side Bar with “Half” side mode

I am working on the dynamic side bar for our project, basically what we want to do is to set up a dynamic side bar when user click on the side bar it will spread when user click back sidebar should collapse and show only icons (but not totally collapse it will keep the icons) for example before user click the icon. We are using sidenav.toggle()from angular material function which basically closes the sidebar completely and if I don't use toggle() function "Side" mode for navbar does not work. So I want collapse to icon with side mode. (The other reason we need to keep the side mode is that we also need to make sure when user spread the sidebar, right side content should push to right) 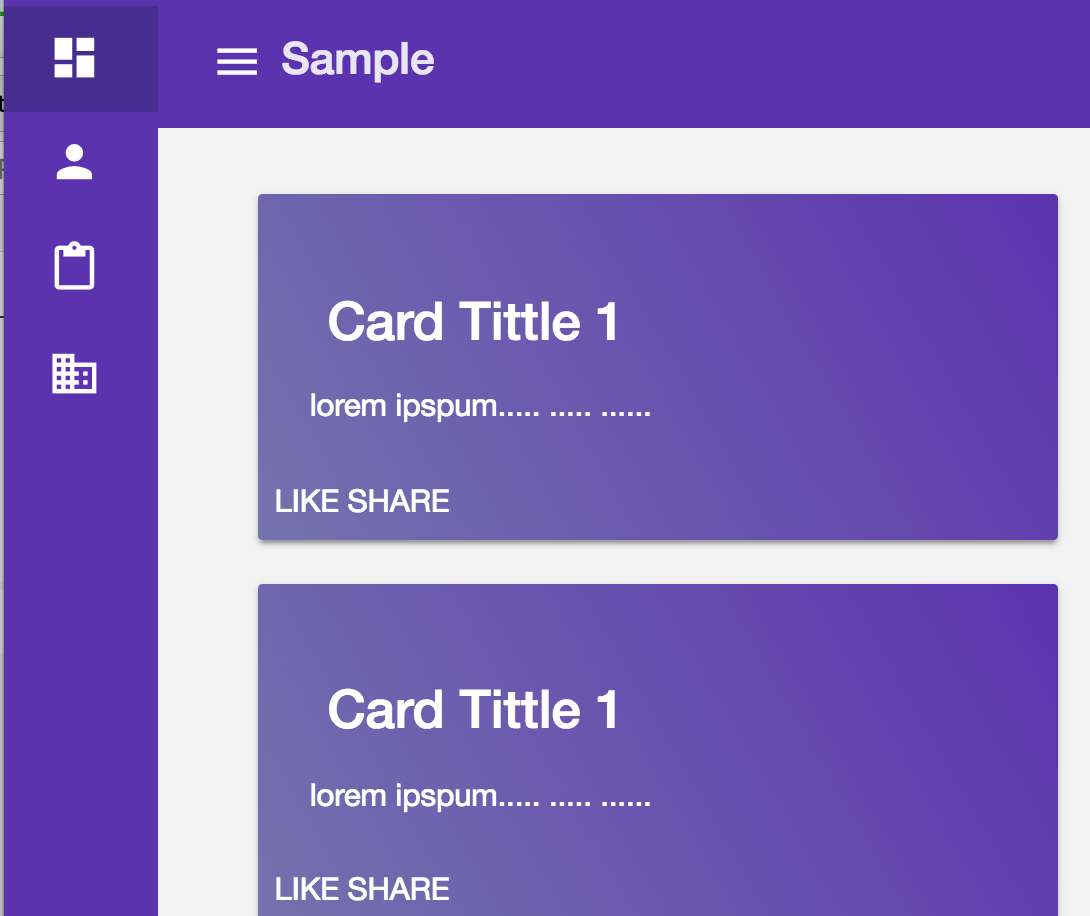 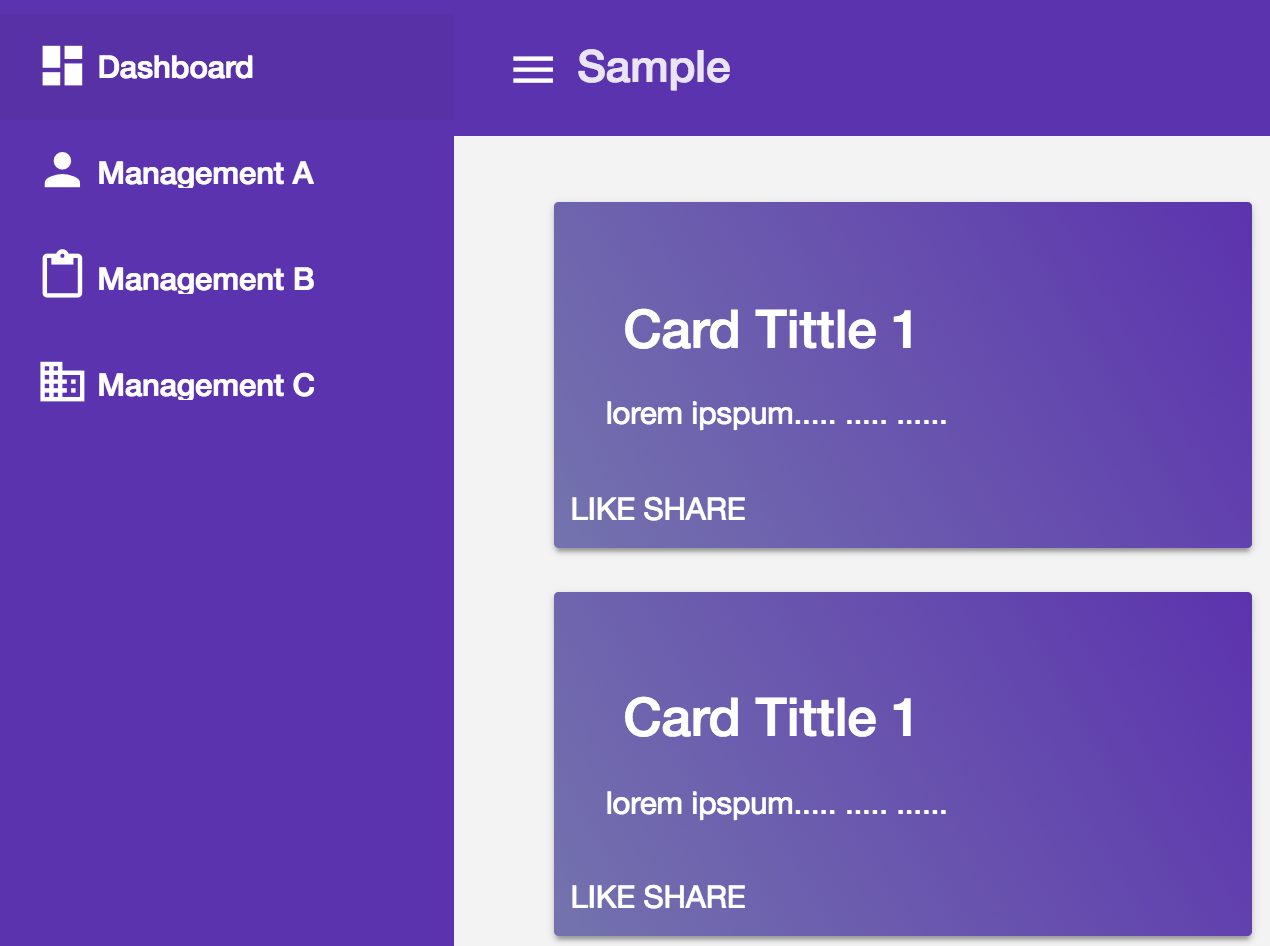 Is there a way to do that?

The above command will generate a new component that includes a toolbar with the app name and a responsive side nav based on Material breakpoints. See more about angular material schematics here

To implement that, you just have to refer these two links:

glance through the following code. Implementation will be something like this:

I did this with a bit of CSS

So when the draw is NOT open, the width of the sidenav is 60px and not 0. Just enough to show your icons.

OK, the next issue is that you'll need to hide a bunch of stuff like button name and other descriptive stuff, for me I need to change the height of the profile image and hide additional text. I did this in the same way as above using the :not selector:

This should work, and it does but there is a problem. The ngIf is bound to the opened event and you will notice a delay when the event is firing (to account for it animation) to show your labels when the drawer is open.

To fix this I had to delve into the api of sidenav and found an eventemitter call openedStart and closedStart. I created a new bool in the component class,

then bound the events to this bool in the HTML.

I am sure there is better way as I am not that experienced with Angular yet.

I hope it helps you out.

There is a feature request for this https://github.com/angular/material2/issues/1728

if you read the comments you'll also find a few examples on how to implement it yourself while it's not officialy available.

Not the answer you're looking for? Browse other questions tagged css angular angular-material sidebar dynamic-sizing or ask your own question.

1
Angular Side Bar with “Half” side mode