Angular 4: What is advantage of injecting HttpClient

Following Angular docs, HttpClient is injected into the app component. I saw on another guide that this was a "favorable" without explanation.

On this I have some questions:

HttpClient/HttpClientModule introduced in ng 4.3+ are re-implementation of the Http/HttpModule. To mention one example feature, instead of mapping your GET result(s) into JSON and then digging into properties which may or may not exist, you can now cast the returned result into user-defined interface where results/errors are controlled. As an example, and after you update your cli and npm, make a project like the one in the image and see the titles in your browser! See, in your interface, you can pick and choose what you want mapped back. 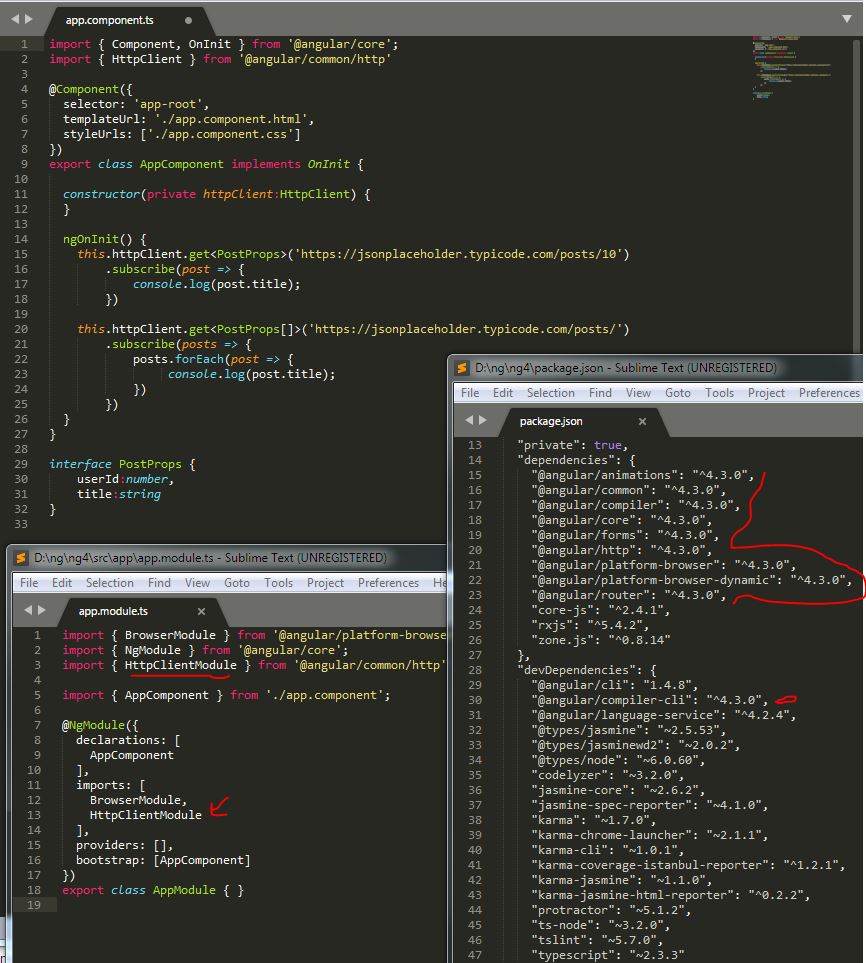 Actually, HttpClient is an improved replacement for Http. They expect to deprecate Http in Angular 5 and remove it in a later version.

Or did you wonder why injecting it was "favorable"? You inject services. That's how services work in Angular.

As with the Http service, the HttpClient service is instantiated when the module that imports Http is loaded.

It is expected that there would only be one instance of this service. I'm not sure why you would want more than one?

When you want to use a service (which is basically a TS class), you need to instantiate it first. That is what angular injector does for you automatically.

This approach is "favorable" because it will automatically lookup for service dependencies defined in its constructor.

Not sure about the second question - if you want to inject another instance of the same class (service), you would have to do it manually.

More info about angular dependency injection can be found in their docs:

3494
What is dependency injection?
2229
What is a JavaBean exactly?
1050
Angular HTML binding
1062
Angular: conditional class with *ngClass
1776
What is the difference between Promises and Observables?
646
No provider for HttpClient
1
Angular HTTP request error: "post valid request"
4
angular7 ag-grid this.http is undefined error