What is a tracking branch?

Can someone explain a "tracking branch" as it applies to git?

Here's the definition from git-scm.com:

Use this if you always pull from the same upstream branch into the new branch, and if you don't want to use "git pull" explicitly.

Unfortunately, being new to git and coming from SVN, that definition makes absolutely no sense to me.

Can someone please enlighten me (in English)?

The ProGit book has a very good explanation:

When you clone a repository, it generally automatically creates a master branch that tracks origin/master. That’s why git push and git pull work out of the box with no other arguments. However, you can set up other tracking branches if you wish — ones that don’t track branches on origin and don’t track the master branch. The simple case is the example you just saw, running git checkout -b [branch] [remotename]/[branch]. If you have Git version 1.6.2 or later, you can also use the --track shorthand:

Now, your local branch sf will automatically push to and pull from origin/serverfix.

With a tracking branch, git status will tell you whether how far behind your tracking branch you are - useful to remind you that you haven't pushed your changes yet! It looks like this:

Below are my personal learning notes on GIT tracking branches, hopefully it will be helpful for future visitors: 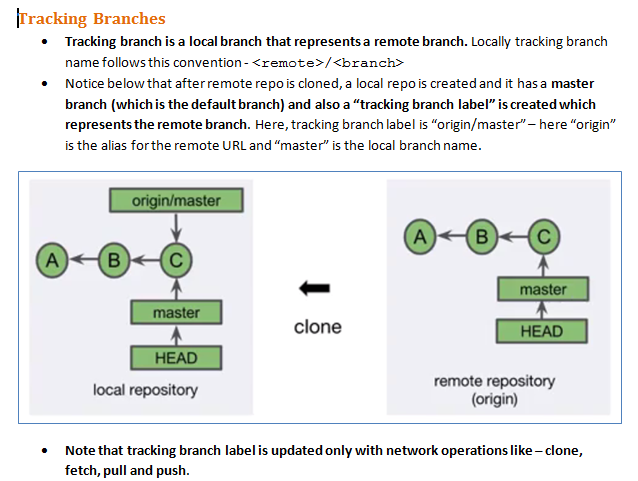 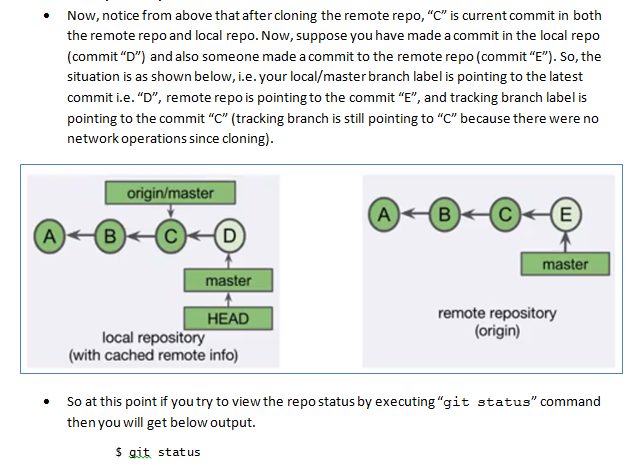 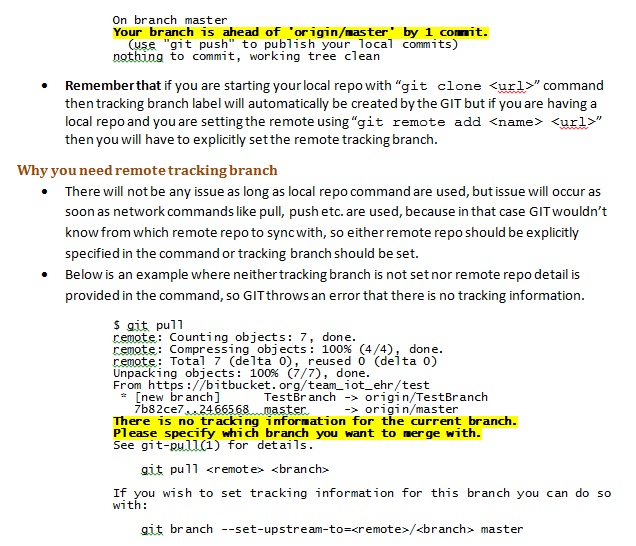 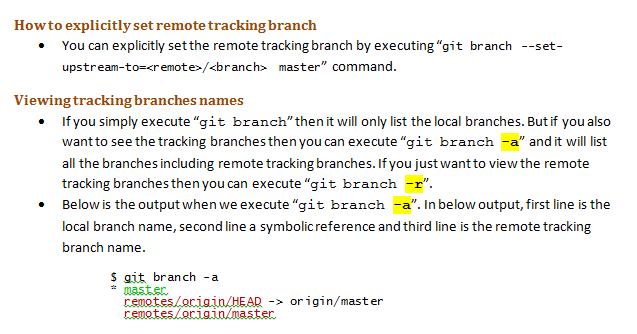 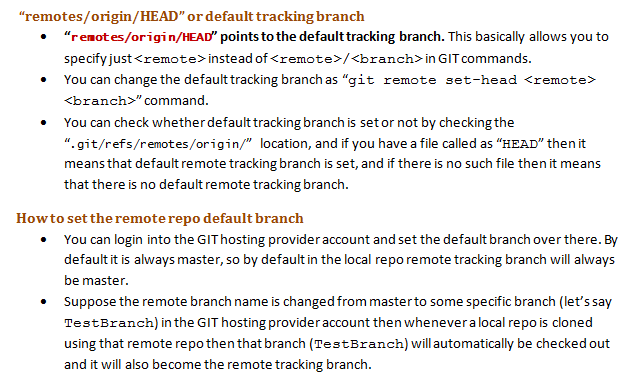 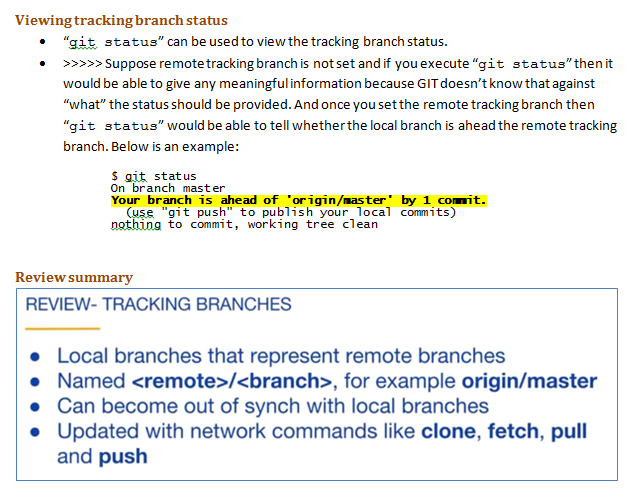 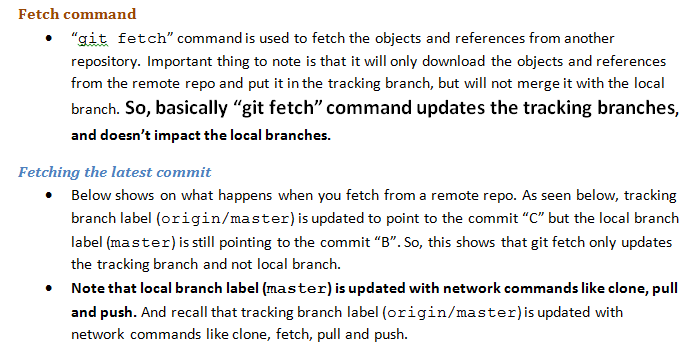 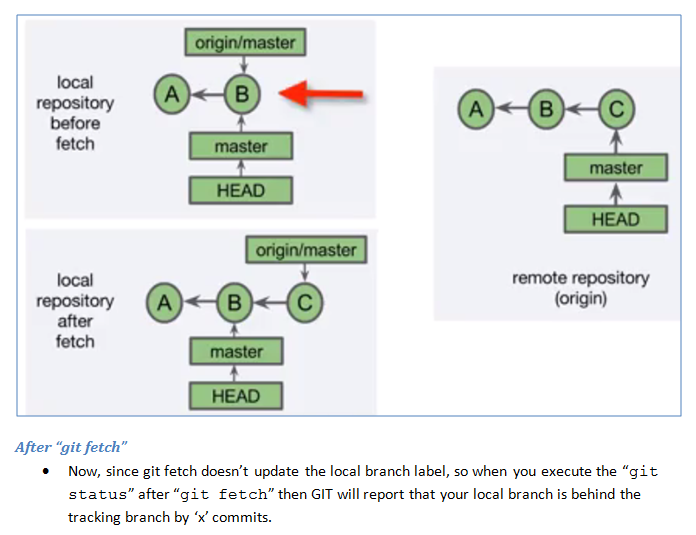 Not exactly. The SO question "Having a hard time understanding git-fetch" includes:

But actually, once you establish an upstream branch relationship between: 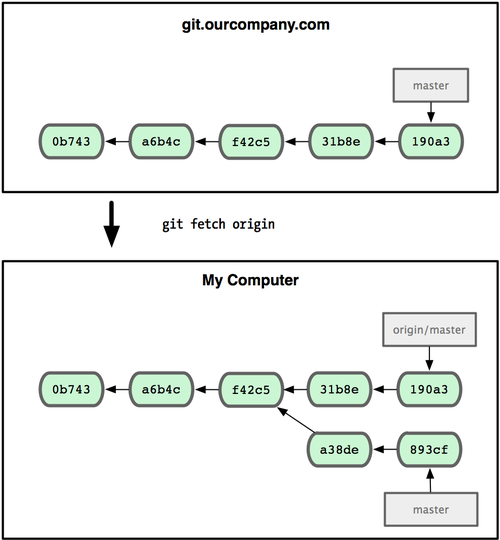 This was how I added a tracking branch so I can pull from it into my new branch:

0
What does mean tracking a branch in git / gitlab
901
Definition of “downstream” and “upstream”
1086
How to list branches that contain a given commit?
54
Having a hard time understanding git-fetch
45
git push vs git push origin <branchname>
17
Can't see remote branch
26
git fetch vs. git fetch origin master have different effects on tracking branch
16
How do I get `git clone --recursive` to recreate submodules' remotes and branches?
13
How to merge one remote branch into another remote branch?
20
Firedrill: Recreate central git repository from developers clones
See more linked questions