According to discussion in this, I have a new camera(Display Camera) for Display layer.

GreenCanvas is the Image with Background green color for my UI. DisplayCamera is the new camera to render 3D animation with its property Curling Mask is set to Display layer.

Model1 is the 3D animation I like to play. 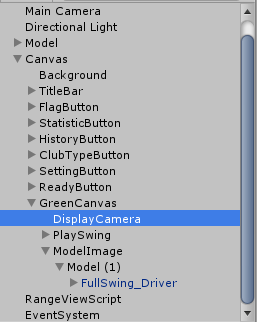 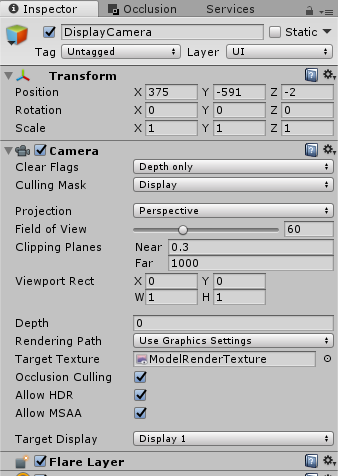 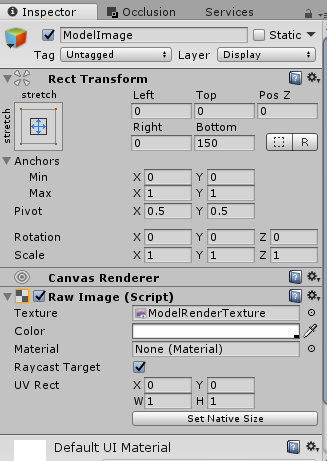 I can see model in the scene view of DisplayCamera.

But when I run the application, I don't see model and only see GreenCanvas. 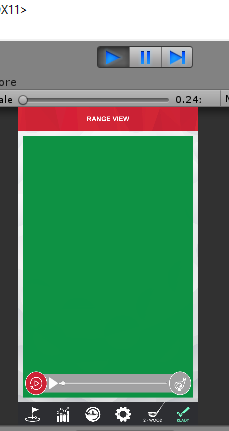 How can I see my model? What is missing?

Now I put DisplayCamera as a child of Model. Now I can see my model on running the application. But now I see two, how come another one come out?

Not the answer you're looking for? Browse other questions tagged unity3d unity5 unityscript unity3d-2dtools or ask your own question.

2
Unity, How to set the sprite in front the background Image?
3
Unity 4.6 UGUI Mask in Worldspace Canvas
1
Unity - Render Texture from Camera's targetTexture produces seams
1
Imported .fbx model not showing all parts based on camera position
2
Flip Normals in Unity 3D/spheres
0
How can stop my cameras outputting to the same render texture in Unity?
0
Offsetting the rendered result of a camera in Unity
0
How can i make the second camera to display in the bottom right corner in a small window only specific gameobject?