Yesterday I attempted to share a web page on Facebook, specifically https://share.novamanus.com/ad/659, however this did not preview correctly on Facebook. When I attempted to scrape this with the Facebook Open Graph Debugger I saw an error I've not encountered previously.

There was no additional information elaborating about what was going on. The response from the web page was HTTP 200. 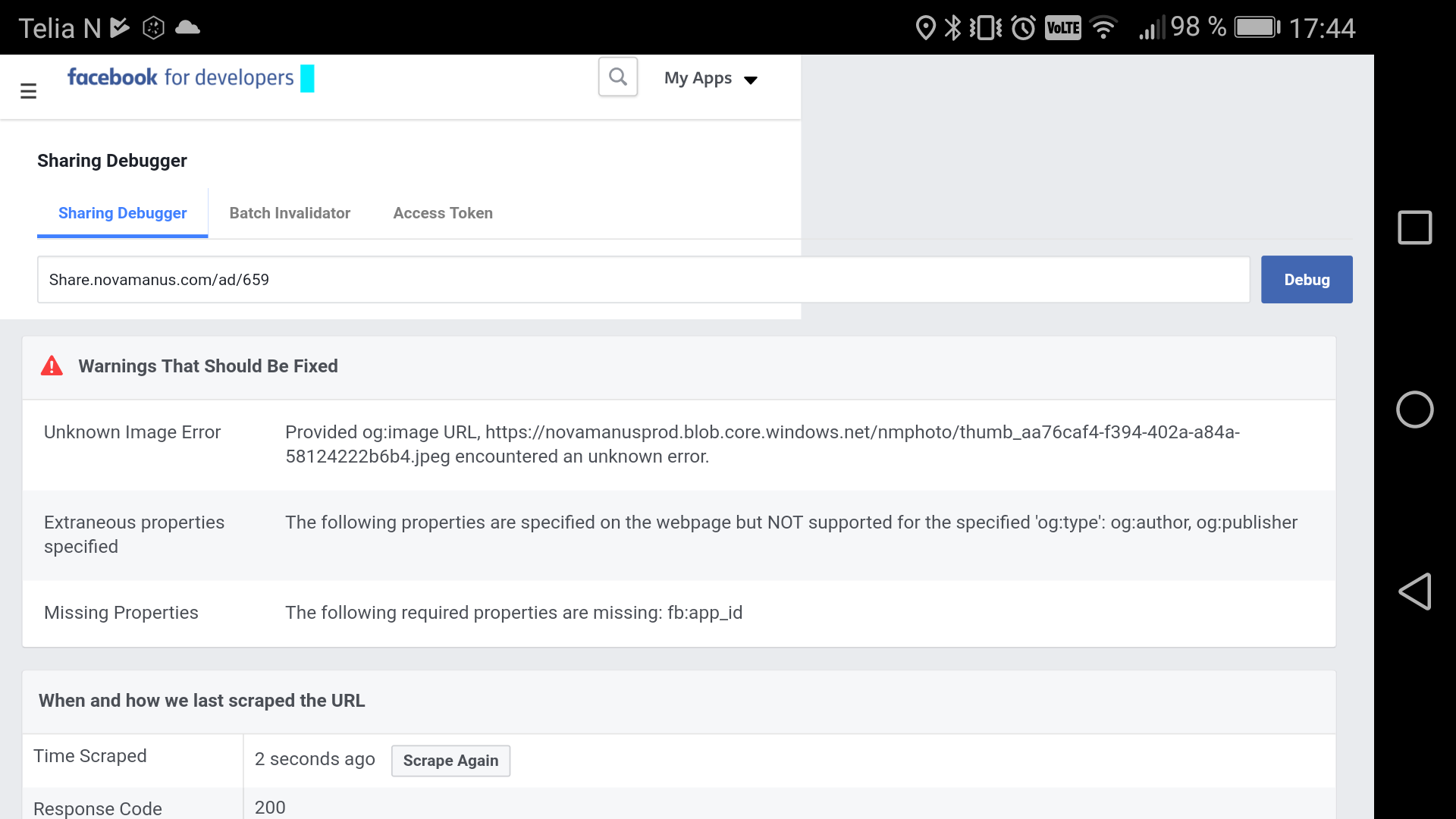 I could at the same successfully access the image url directly, but attempts to re-scrape the page with the Facebook Open Graph Debugger resulted in the same error message.

What could possibly be causing this? 30-40 minutes after this attempt everything worked perfectly. I've not been able to reproduce the issue thus far, nor has Azure blob storage logs told me anything.

I've encountered this same error and I checked the docs.

According to the documentation it recommends:

Since adding an image which has the minimum width of 1080px width this resolved my problem.

I also had this problem recently and I fixed it by uploading a smaller file (about 1024px wide, 72dpi ~ 100kb), it worked. I had to open the Facebook debugger and ask it re-scape the page.

Not the answer you're looking for? Browse other questions tagged facebook azure facebook-graph-api or ask your own question.

343
FB OpenGraph og:image not pulling images (possibly https?)
53
What is the minimum width and height Of Facebook Open Graph Images?
0
Facebook Open Graph Tags og:image does not show given image
2
facebook debugger og:image size error
298
Facebook OAuth "The domain of this URL isn't included in the app's domain"
0
Facebook 'og:image' property should be explicitly provided, even if a value can be inferred from other tags