If there is a repository that I only have git:// access to (and would usually just push+pull), is there a way to rename branches in that repository in the same way that I would do locally with git branch -m?

You just have to create a new local branch with the desired name, push it to your remote, and then delete the old remote branch:

Then, to see the old branch name, each client of the repository would have to do:

NOTE: If your old branch is your main branch, you should change your main branch settings. Otherwise, when you run $ git push origin :old-branch-name, you'll get the error "deletion of the current branch prohibited".

If you really just want to rename branches remotely, without renaming any local branches at the same time, you can do this with a single command:

I wrote this script (git-rename-remote-branch) which provides a handy shortcut to do the above easily.

As a bash function:

First checkout to the branch which you want to rename:

To remove an old branch from remote:

Sure. Just rename the branch locally, push the new branch, and push a deletion of the old.

The only real issue is that other users of the repository won't have local tracking branches renamed.

"Renaming" a remote branch is actually a 2 step process (not necessarily ordered):

I use TortoiseGit and when I first tried to delete the branch through the command line, I got this:

Please make sure you have the correct access rights and the repository exists.

This was likely due to pageant not having the private key loaded (which TortoiseGit loads automatically into pageant). Moreover, I noticed that TortoiseGit commands do not have the origin ref in them (e.g. git.exe push --progress "my_project" interesting_local:interesting).

I am also using Bitbucket and, as others web-based online git managers of the sort (GitHub, GitLab), I was able to delete the remote branch directly through their interface (branches page):

However, in TortoiseGit you may also delete remote branches through Browse References: 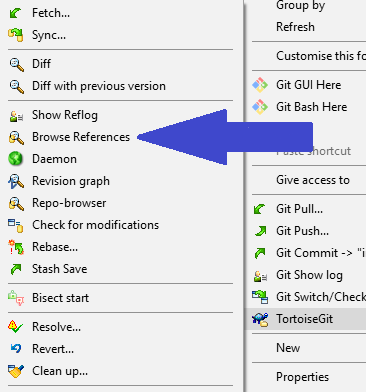 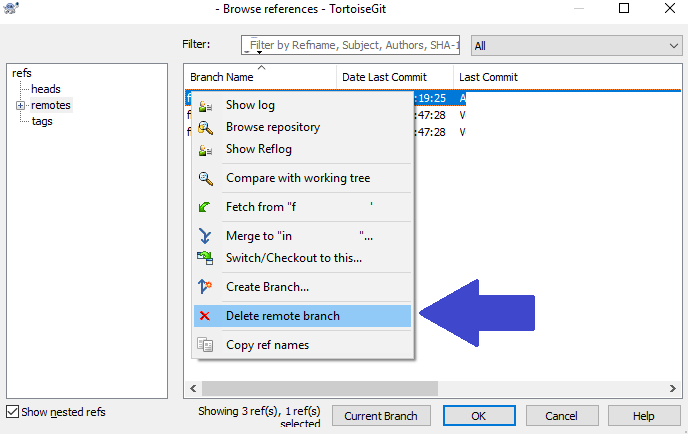 After deleting the old remote branch I pushed directly into a new remote branch through TortoiseGit just by typing the new name in the Remote: field of the Push window and this branch was automatically created and visible in Bitbucket.

However, if you still prefer to do it manually, a point that has not been mentioned yet in this thread is that -u = --set-upstream.

From git push docs, -u is just an alias of --set-upstream, so the commands in the answers of Sylvain (-set-upstream new-branch) and Shashank (-u origin new_branch) are equivalent, since the remote ref defaults to origin if no other ref was previously defined:

In the end, I did not manually type in or used any of the commands suggested by the other answers in here, so perhaps this might be useful to others in a similar situation.

I don't know why but @Sylvain Defresne's answer does not work for me.

I have to unset the upstream and then I can set the stream again. The following is how I did it.

You can create a new branch based on old-name branch. Just like this, then delete the old branch, over!!! 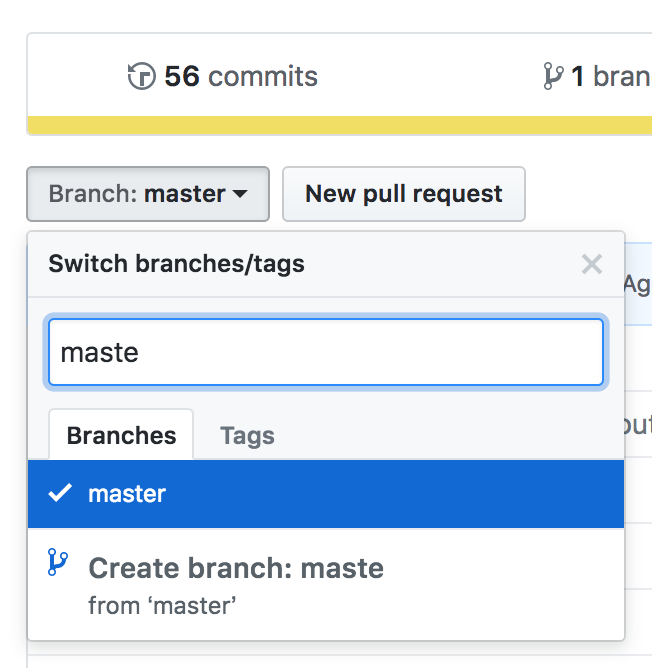 Adding to the answers already given, here is a version that first checks whether the new branch already exists (so you can safely use it in a script)

(the check is from this answer)

Not the answer you're looking for? Browse other questions tagged git branch rename or ask your own question.

9244
How do I rename a local Git branch?
845
Rename master branch for both local and remote Git repositories
661
How do I rename both a Git local and remote branch name?
122
How to check if remote branch exists on a given remote repository?
84
I can't delete a remote master branch on git
4
bitbucket promote a feature branch to be the master
4
Rename merged branch name in bitbucket
3
How to change topic name of Gerrit via command line
2
change branch into new master github
1
How do force merge everything i have locally into the remote master?
See more linked questions

7210
How to remove local (untracked) files from the current Git working tree
3460
Undoing a git rebase
12452
What is the difference between 'git pull' and 'git fetch'?
3659
Make an existing Git branch track a remote branch?
22484
How do I undo the most recent local commits in Git?
7891
How do I force “git pull” to overwrite local files?
3317
How do you create a remote Git branch?
17846
How do I delete a Git branch locally and remotely?
4700
How do I push a new local branch to a remote Git repository and track it too?
2511
Git fetch remote branch