Docker: "no matching manifest for windows/amd64 in the manifest list entries"

I use Docker on Windows, and when I tried to pull a PHP image with this command

I got this message:

How can I fix this problem?

I had this same issue on Windows 10. I bypassed it by running the Docker daemon in experimental mode: 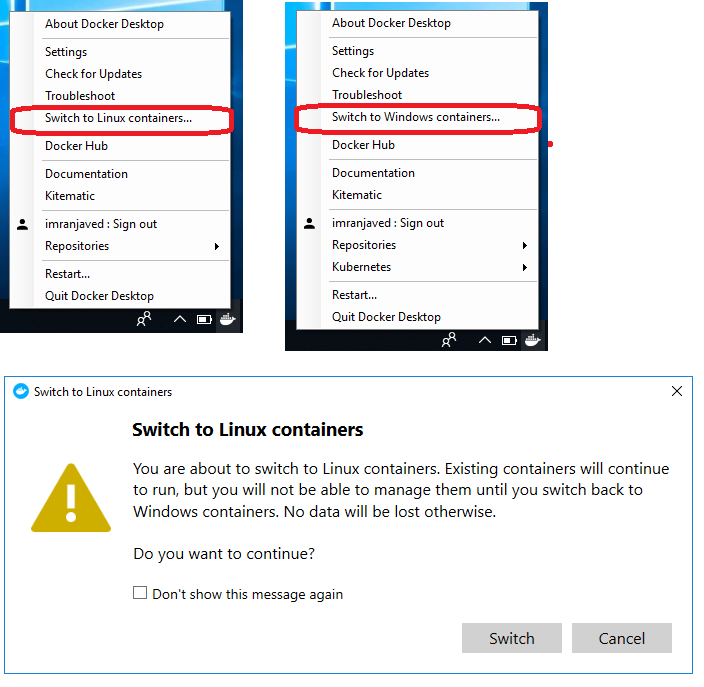 You are in Windows container mode. So if you're not sure that the image you want to pull is built for the Windows architecture, you need to switch to Linux containers.

In my case it was that the Windows OS version I was on did not support the tag I was trying to pull. Utilizing an older tag allowed me to get this to work. 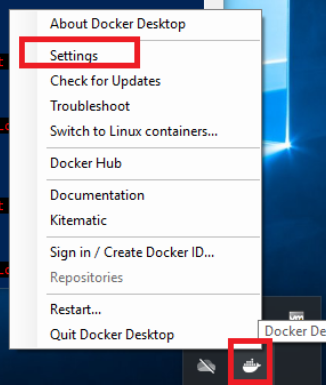 Step 2: Basic to Advanced and setting the "experimental": true 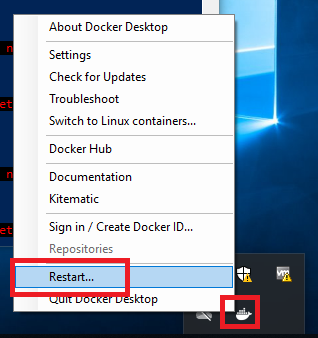 Another possible way to do this:

I solved this in Windows 10 by running in admin Powershell:

You need to pull with the Linux platform first, then you can run on Windows: 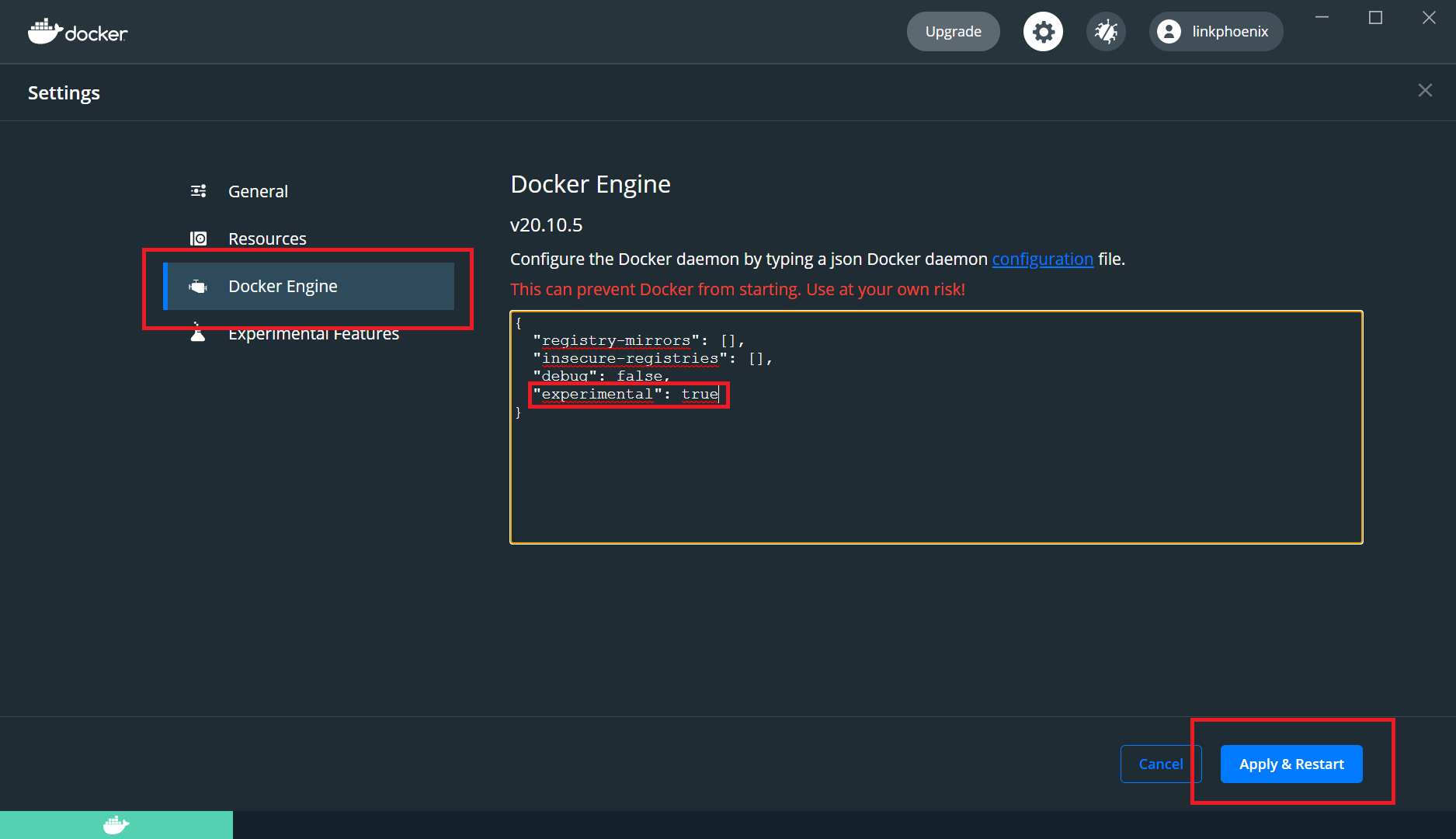 You can also modify the configuration file manually by opening it with your favorite code editor (Visual code, Notepad++...), like this for example:

Or change the string directly with Powershell

After your need restart the Docker daemon

Check the status of the service

If adding --experimental does not work, consider re-installing docker for windows.

try the above command. what you are pulling should be compatible with the underlying windows version you are in. above will work if you are in windows server 2016.

This just happened to me after I upgraded Docker Desktop (previously configured with WSL2 integration.)

In case you ran into this after an upgrade, just FYI that I had to do the following:

If you don't do this, you might not be able to open up the Settings tab on Docker Desktop.

Then, you need to switch to Linux Containers in Settings (by unchecking "Use the WSL2 based engine"), then restart. 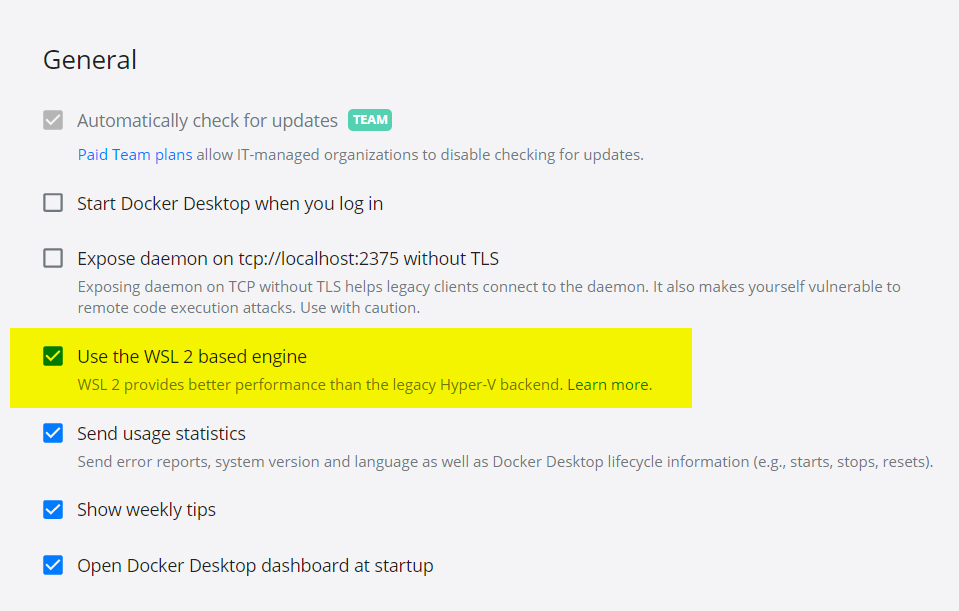 At this point, just run a quick test that downloads an image and runs a container off it, to see if that solves the issue:

From there, if you were running with WSL2 integration, simply go back to the Settings screen and undo the selection we did in step number two (which will restart docker.)

At that point, you will see all images and stopped containers you had prior to the upgrade.

I have encountered this error when I started learning docker and my understanding of this scenario is below:

why you hit this issue: Because you're referring the image of Linux based and you're currently using windows base platform to run/ build docker image.

Resolution: Short answer: Either switch your current platform to Linux mode or pull the windows based image. Here is the list of possible options:

Consider the applications that you are pulling - are they Windows based? If not, you need to run a Linux container.

This may not only happen due to windows containers!

Today all Node.Js docker images are not pullable. Always check the image you are trying to pull before.

I had the same problem to run Windows IIS image using docker for Windows. Reading the Mohammad Trabelsi response above I realised that to solve my problem I needed to switch my containers (on docker) for Windows containers.

I was getting this error in my Azure DevOps pipeline.

The problem was I had selected the Hosted VS2017 instead of the Hosted Ubuntu. After changing the same as follows, the build was successful.

We are deprecating the ‘latest’ tag across all our Windows base images to encourage better container practices. At the beginning of the 2019 calendar year, we will no longer publish the tag ; We’ll yank it from the available tags list.

We strongly encourage you to instead declare the specific container tag you’d like to run in production. The ‘latest’ tag is the opposite of specific; it doesn’t tell the user anything about what version the container actually is apart from the image name. You can read more about version compatibility and selecting the appropriate tag on our container docs .

In my case I had to update windows first, after that the problem has gone. 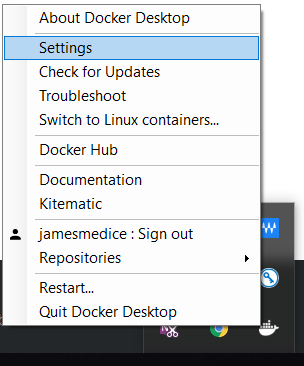 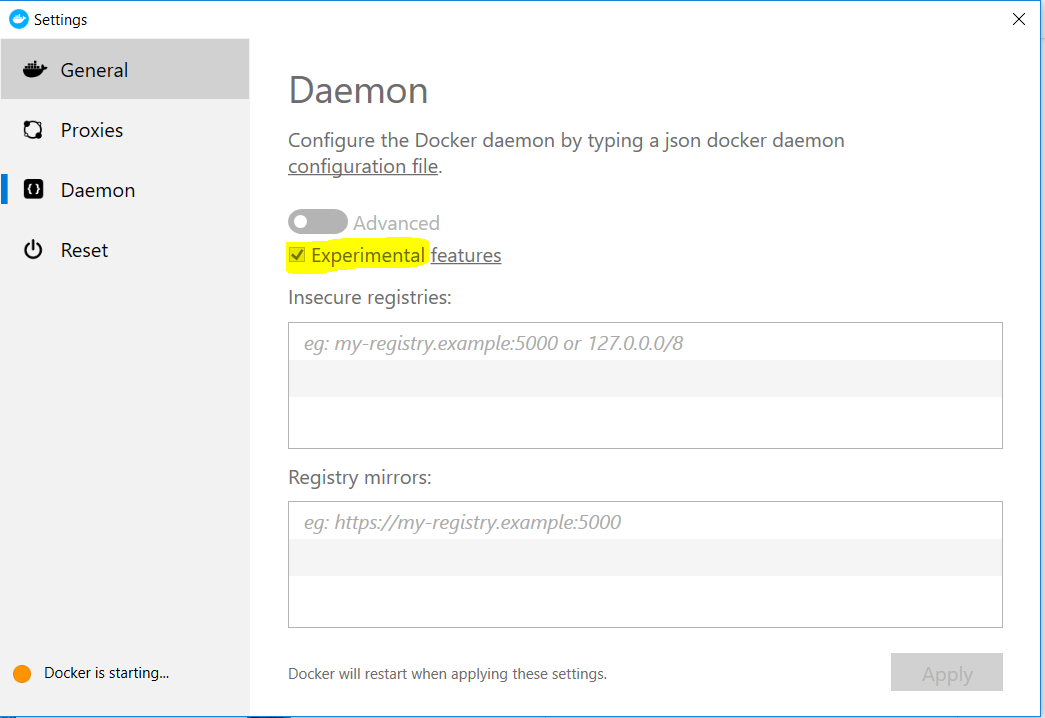 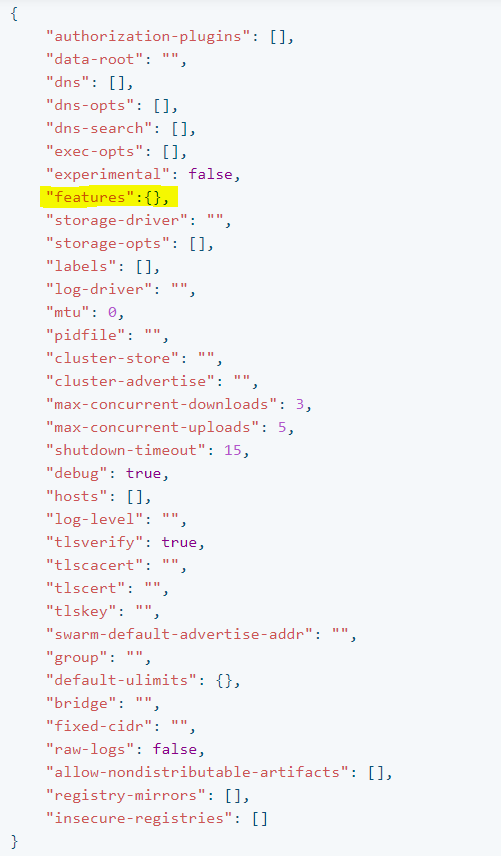 For me, it is because of access denied to C:\ProgramData\Docker\config\daemon.json After I fixed it now it works. You can try to switch to Linux containers and switch back. If there is no problem with the switching, then it works with the access permission.

Make sure you aren't trying to use Linux/WSL to pull a Windows image.

Use a Powershell terminal instead.

The reason it is showing this message because it is unable to find Linux containers as running. So, make sure you switch from windows to linux containers before running it.

0
Docker Installation Error on Step 1/11 ./bin/acore-docker-build
0
How to start a nginx Docker container?
10
docker :manifest for microsoft/windowsservercore:latest not found
8
Docker On Windows10: No matching manifest for unknown?
2
Docker - build fails with operating system is not supported and The command '/bin/sh -c npm install' returned a non-zero code
3
Enable Remote Desktop on Windows 10 Container
2
Azure DevOps hosted-agent failed to pull windows:2004
-1
No matching manifest for unknown in the manifest list entries for Node
1
`Failed to solve with frontend dockerfile.v0...` how to tackle?
1
Docker for Desktop error during connect: Post A connection attempt failed because the connected party did not properly
See more linked questions

965
How to list containers in Docker
1927
How to get a Docker container's IP address from the host
578
Docker can't connect to docker daemon
2676
From inside of a Docker container, how do I connect to the localhost of the machine?
629
Docker error : no space left on device
1342
How to force Docker for a clean build of an image
390
Cannot connect to the Docker daemon on macOS
0
no matching manifest for windows/amd64 10.0.17134 in the manifest list entries
284
Docker (Apple Silicon/M1 Preview) MySQL "no matching manifest for linux/arm64/v8 in the manifest list entries"