Negative margin is generally not needed but there are situations where it’s really useful. For example: why use negative margins?

For now, when I set margin for a container to a negative value, I got the following error:

The container has a useful transform property. 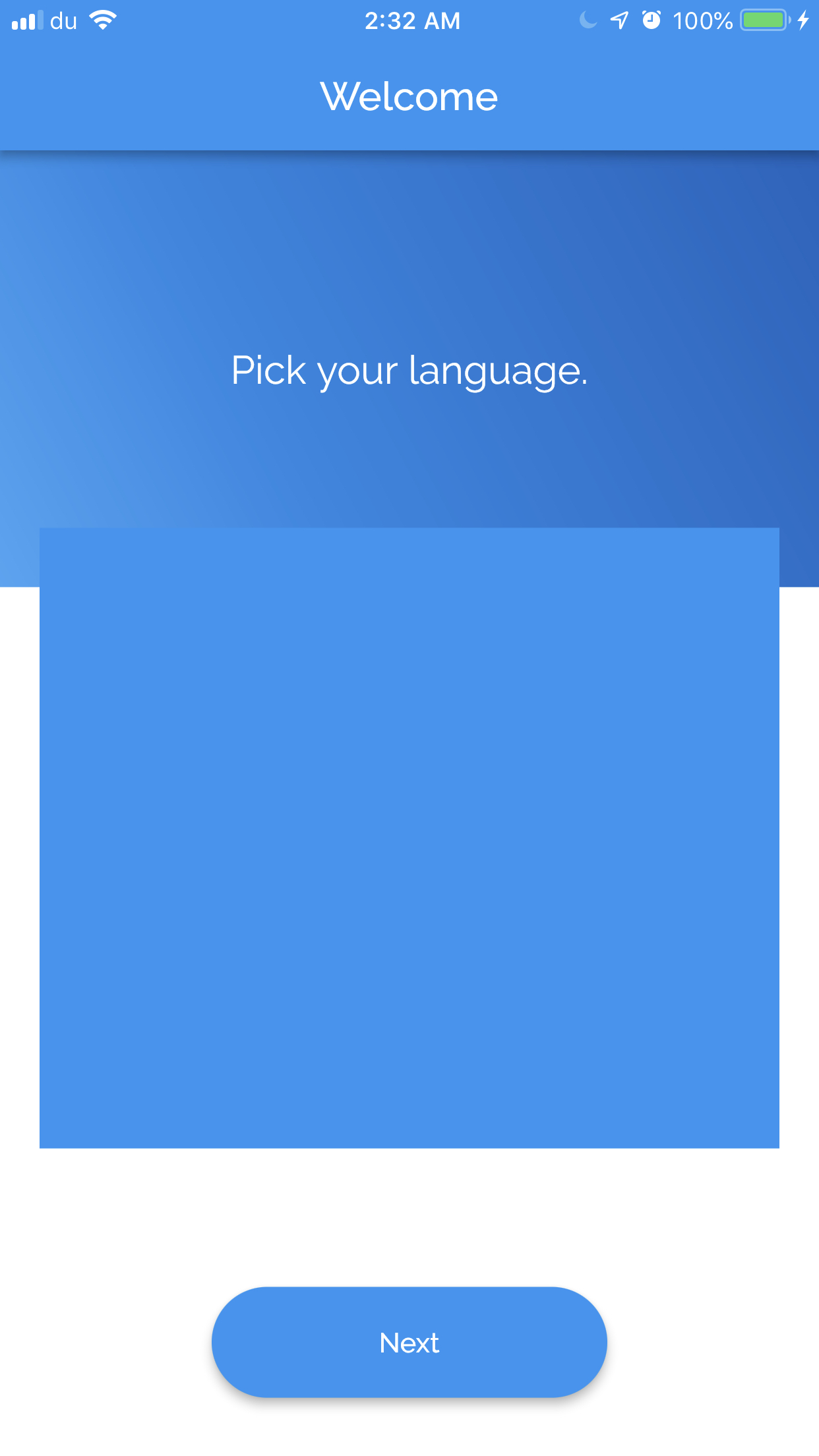 I'm gonna give an answer for this, mostly because I had to find a way to do this.

I would like to say that it is not ideal and could likely be accomplished in a better way, but it does give the desired effect.

As you can see, the text can be pulled negatively outside its parent using a stack:

To answer this question you first have to define what "negative margins", or really "margins" in general, really are. In CSS, margins have various meanings in the various layout models, most commonly, they are one of several values that contribute to computing the offset that the block layout model uses to place subsequent children; a negative total margin in this case merely means the next child is placed above the bottom of the previous child instead of after it.

In Flutter, as in CSS, there are several layout models; however, there is currently no widget that is equivalent to the CSS block layout model (which supports margin collapsing, negative margins, skipping floats, etc). Such a layout model could certainly be implemented, it just hasn't been implemented yet, at least not in the framework itself.

To implement such a layout model, you would create a RenderBox descendant similar to RenderFlex or RenderListBody, probably providing a way to set the margins of each child using a ParentDataWidget in the same way that Flex children can have their flex configured using the Expanded widget.

Probably the most complicated part of designing a new layout model like this would be deciding how to handle overflow or underflow, when the children are too big or too small to fit the constraints passed to this new layout render object. The RenderFlex render object has a way to distribute the space if the children underflow, and considers it an error if they overflow (in debug mode, this is shown by a yellow-and-black striped warning area and a message logged to the console); the RenderListBody render object on the other hand takes the view that the constraints must be unbounded in the main axis, which means you can basically only use this layout model inside a list (hence the name).

If writing a new layout model is not attractive, you could use one of the existing layout widgets that allow overlapping children. Stack is the obvious choice, where you set the explicit positions of each child and they can overlap arbitrarily (this is vaguely similar to the CSS absolute position layout model). Another option is the CustomMultiChildLayout widget, which lets you layout and position each child in turn. With this, you could position each child one after the other, simulating negative margins by setting the position of the subsequent child to a value that's derived from the size and position of the previous child, but such that the subsequent child's top is above the previous child's bottom.

If there's interest in a block-like layout model, we could certainly implement it (please file a bug and describe the model you'd like implemented, or, implement it yourself and send a pull request for review). So far, though, we've not found that it has been that useful in practice, at least not useful enough to justify the complexity.

The short answer is "No, it doesn't".

To give few more details, Flutter has a sophisticated but effective algorithm for rendering its widgets. Margins and Paddings are analyzed at runtime, and the final size and position of the widget is determined. When you try to issue a negative margine you are purposefully creating a not valide layout where a widget is somehow dropping out of the space it is supposed to occupy.

Anyhow I believe you should formulate better the question in another thread and really ask a solution for the behavior you are trying to achieve with those negative margins. I am sure you'll get much more that way.

No, Flutter does not allow negative margins but just in case you still want your widgets to overlap each other, you can use a Stack with Positioned which will allow you to generate the layout which you can do with negative margins.

Here is an example :

This will result in :

NOTE: You can also give negative values in Positioned Widget.

You can use OverflowBox to disregard certain constraints. 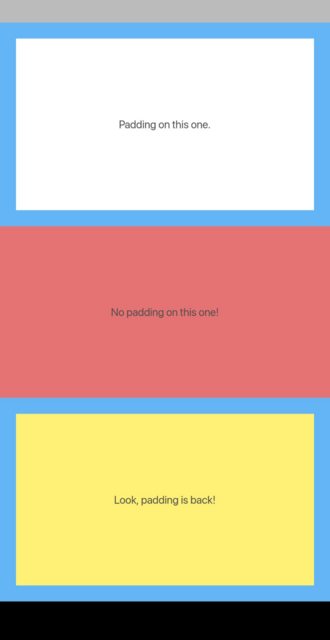 A hack if you really want this (for example, me) and need performance:

Disadvantage: The hit testing has problem on those edges. But if you only want to display the widget without wanting to click it, it is completely fine.

How to use it: As if you are using Padding widget, except that now your padding can be negative and no errors will happen.

Not the answer you're looking for? Browse other questions tagged flutter or ask your own question.

1
why use negative margins?
0
Firestore flutter app gets error after 2 seconds?
0
How to overlap button on BottomSheet in Flutter?
-1
Negative margin in Flutter to stretch carousel
0
How to have negative space between widgets in a column?

0
If case not working inside Widget [Flutter]
0
Flutter video_player in TabBarView
4
Scrollcontroller in flutter error Exception has occurred
7
Flutter DropdownButton - populate items from rest webservice
6
Getting screen size in a class without buildcontext in Flutter
1
Flutter Failed assertion: line 513 pos 14: 'file != null': is not true
5
The video_player plugin fails to play videos - Flutter