The Bot State API is deprecated. Please refer to https://aka.ms/I6swrh for details on how to replace with your own storage. Anyone know what is the problem and how to configure? Is it local storage problem ? 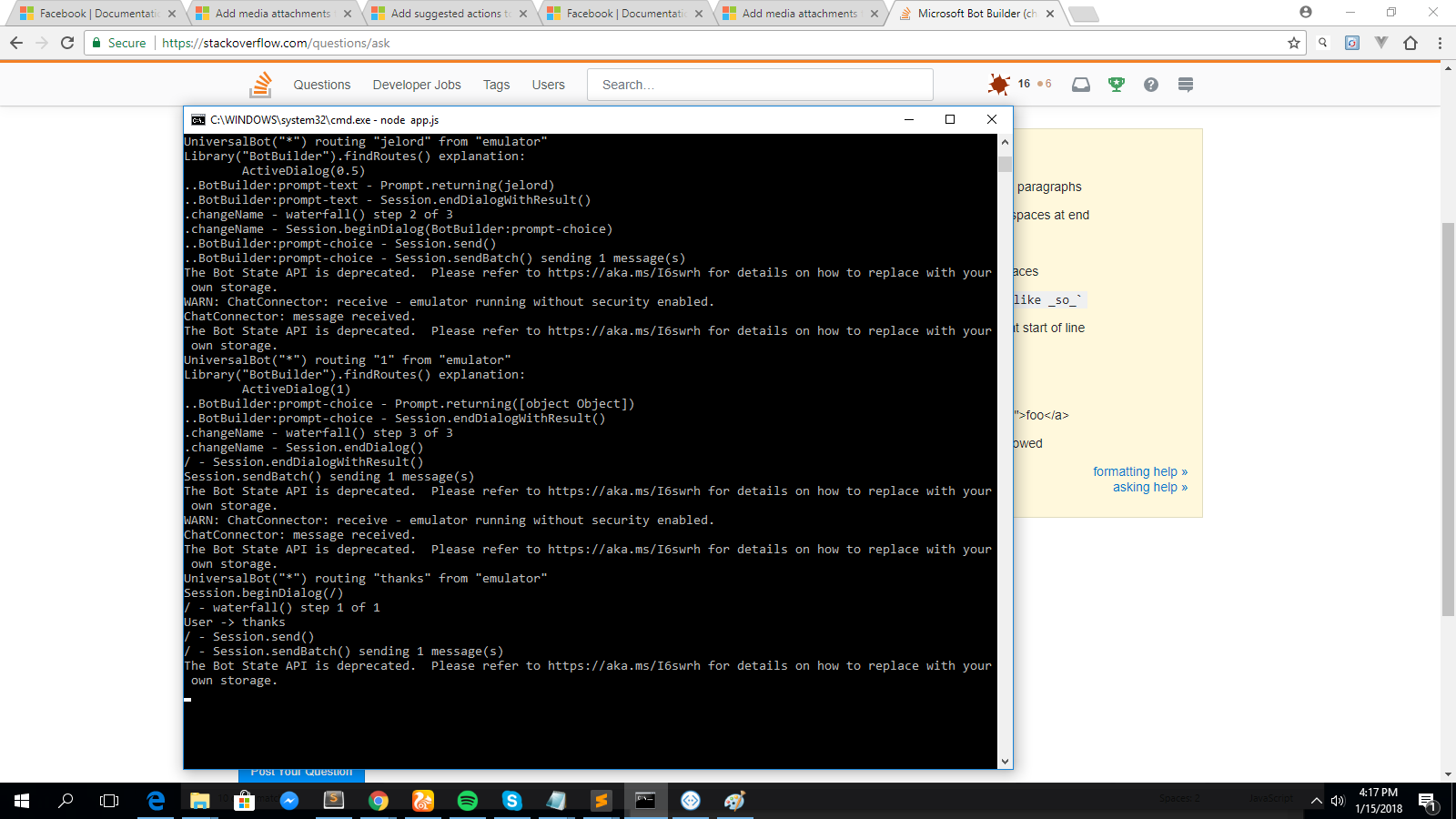 In the previous versions of botbuilder microsoft provided a state api for bots. The state api managed the state of the bot as you might expect; things like the user data, the conversation data, the dialog data etc.

They have since deprecated this API and provided a way which you can implement your own storage adapters, or indeed us available packages to do so.

The botbuilder module provides an in memory storage which obviously is fine while the bot is running but will be lost if the bot crashes and isn't suitable if you intend to load balance the bot across multiple machines.

I tend to use the in memory storage for local development and in production switch it out with a different adapter.

However, there are other storage adapters available

I tend to use the following package botbuilder-storage with the DynamoDB adapter. It also offers Redis and MongoDB adapters.

Need fix this by manually setting the memory storage:

Not the answer you're looking for? Browse other questions tagged node.js api bots chatbot or ask your own question.