How to install Orca - which Windows SDK(s) contain the Orca MSI editing tool?

According to various web pages, orca.msi/orca.exe is primarily distributed as part of the Windows SDK.

But I can't find orca.msi or orca.exe anywhere on my machine. Is this tool no longer packaged with the Windows SDKs? Do I need to install one of the older Windows SDKs as well? Is there an optional Visual Studio 2015 component that I can install to get Orca?

An MSDN page for orca.exe eventually leads me to a download page for Microsoft Windows SDK for Windows 7 and .NET Framework 3.5 SP1. Is this the most recent SDK which includes orca.msi, or can it be found in newer SDKs such as the Win7/.NET4.0 or Windows 8 or Windows 8.1 SDKs?

You can pick it from Windows SDK ISO.

Thanks to the confirmation from @pnp0a03 that Orca is still present in modern Windows SDK ISOs, I was able to figure out an install process which does not require re-downloading the full ISO.

It turns out that the Windows 10 SDK can install orca (though the file is now named orca-x86_en-us.msi) but it is not installed by default when you install the SDK via the Visual Studio installer. It is an optional component of the SDK, and the Visual Studio 2015 installer does not offer any control over which SDK components are installed. You have to separately run the SDK installer to install the component which contains Orca.

To do so, go to "Apps and Features", select the most recent Windows Software Development Kit from the installed apps list, and click "Modify". 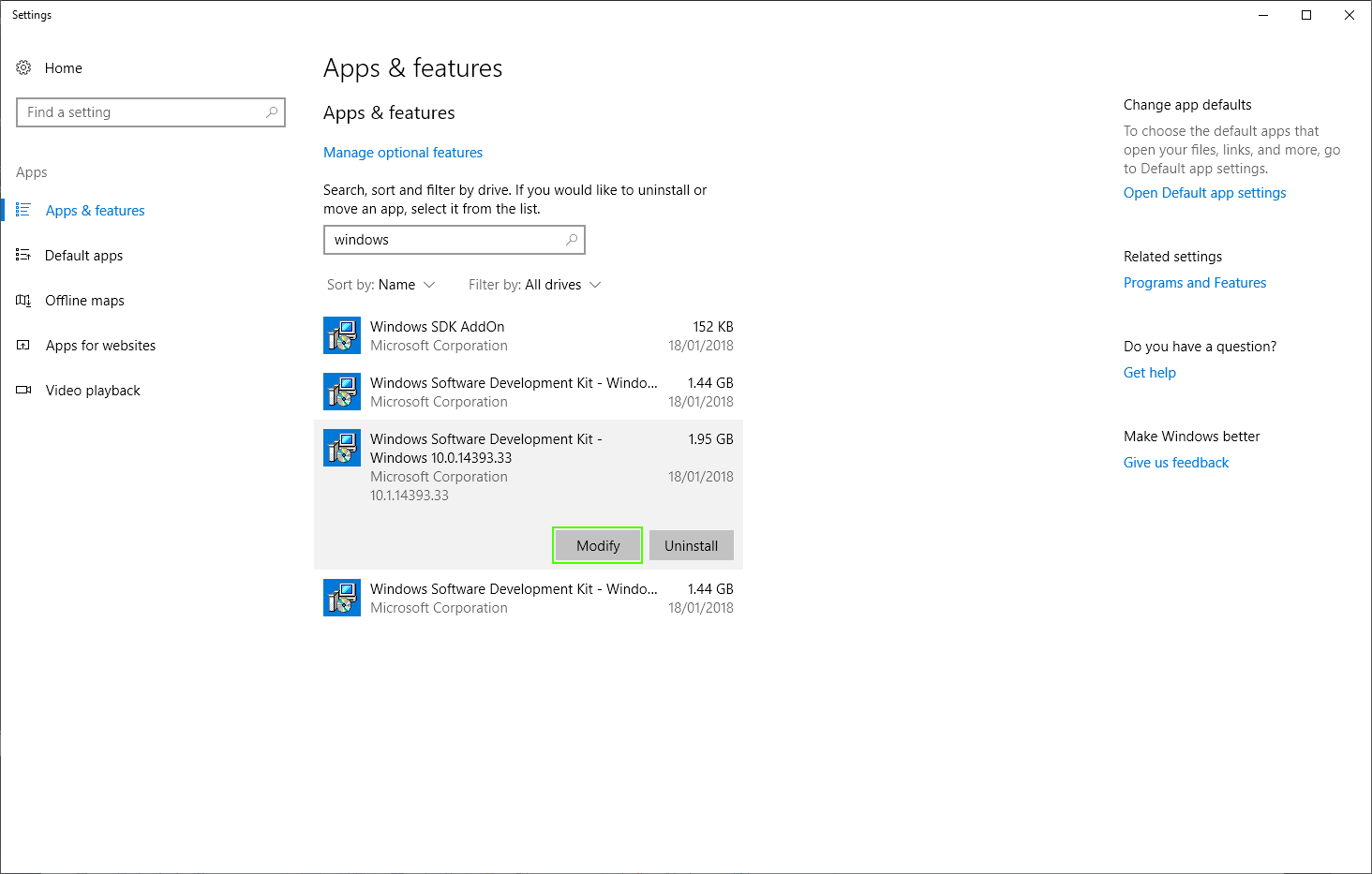 This starts the installation wizard for the SDK itself. 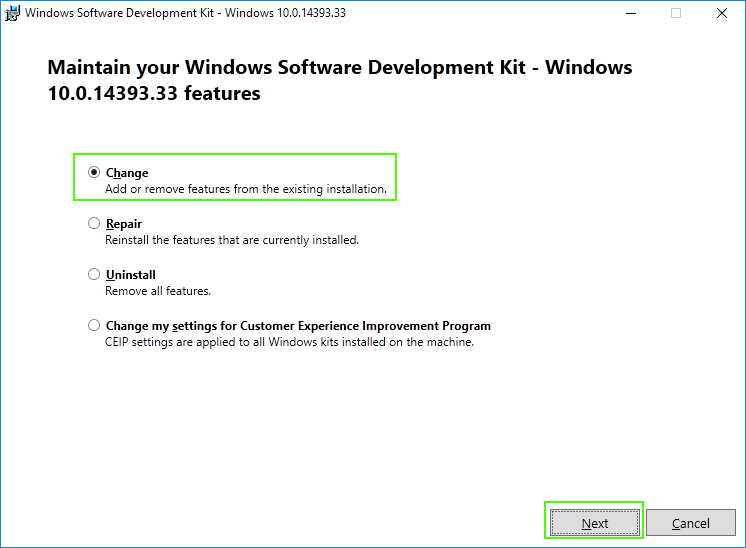 Now you can edit which SDK features are installed. Select "MSI Tools" and click Change: 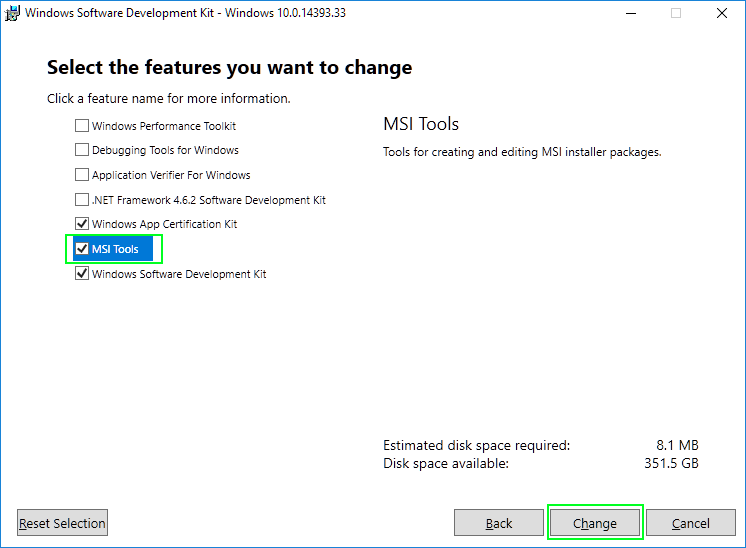 After the wizard completes, the Orca installer can now be found in the SDK's install path. On my machine, that's located at C:\Program Files (x86)\Windows Kits\10\bin\x86\Orca-x86_en-us.msi. Running that MSI package installs the latest version of Orca itself.

I was able to successfully download and install it the following way:

NOTE: In the link provided above, you can find an archive of older, as well as newer Windows versions too - if required.

Not the answer you're looking for? Browse other questions tagged windows visual-studio sdk orca or ask your own question.

2396
How can you find out which process is listening on a port on Windows?
2567
How can I install pip on Windows?
3
How to Install Portable Library Tools on Visual Studio 2010 Express for Windows Phone
7
How to build against the windows 8.1 SDK
10
Package Installation Error Microsoft.NetCore.UniversalWindowsPlatform.5.0.0
0
Error 1603 while installing Visual Studios for Hololens Development
88
How to fix the error “Windows SDK version 8.1” was not found?