When I run an api call, I get this error:

In the Content Explorer, I navigated to Root/System/Settings/Portal.settings. In the settings, I added the next code to the bottom of the file:

I've also tried it with [ "*" ] and [ "localhost" ] instead of the two localhosts. Here is a screenshot of the portal.properties file. I didn't forget to click the save button after changing the value. I expected this would fix the issue, but it didn't. Even though it should not involve a restart, I tried restarting the asp.net project and the server. That didn't resolve the problem either. I tried these solution because the sensenet wiki and the sensenet docs stated that the url's of external applications should be added to the AllowedOriginDomains to whitelist them.

How do I fix the error above, which I get when I try to reach the API with an external program?

I don't think the Angular call is the issue here, but just in case:

Here is the error one more time:

Add "localhost" to the list of allowed origins in the settings file, without the protocol and port.

It turns out this is a bug or limitation in Sensenet 7.0.0. You can see the status here.

Both these api calls now work using the workaround:

I believe your requests do not match by headers or methods (POST, GET, PUT, etc)

As Miklós has mentioned one of the sites should have a different url than localhost. I've made a quick test and it worked without https so the steps are the follwowings: 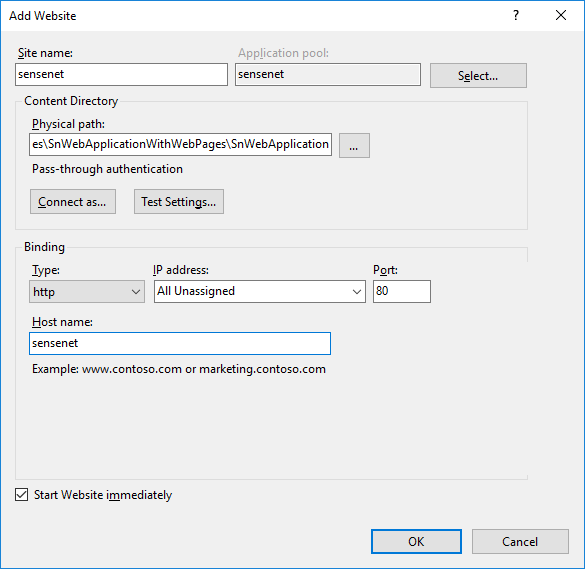 With these steps above I managed to fix the CORS error.

Not the answer you're looking for? Browse other questions tagged angular cross-domain sensenet or ask your own question.