Difference between Kubernetes and Service Fabric

I have worked on Kubernetes and currently reading about Service Fabric, I know Service Fabric provides microservices framework models like stateful, stateless and actor but other than that it also provides GuestExecutables or Containers as well which is what Kubernetes also does manage/orchestrate containers. Can anyone explain a detailed difference between the two?

You can see in this project paolosalvatori/service-fabric-acs-kubernetes-multi-container-appthe same containers implemented both in Service Fabric, and in Kubernetes.

Their "service" (for external ingress access) is different, with Kubernetes being a bit more complete and diverse: see Services.

The reality is: there are "two slightly different offering" because of market pressure.
The Microsoft Azure platform, initially released in 2010, has implemented its own Microsoft Azure Fabric Controller, in order to ensure the services and environment do not fail if one or more of the servers fails within the Microsoft data center, and which also provides the management of the user's Web application such as memory allocation and load balancing.

But in order to attract other clients on their own Microsoft Data Center, they had to adapt to Kubernetes, released initially in 2014, which is now (2018) either adopted or closely considered by... pretty much everybody (as reported in late December)
(That does not mean one is "better" than the other,
only that the "other" is more "visible" than the first ;) )

So it is less about "a detailed difference between the two", and more about the ability to integrate Kubernetes-based system on Microsoft Data Centers.

This is in line (source: detailed here) with Microsoft continued its unprecedented shift toward an open (read: non-proprietary) staging platform for Azure (with Deis).
And Kubernetes orchestrator is available on Microsoft's Azure Container Service since February 2017.

You can see other differences in their architecture of a deployed application: 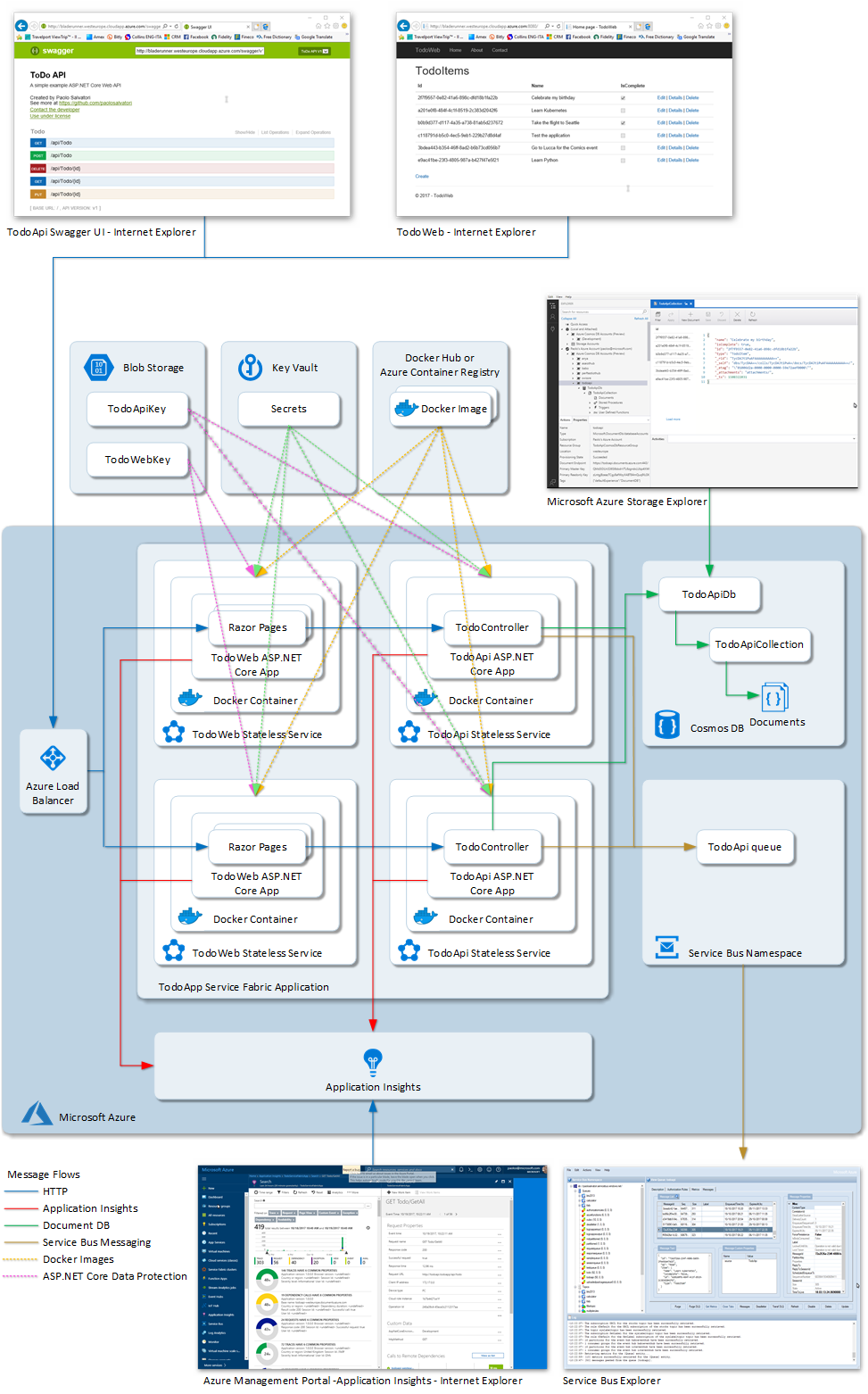 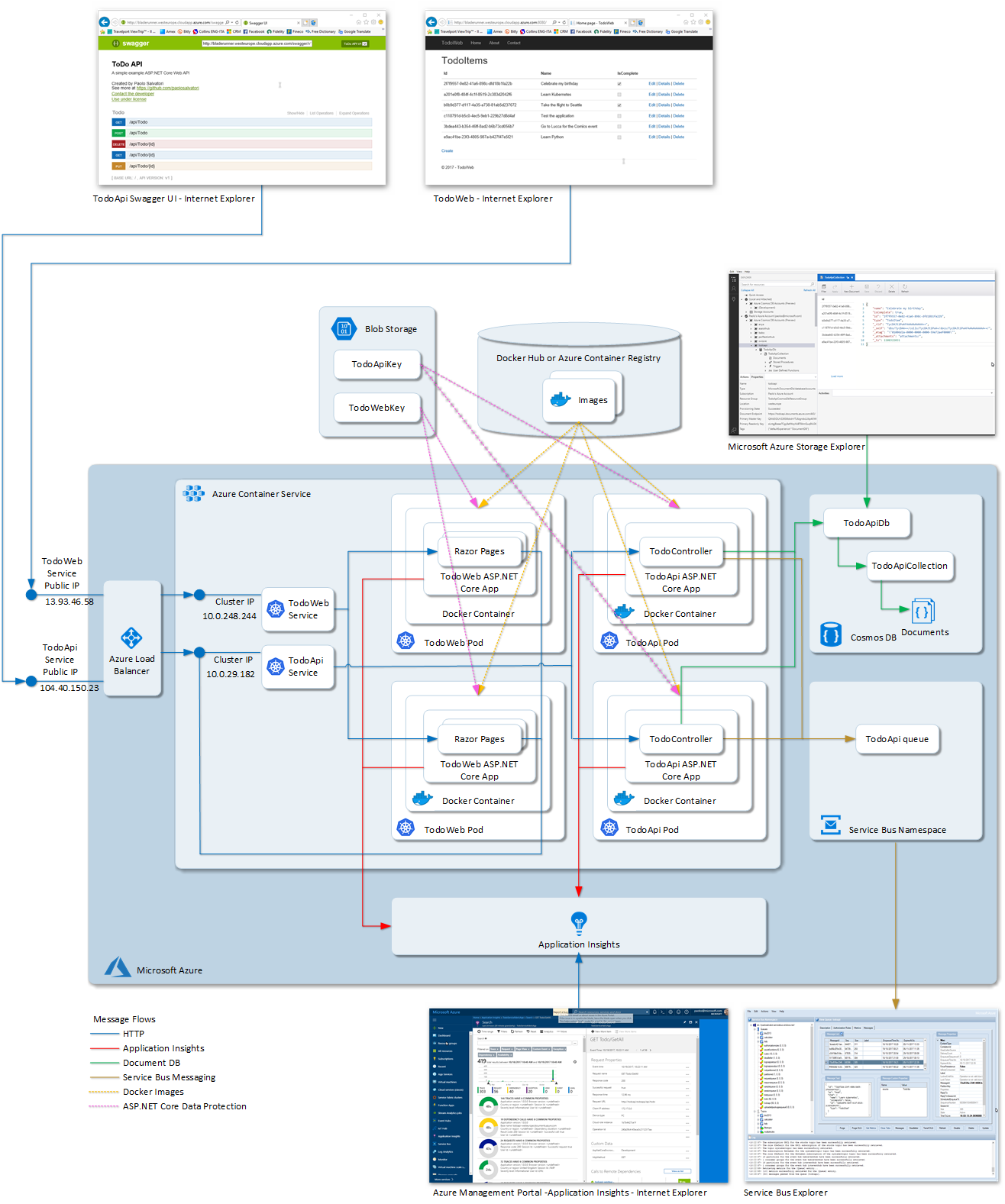 Both are different. Kubernetes manages rkt or other containers.

Service Fabric is not for managing containers. In case it manages some, that does not make it its purpose. That does not enable it for a comparison with Kubernetes.

eg: When a pod dies Kubernetes puts it to other nodes immediately. The part of SF that manages containers does not do this, it is done by some other area of Service Fabric. And outside containers. And was not designed with containers in mind.

Not the answer you're looking for? Browse other questions tagged kubernetes containers azure-service-fabric or ask your own question.