There are some questions about this topic, but none has a real answer. The question is: how can I measure L1, L2, L3 (if any) cache misses on macOS?

The problem is not that macOS does not provide, in theory, those values even without any external tool. In Instruments we could use the Counters and go to Recording Options... as in here: 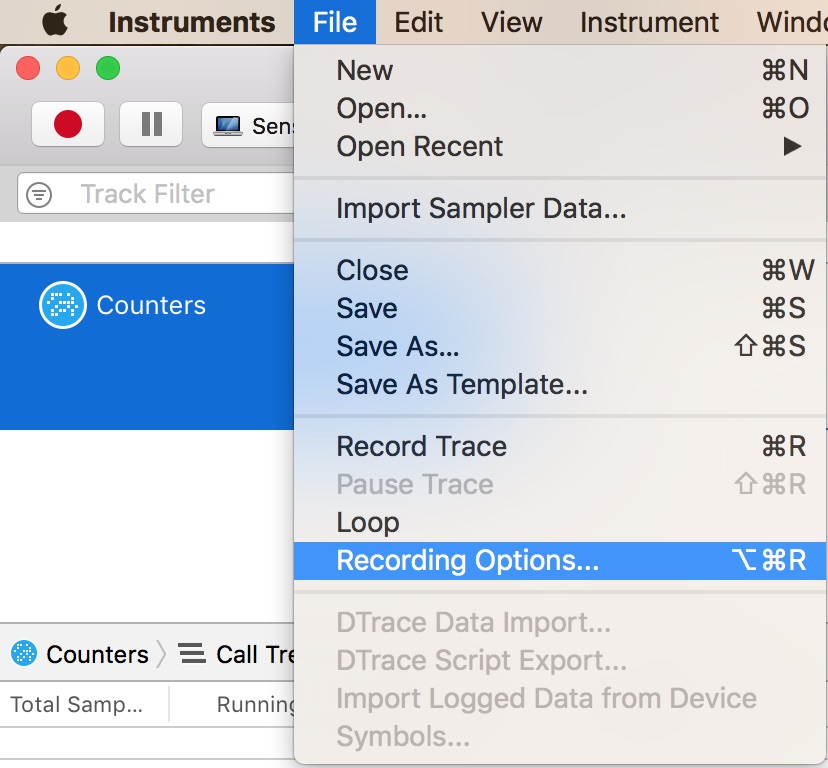 However, there is no L1 cache miss or L2, but a huge list of possible items that could be selected: 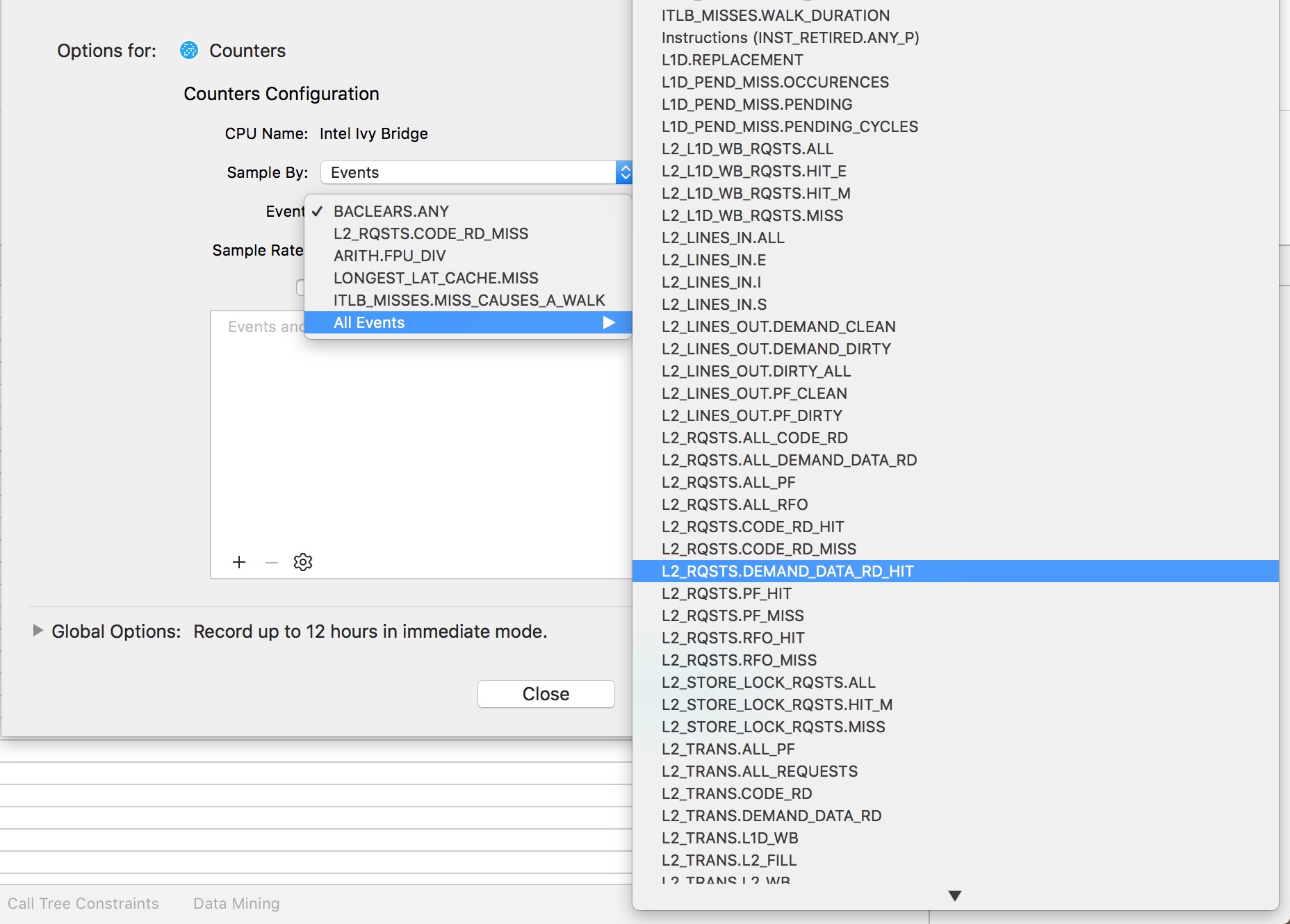 So, when measuring L1 and L2 cache misses (or even L3 if there is any), how can I count them?

Which of the list is the "cache misses" I should pay attention to in order to retrieve that magic "cache miss" number?

On Nehalem and later, you can use the following events to count the number of cache lines that were needed by demand store requests from cacheable store instructions that missed the L1, L2, and L3: L2_RQSTS.ALL_RFO, L2_RQSTS.RFO_MISS, and OFFCORE_RESPONSE (MSR bits 1, 17, 26-29, 30-37), respectively. These events count cache lines that were needed by stores instructions that were retired or flushed from the pipeline.

See also: How does Linux perf calculate the cache-references and cache-misses events.

Not the answer you're looking for? Browse other questions tagged performance caching x86 performancecounter xcode-instruments or ask your own question.