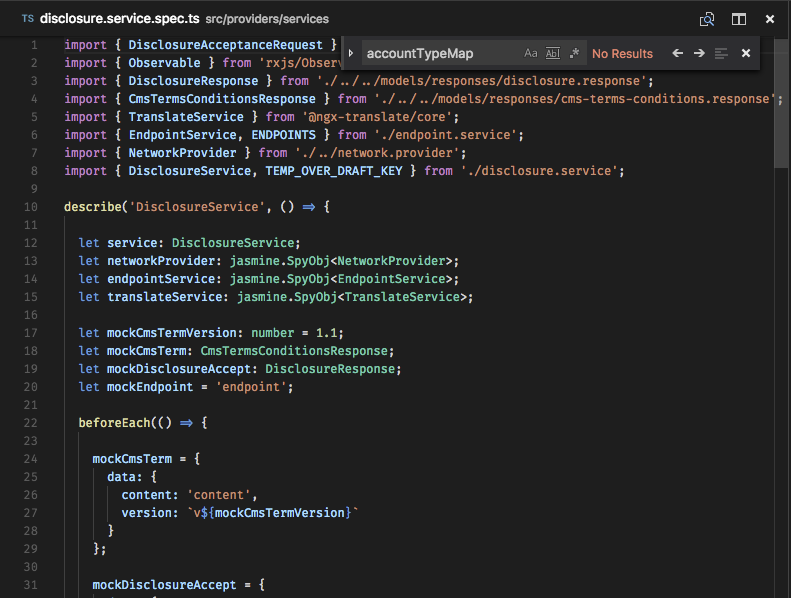 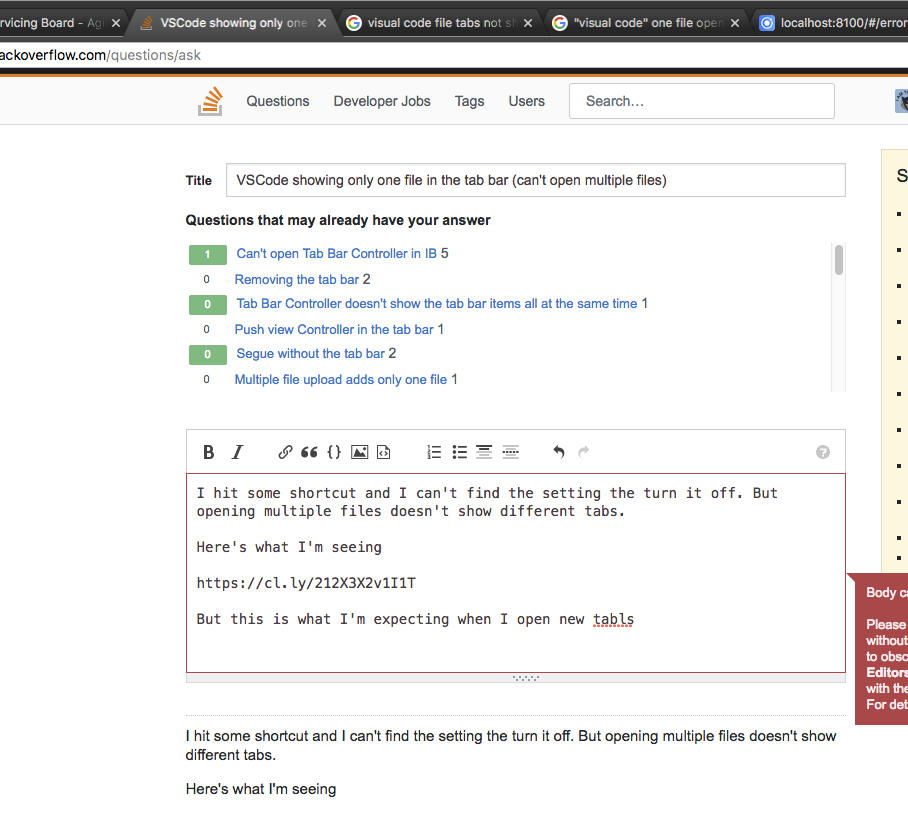 Check User interface / Tabs. You just need to add the following line in the configuration file.

I also think that How do I disable tabs in Visual Studio Code? is asking the exact opposite of what you are asking.

The accepted answer didn't work for me for some reason. The answer given in Open files always in a new tab did.

In short: In the menu bar, click on File > Preferences > Settings. Then add the following line to the settings file.

It's easy to make mistakes 😂.

For mac, if your tab close icon disappears and showing every page in a new tab just press (as shown in image).

It will appear your tab icons (as shown in the picture).

This error happens because workbench.editor.showTabs is set to false. Open the Settings.json Press cmd+Shift+p and then type Open Setting and hit Enter

In the settings.json file add this line at the bottom.

In vscode ,click on file>preferance>setting. In setting, there would be a search-bar. There, you have to search "workbench.editor.enablePreview": false. Then you will get one option with checked-box. If it is already checked then you mark it as unchecked.

In VSCode, click Manage (is the gear shown at lower-left corner) > Settings >

in the search bar on top type "showtabs" , do below 2 changes

Go to keyboard shortcuts and search for covert indent to tabs-> by default there won't be any shortcut assigned to it, you have to assign it and then run the shortcut. It will be fixed.

679
How can I switch word wrap on and off in Visual Studio Code?
109
How to open the lightbulb via shortcut?
1658
Open files always in a new tab
1
How to config vscode cmd+p to open files in a new tab
29
vscode: Open file instead of previewing file from quick open
4
VSCode: Open files NOT in a new tab, reuse current tab
0
I cant open multiple files at once in VSCode
0
Why can't VSCode open files from Explorer if it was open as administrator?
2
VSCode wan't open any existing file in the files explorer