I'm making a messaging app in Xamarin.Forms (Android and iOS).

Messages are being shown in a ListView.

Now I want to add a new feature. When I drag the message balloon to the side, it shows the message info.

The user holds the message, drags to right or left.

I tried implementing this with a PanGestureRecognizer (PGR in this context) on the balloon, but it worked partially.

I can drag, release, release before the threshold, and it works! But if I drag vertically while dragging to horizontally, the ListView "steals" the pan gesture, the PGR "forgets" it and doesn't return any event. So the balloon just keeps there, a bit to the side. 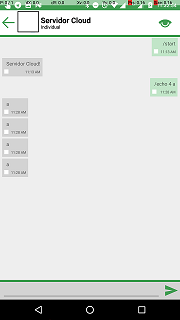 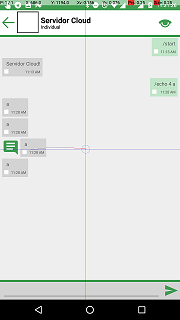 -- Dragging the message to the right 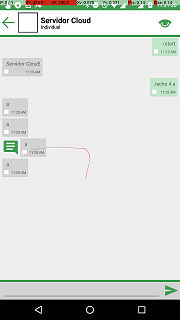 -- I've already released the message, but it is still to the right.

This doesn't happen if I release the finger without dragging down.

It may look obvious: "Why don't you just make it go back when the finger is "forgotten"?"
Because when the problem happens, it doesn't generate another event. (And the ListView doesn't have the Scrolled event as the ScrollView)

When I try to use the PGR, the ListView doesn't work. But the side drag works. Looks like the PGRs are grabbing the pan gesture always first.

Is there any way to make the PGR and the ListView work simultaneously?

For iOS you can try adding:

For Android i made a workaround with timer:

Not the answer you're looking for? Browse other questions tagged android ios listview xamarin.forms uipangesturerecognizer or ask your own question.

1996
How to lazy load images in ListView in Android
429
Background ListView becomes black when scrolling
454
How to implement Android Pull-to-Refresh
0
Handle UIPanGesture which started in area where gesture isn't attached but panned into view where gesture is attached
1
Accurate start position for UIPanGestureRecognizer?
2
Why does my pan gesture only recognize the event after the second input?
12
Xamarin.Forms - Button Pressed & Released Event
0
xamarin forms swipe left/right inside grid that is in scrollview