R - How to create a seasonal plot - Different lines for years

I already asked the same question yesterday, but I didnt get any suggestions until now, so I decided to delete the old one and ask again, giving additional infos.

Link to the original dataframe: https://megastore.uni-augsburg.de/get/JVu_V51GvQ/

I want to create a plot that enables me to compare the monthly values in the DENI011 over the years. So I want to have something like this: 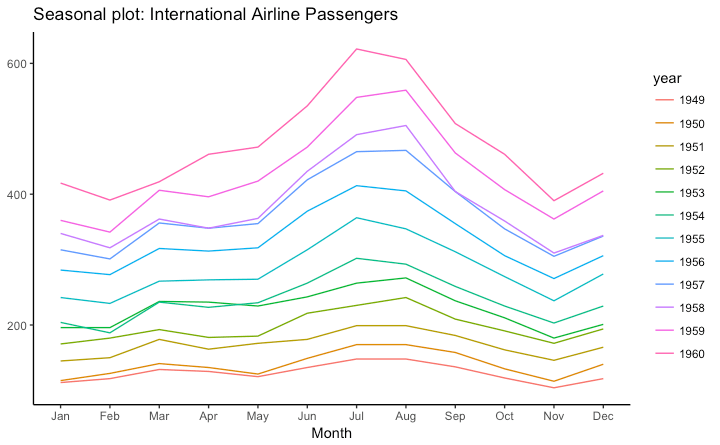 Jan-Dec on the x-scale, values on the y-scale and the years displayed by different colored lines.

I found several similar questions here, but nothing works for me. I tried to follow the instructions on the website with the example, but the problem is that I cant create a ts-object.

Then I tried it this way:

And suggestions, how to solve this?

As others have noted, in order to create a plot such as the one you used as an example, you'll have to aggregate your data first. However, it's also possible to retain daily data in a similar plot.

One trick to achieve this would be to set the year component in your date variable to a constant, effectively collapsing the dates to a single year, and then controlling the axis labelling so that you don't include the constant year in the plot. 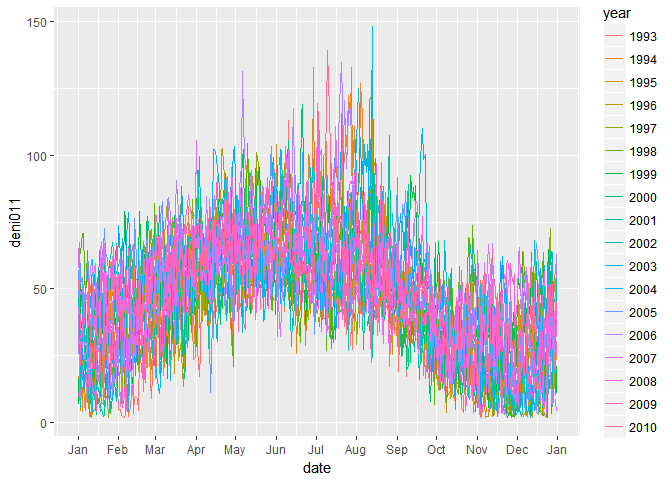 In this case though, your daily data are quite variable, so this is a bit of a mess. You could hone in on a single year to see the daily variation a bit better. 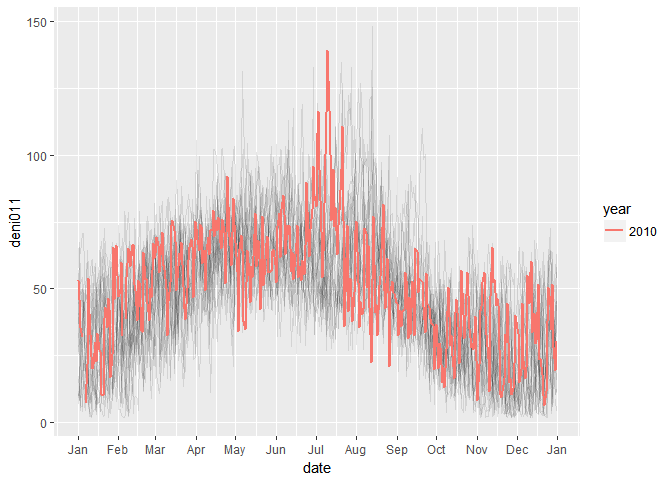 But ultimately, if you want to look a several years at a time, it's probably a good idea to present smoothed lines rather than raw daily values. Or, indeed, some monthly aggregate. 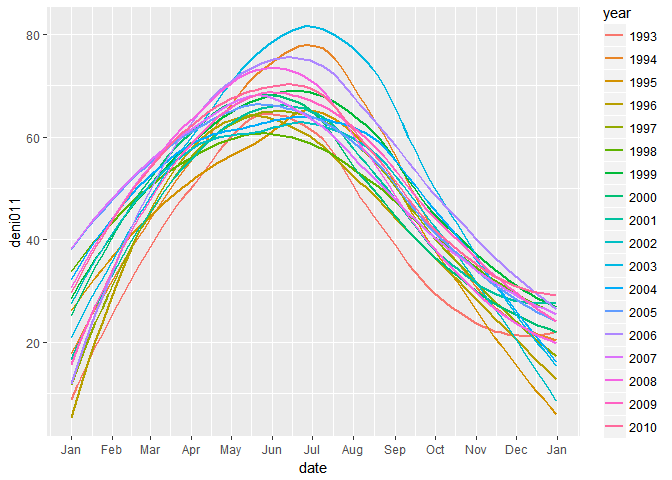 There are multiple values from one month, so when plotting your original data, you got multiple points in one month. Therefore, the line looks strange. 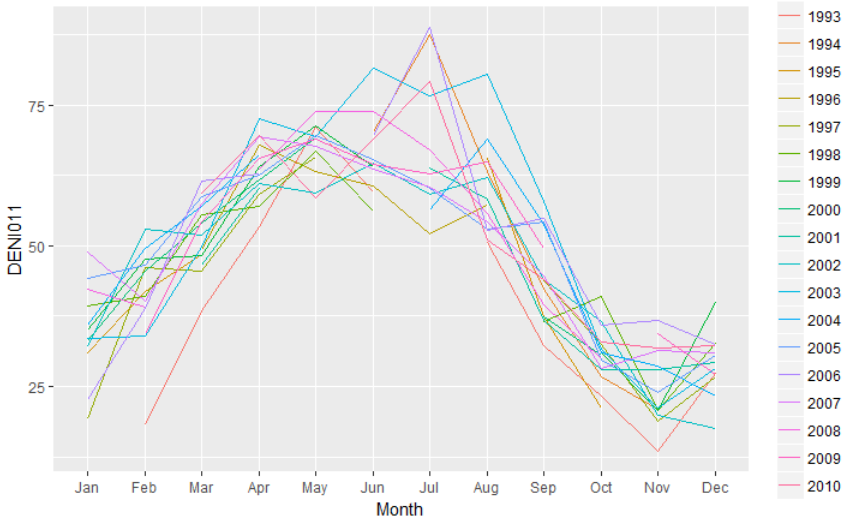 If you don't want to add in library(dplyr), this is the base R code. Exact same strategy and results as www's answer.

Not the answer you're looking for? Browse other questions tagged r ggplot2 time-series or ask your own question.

388
How to set limits for axes in ggplot2 R plots?
320
How to save a plot as image on the disk?
5
Month-Year bar graph plot faceted and filled on year; with data input as date in char format
619
How can I view the source code for a function?
1
How can I plot Frequency by DATE? Issues with table
3
Plot two lines from different years in same plot using ggplot2
1
Extract day and month from date
0
Overlay timeseries lines from different years for the same site