Subplots in bookdown repeating the caption

The section of the bookdown manual on generating figures demonstrates a case where include_graphics() can be given a vector of paths of length > 1, producing a number of subplots with a single caption:

However, when I try this in my fork of thesisdown, in the PDF output I get the figure caption (and, judging by the spacing, the entire figure environment) repeated for each subplot. Here is a reproducible example: 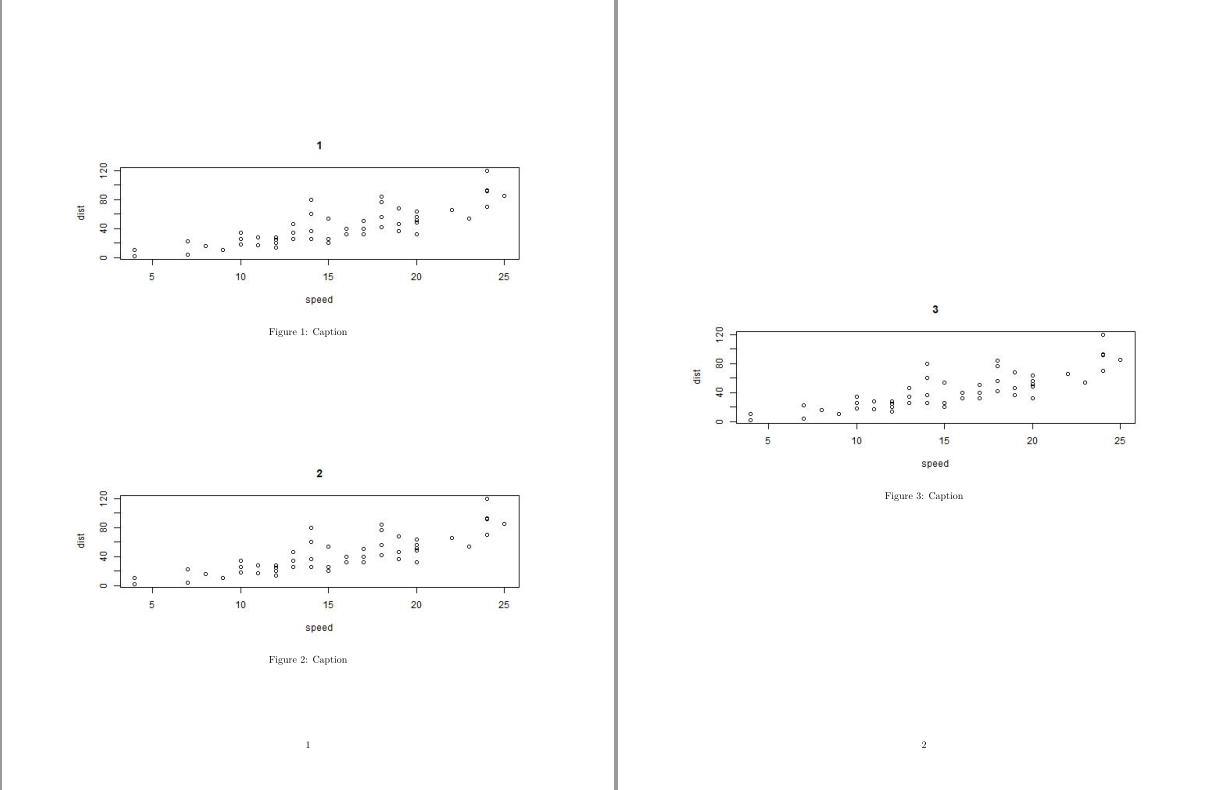 I was hoping more for the five images stacked, with a single caption at the bottom. This also appears to be breaking the figure cross-referencing, as each plot has its own figure number and cross-references to the chunk render as ??.

Getting subfigures requires a few additional settings to be set in the chunk header.

Subfigures are built using the subfig package. You can either include this within your LaTeX bookdown template, or alternative you can added it to the YAML as follows: 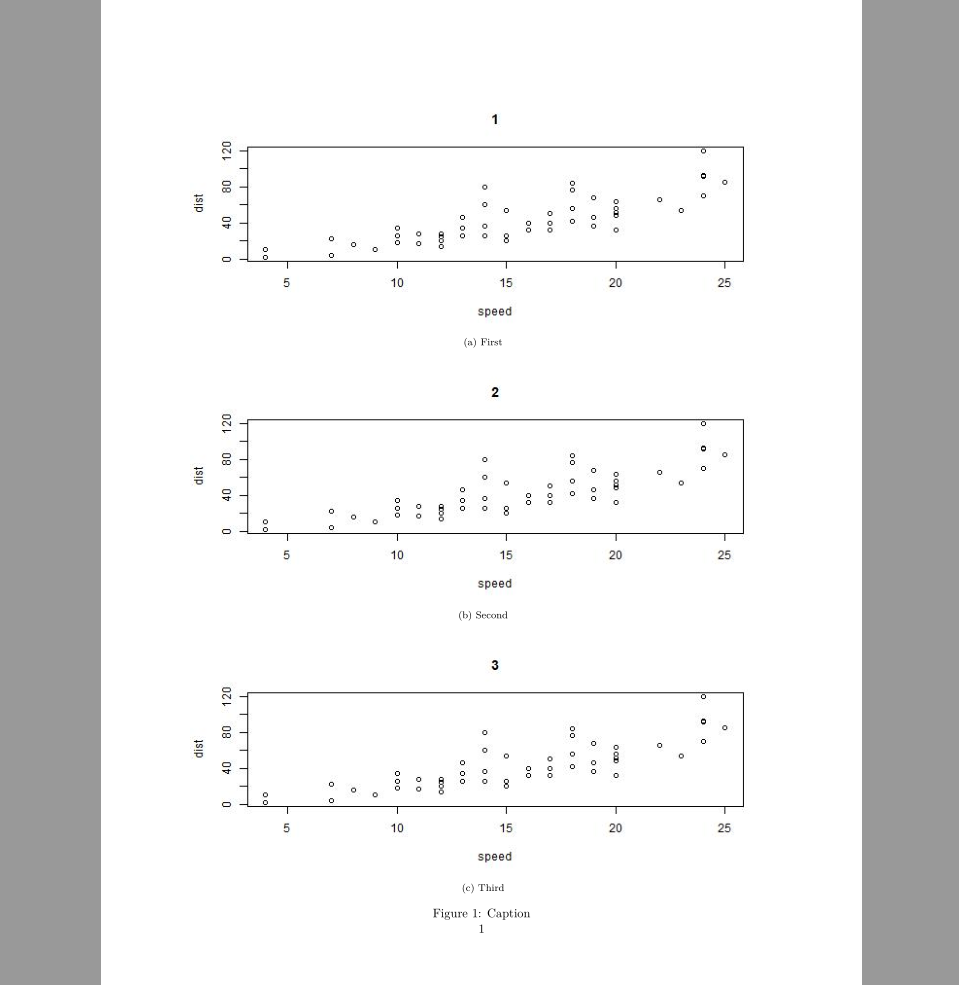 Not the answer you're looking for? Browse other questions tagged r r-markdown bookdown or ask your own question.

11
knitr plots, labels, and captions within one chunk
15
Cross-referencing in a single-file bookdown document
56
knitr/rmarkdown/Latex: How to cross-reference figures and tables?
1
Which knitr hooks are invoked when a DiagrammeR graph is rendered in rmarkdown?
0
Caption styles for word_document2 in bookdown
3
Bookdown figure caption fails if too long in landscape?
15
How to change the figure caption format in bookdown
1
bookdown figure caption width?
1
Cross reference and caption not working in Rmd file