Why is there a big difference in latch waits for an update against a table variable vs temp table?

Help me to understand latches difference between table variable and temp table. Example:

Run it! And check wait statistic:

It seems that latches were taken 2 times for insert and 200000 times for update. But when we switch table variable (@t) to temp table (#t) we have no latches at all:

The clustered index scan takes a shared latch on the page and does not release it when outputting the row values. The output columns of the clustered index scan are id and ss - the string is reversed then the clustered index update operator looks up the row for the passed in id (sqlmin.dll!CValFetchByKeyForUpdate::ManipData below) and updates the row. It needs an exclusive latch to update the page but is blocked by the shared latch held by the scan. So it needs to go into a wait state for the latch which then releases the shared latch and unblocks itself as described in the Lazy Latches section of the linked blog post. 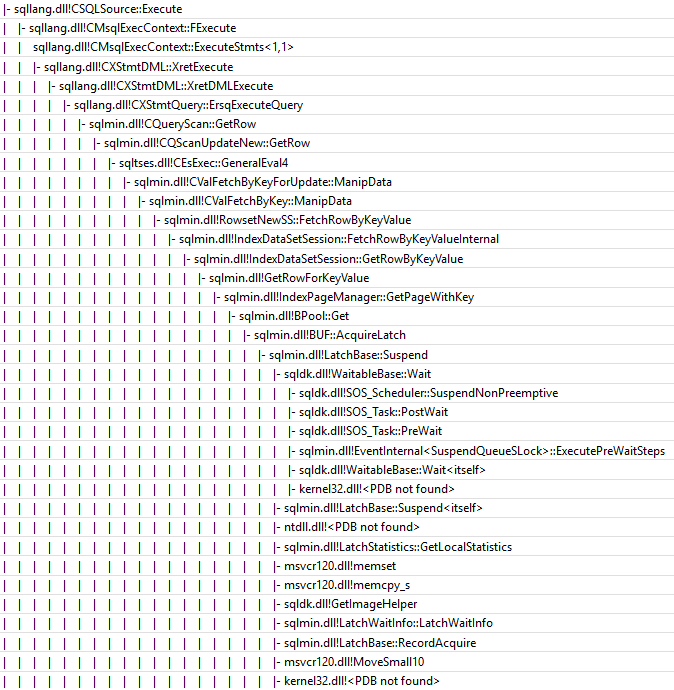 When using a temporary table it is able to use rowset sharing. This is also described in the linked post

... special optimization that means the Clustered Index Scan and Clustered Index Update share the same rowset ... the Update no longer has to locate the row to update â€“ it is already positioned correctly by the read.

The code path for that is very different than for the table variable as shown here.

This seems to avoid the problem with the lazy latching described above. It still takes an SH latch at the beginning but then releases it before trying to acquire the EX latch and maintains the EX latch for the rest of the Update. So at no point does it have to wait

latching on page for #temp table update (of two rows)

latching on page for @table variable update (of two rows) 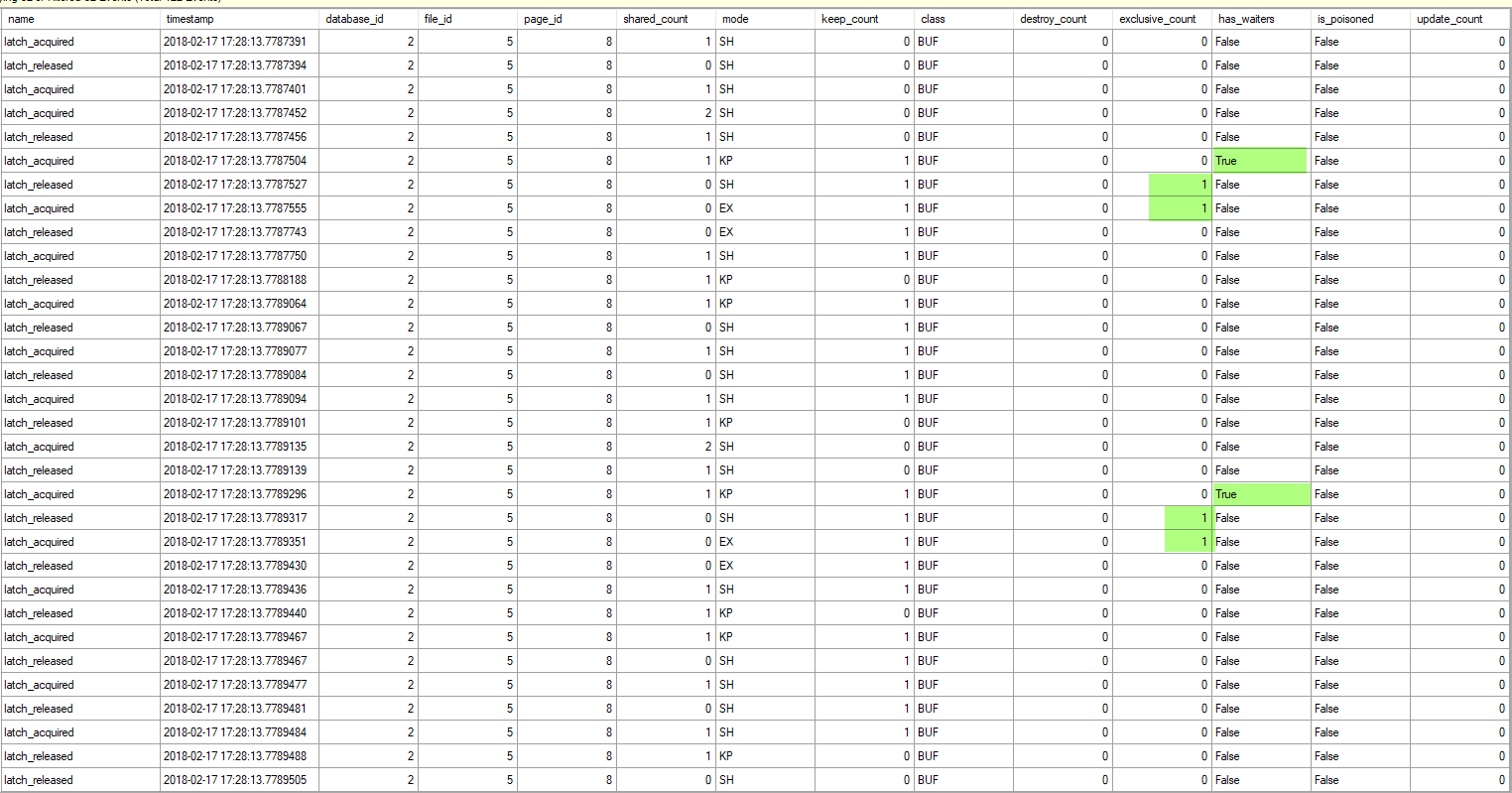 The additional information added to execution plans by trace flag 8666 shows that the two plans have differing values for m_isolationLevelHint and m_lockModeHint in the update operator.

Maybe these need to be a certain value to get the rowset sharing optimisation(?)