git:// protocol blocked by company, how can I get around that?

Attempting something like git clone git://github.com/ry/node.git will not work, it results in:

However, cloning over HTTP works fine. So far I've gathered that it's a problem with the protocol, but I'm trying to install cloud9 which is requiring the command

which is trying to use the git:// protocol and failing. Is there a way to change how that command will work or something?

If this is an issue with your firewall blocking the git: protocol port (9418), then you should make a more persistent change so you don't have to remember to issue commands suggested by other posts for every git repo.

The below solution also just works for submodules which might also be using the git: protocol.

Since the git message doesn't really point immediately to the firewall blocking port 9418, lets try to diagnose this as the actual problem.

There are several tools we can use to determine if the firewall causing our problem - use whichever is installed on your system.

OK, so now we have determined it is our git port being blocked by a firewall, what can we do about it? Read on :)

Now, as if by magic, all git commands will perform a substitution of git:// to https://

What Changes Did This Command Make?

Take a look at your global configuration using:

You'll see the following line in the output:

You can see how this looks on file, by taking a peek at ~/.gitconfig where you should now see that the following two lines have been added:

Simply use a more complete/specific URL in the replacement. For example, to only have GitHub URLs use https:// instead of git://, you could use something like:

You can run this command multiple times using different replacements. However, in the event that a URL matches multiple replacements, the longest match "wins". Only a single replacement will be made per URL.

If you're a Linux Sysadmin and you don't want your users to have to go through the above pains you can make a quick system-wide git configuration change.

Simply edit or add the following contents to /etc/gitconfig and voila your users don't have to worry about any of the above:

Github provides http(s) access too, which is much less likely to be blocked by your company. To tell the submodule to use that, you can do this:

This is actually exactly why init and update are separate commands - you can init, customize locations, then update. update --init is just a shortcut for when you don'ot need to customize any URLs.

For anyone else who happens across this, you could of course also use an ssh URL (if your company blocks git:// but not ssh), but in this case the OP presumably doesn't have SSH access to the remote repo.

Another option which not involving touching git config is to change the ssh settings to use port 443 instead of the regular 22 port.

Afterward, I was able to successfully git push to Github. At home you can change back ssh config to the way it was if you want.

I was also having the same issue for a while. Then I tried changing the git config using the suggested command:

which unfortunately did not do the trick for me. I was still having the same problem!

What actually solved my problem at last is, I have reset the remote url of my repository again using the following command:

After setting the remote url using https:// instead of git@git.com the problem was resolved for me.

Expanding on Nathan's answer above, you can also try the ssh protocol if your corporate firewall is interfering with https. In my case the firewall was blocking git protocol, re-issuing ssl certificates for https and this was breaking bower for me, even with the strict-ssl option turned off. You can do a similar url rewrite for ssh, and create a ssh key/pair as described on github.

You would also have to turn on the ssh-agent for your git install.

it's because the GIT adresse for the node server has changed you have to enter now:

I will add here my own approach ( which is not required if you have a publicly accessible git repository that supports https).

I work at a company where the git repository is only accessible from inside the company. But I also work from home.

How do I push to the company repository from home?

I have created a repository with a folder on my google drive. Except for git, and https, you can include repositories as paths. 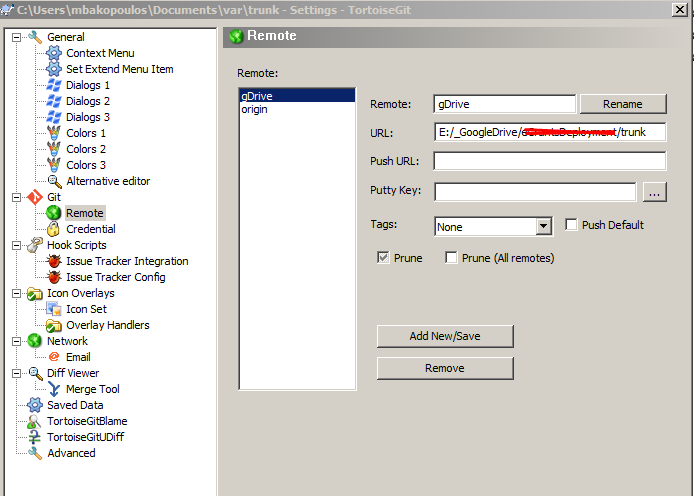 So, instead of pushing to origin I push to "gDrive". This causes the folder to synch from my home workstation to google drive, and then my work computer pulls the changes. Additionally, since sometimes files in the ".git" directory don't synch, I rename the folder temporarily from e.g. "trunk" to "trunk2". This forces both home and work computers to be 100% synched with google drive.

I then log-on to my work computer either through checkpoint-vpn remote ( or teamviewer) and push my updates to the work git repository.

Additionally, the process would work vice-versa for pushing to a git repository outside the company that is blocked.

1980
Could not open a connection to your authentication agent
297
ssh: connect to host github.com port 22: Connection timed out
51
Force bundle install to use https:// instead of git:// for GitHub-based gems
29
git is blocked, how to install npm modules
17
npm git protocol dependencies
1
Unable to start ember-cli project because of git error
2
Git: how to get the public, read-only git:// URL
2
npm install error: Could not read from remote repository
0
I tried using git config --global url.https://.insteadOf git:// to clone through a firewall,but its not working
1
Git hangs indefinitely after pushing to a large repo
See more linked questions

7640
How to remove local (untracked) files from the current Git working tree
10474
How do I undo 'git add' before commit?
24290
How do I undo the most recent local commits in Git?
8658
How do I force "git pull" to overwrite local files?
7163
How can I make Git "forget" about a file that was tracked, but is now in .gitignore?
7866
How do I check out a remote Git branch?
19183
How do I delete a Git branch locally and remotely?
4905
How to determine the URL that a local Git repository was originally cloned from?
7620
How do I revert a Git repository to a previous commit?
10415
How do I rename a local Git branch?