'react-scripts' is not recognized as an internal or external command, operable program or batch file

I am learning to react. The version I installed is 16. I installed prop-types via npm after I got an error that 'react-scripts' is not recognized as an internal or external command, operable program or batch file." 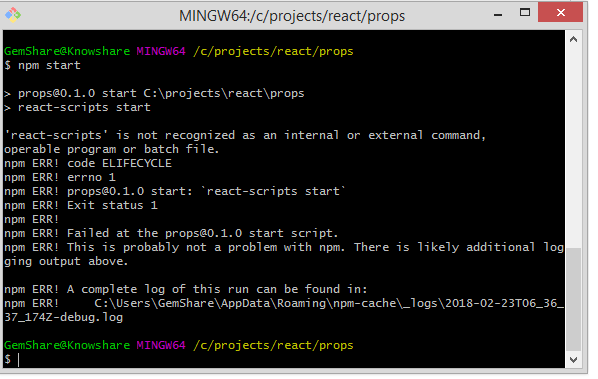 It is an error about react-scripts file missing in your node modules directory at the time of installation.

Now, you can add manually this via the command:

I had the same issue, resolved by simply running following command in the project root folder -

You can try the below solution to run the application.

You should see the following in your package.json file

The script : "start": "react-scripts start" is linked to the file : nodemon node_modules/react-scripts/scripts/start.js which is used to start the project in the development env

Try to start the project directly using the below commands:

or if you have nodemon installed then try

I found the community answer, which is perfect solution 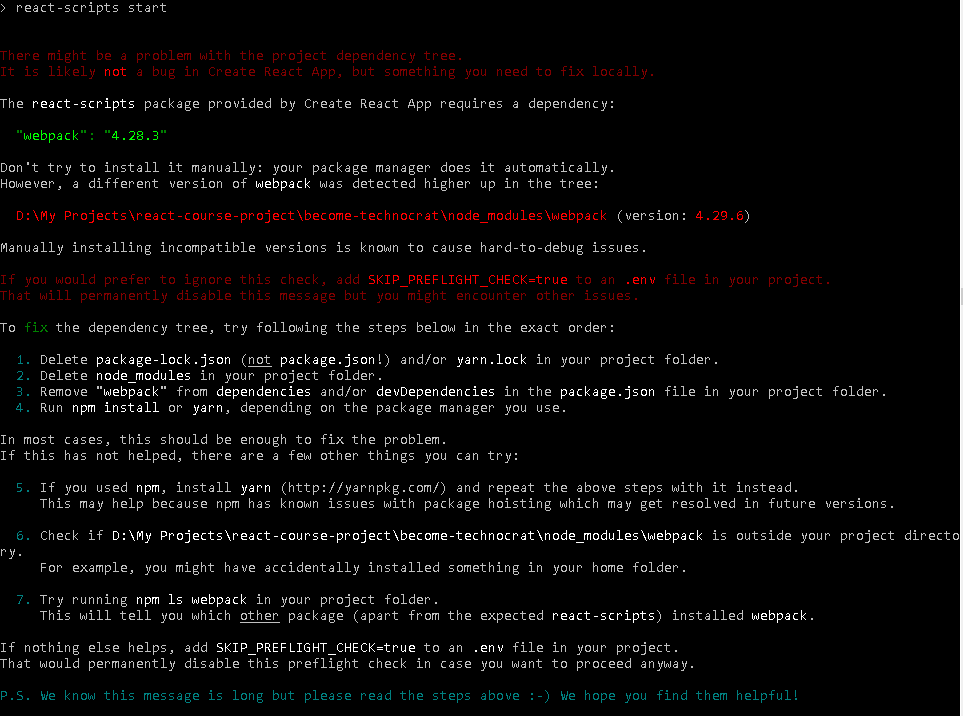 I just had this issue and this solution worked just fine.

Just type npm install and after that run npm start. This solved the problem for me.

If it doesn't get resolved even after running

One of the causes of this issue is corrupted PATH and the only fix I found for that issue was to (re)install NVM and let the installer take control over the installed Node version when it asks to do so and it will fix the PATH for you. In my case that was the fix.

deleting the node_modules folder and the *.lock file then running npm install in the project directory through the terminal worked. I tried with yarn install and it worked too after removing the mentioned files above.

It's quite common problem. Do the following steps:-

Resolved by running the following command:

You just have to install React Script Again. You just need to run the command npm i react-scripts and then run npm start

Hello I'm learning the MERN stack as well(wise use of quarantine time right? ) Anyways, I'm using WINDOWS 10, and I have the same error as well.

I did a bit of googling and found out that you need to npm install react-scripts -g <- notice the -g (stands for global? I think? )

I hope this helps :>

Just go to the Terminal and on the directory which you start your server. TYPE npm install react-scripts

you will be good to go

Not the answer you're looking for? Browse other questions tagged reactjs node-modules package.json react-scripts or ask your own question.