Airflow: Creating a DAG in airflow via UI

I was looking for a cron replacement and came across apache airflow.

We have a setup where multiple users should be able to create their own DAGs and schedule their jobs.

Our users are a mix of people who may not know how to write the DAG python file. Also, they may not have access to the server where airflow is running.

Is it possible to create an airflow DAG via UI. I could not find any reference to the same. All examples speak about creating a python file and uploading it to the $AIRFLOW_HOME/dag/ directory. Users will not have access to this directory.

Rundeck for example allows user to add workflows and task dependencies via UI. Is there a plugin/functionality similar to this in airflow.

PS: I really like the way airflow shows the dependency graphs and want to try it out. But If creating a DAG is so complicated, then it will be a major problem for lots of my end users.

I don't think there is an out of the box solution. What I would try with your task is the combination: CWL(Common Workflow Language), Airflow, Rabix Composer

So, CWL is just a specification, you describe your workflow in YAML like syntax.

There is a package pip3 install cwl-airflow it can parse CWL into Airflow DAG https://github.com/Barski-lab/cwl-airflow.

I believe there is one now: https://github.com/andreax79/airflow-code-editor

And it looks promising.

elyra seems to be able to create airflow pipelines (did not try it): 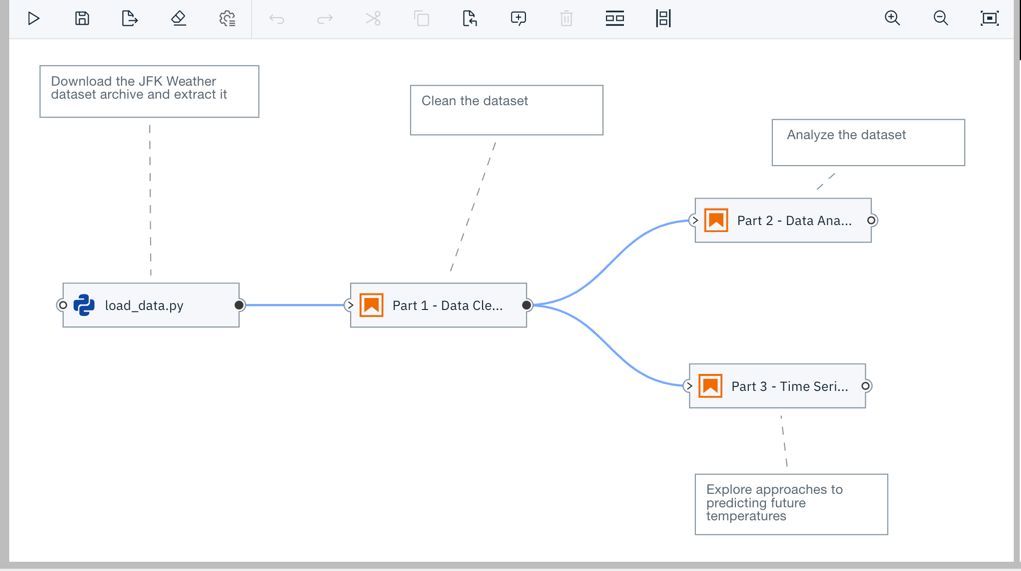 There is an open source project that looks interesting:

Use Airflow Variable model, it could do it.

Recently, I use airflow and dag with user viable to do a lot of different kinds of outlier detection dag for different scenarios. work smoothly.

hope above experience could help you.

3
Paperboy throwing error: TypeError: the JSON object must be str, not 'bytes'?

22
Airflow dynamic DAG and Task Ids
18
Apache Airflow scheduler does not trigger DAG at schedule time
31
Python script scheduling in airflow
0
Airflow DAG prevents other DAGS from starting
0
How can I programmatically access the cron schedules for my Airflow DAGs?
3
Airflow DAG parallel task delay/latency in execution by 60 seconds
9
Dag Seems to be missing
0
Possibility of creating DAGs in Airflow
9
Can an Airflow task dynamically generate a DAG at runtime?
0
Unable to create dag with apache airflow