I've been struggling with the following problem for the last few days and due to the very nature of a CDN and the manual review of each new rule, it takes me each time up to 4h to deploy a new rule.

As described in the following topic, I currently have my Angular application deployed to a storage account which has a single blob container called cdn

Within the root of this blob container, the whole dist folder from my angular project has been copied via my CI setup.

The CDN profile has also been set up, to point at the origin-path called /cdn 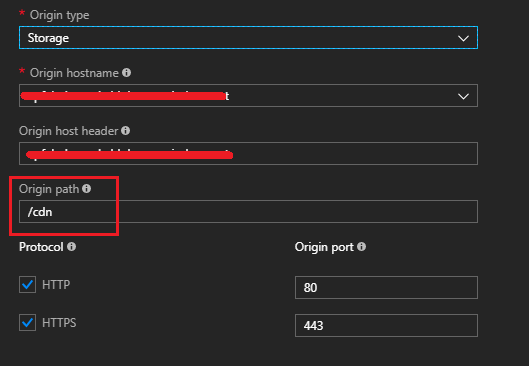 Unfortunately there is currently an ongoing issue that you can't directly access a default file.

I've seen various posts regarding this issue but none of the answer seem to cover my case or didn't in the deliver the expected result.

Currently I am using the rules engines feature of the Azure CDN from Verizon.

I've also spent at least two days to find various other articles and stackoverflow articles but none of them worked for my case.

Furthermore I also created my own regex pattern but although they worked in my test environment, they would work once they were deployed to the CDN.

I usually ended up with one of the following results:

The offical documentation from Microsoft also didn't help in my case.

I am pretty sure I am not the first one who is deploying an Angular application to storage account and someone has run in the same issues as I have.

I am thankful for any information which points me in the right direction because at the moment I am definitely thinking about moving away from whole storage account deployment.

With the following source pattern ((?:[^\?]*/)?)($|\?.*) which was also mentioned in the article over here, I am able to handle at least the top level domain rewrite to the index.html file.

I am currently updating the regex pattern once or twice a day and once again it works on my test environment but stops working once I deploy it. I start to believe that Azure CDN is appending something to the URL after the top-level domain but I have no idea how to verify that.

We are writting the year 3025 and I still have no clue why for example the following pattern isn't handling the url rewritting of the top domain.

For your requirement, I tested this issue on my side. Per my test, you could try to leverage the following URL Rewrite rule:

Note: For loading other files (.ico,.txt,.js,.css,etc) correctly, you need to move them into new virtual directories instead of the root of your blob container. For example, you could move image files into cdn\images and move JavaScript files into cdn\scripts, then the regular expression would ignore the related virtual folders.

Additionally, you could use Azure Web App to host your static website and choose the Free pricing tier or the Shared tier which would cost you $9.49 per month per instance. Details you could follow Pricing calculator.

Based on Justin's answer, I checked this issue and found that for Blob storage origin type, the Source and Destination under URL Rewrite are talking about the request against the blob storage endpoint. So we need to set regular expression against the request path and query string for the blob endpoint.

Justin Gould has provided the answer for rewrite everything to cdn/index.html. Based on your scenario, I have tested my rule and it could work on my side. 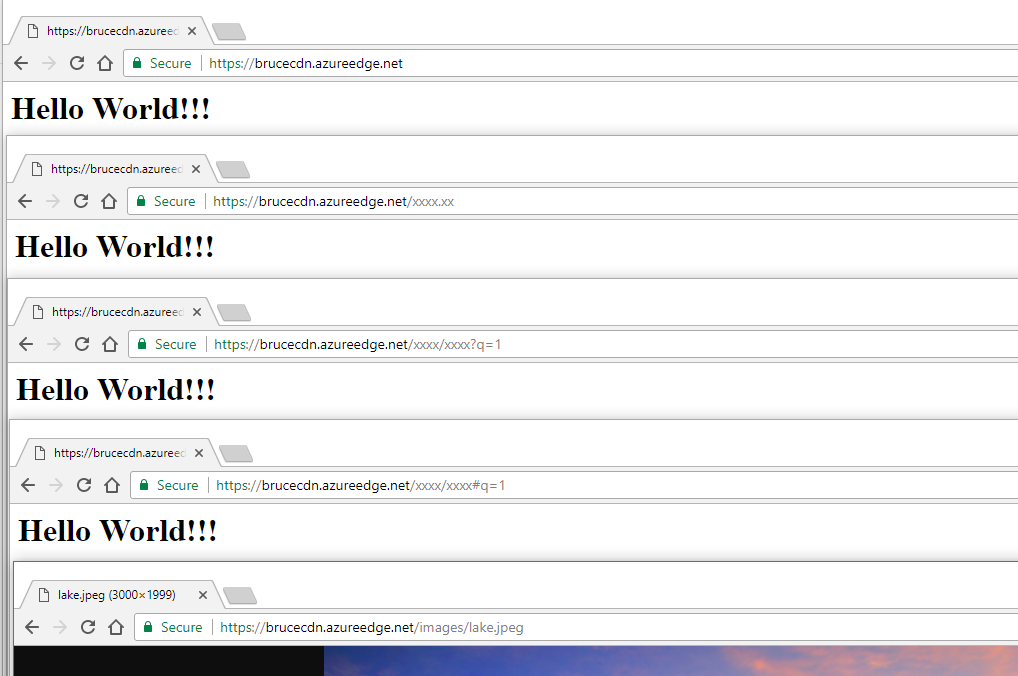 Just to add to this. If you're using Azure Verizon Premium CDN and your Azure endpoint is using an origin path. The origin path is a part of the rewrite. For example, lets say you're pointing to a versioned folder inside your $web blob. 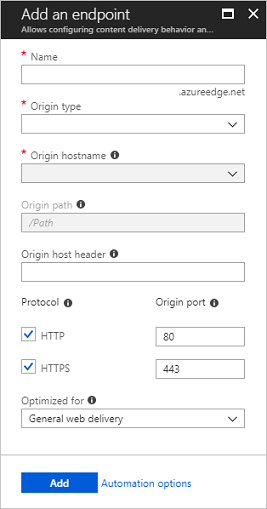 Not the answer you're looking for? Browse other questions tagged angular azure url-rewriting azure-cdn azure-storage-account or ask your own question.