I want to run my app in release mode on real iOS device. Not only to hide "slow mode" banner that can be done using this code as I know

but also to check how my app works.

I found this instructions https://flutter.io/ios-release/ but still can't build app in release mode.

Each time I try to run flutter command in terminal, I got:

I think that it is because I had installed Flutter SDK from Android Studio and I should update some pathes. So what are my steps to build flutter app in release mode using Xcode?

To solve this, I had to change the Build Configuration of the Run schema: 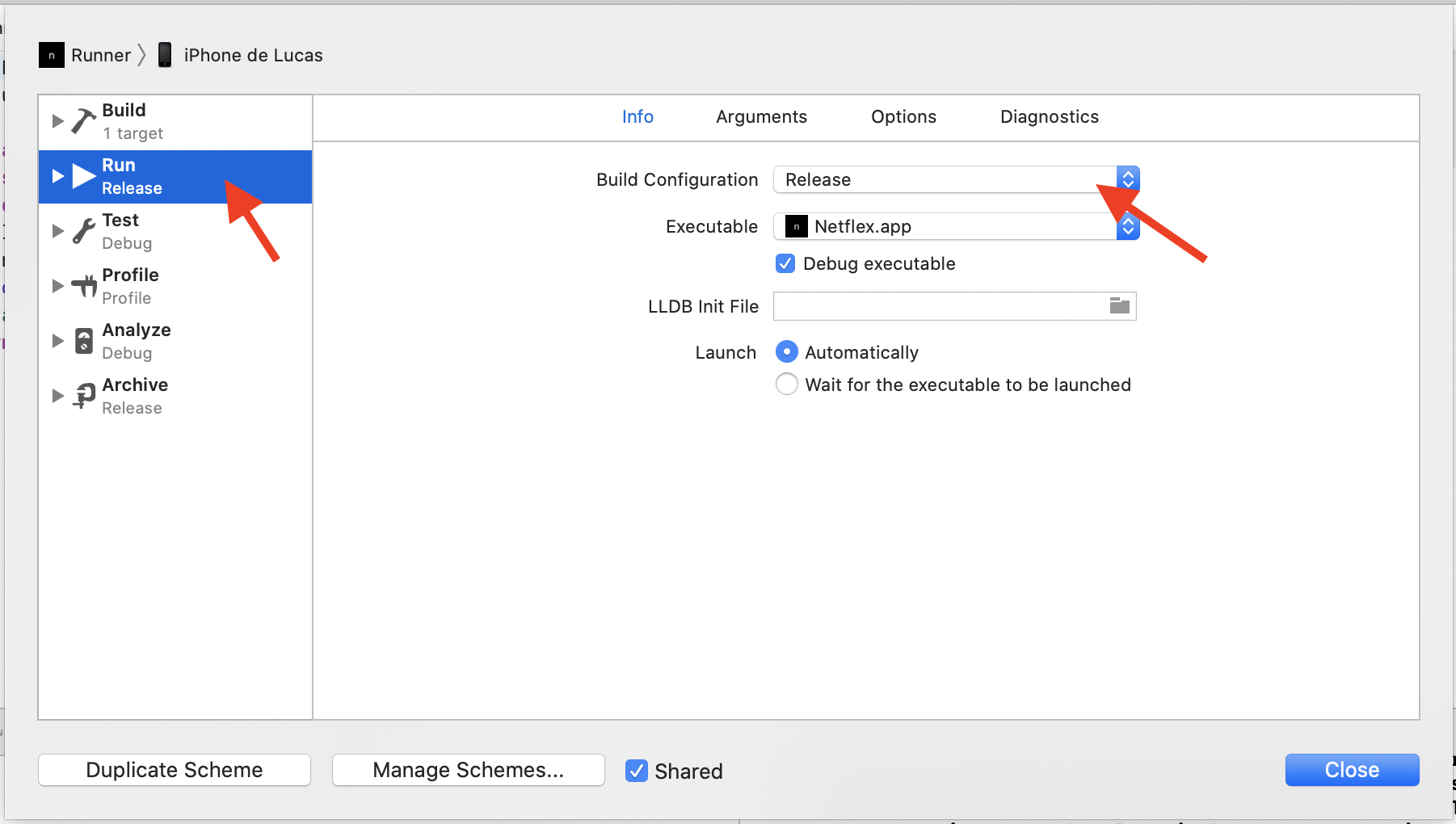 Hoping this is helpful.

If you have problems using flutter command in terminal because it is not found - read Configuring steps below.

Open Xcode and run .xcworkspace file in iOS folder. It should now work smoothly and Slow mode banner should be gone.

Locate folder where flutter is installed on your mac. If it was installed using Android Studio. Just open Android Studio create new flutter project and you will see Flutter SDK path. For example let it be /Users/John/flutter/

open terminal on your Mac and run

If you now run flutter in terminal you should see list of available params. So you can run

To check is everything is fine with installation. Now flutter command only works for this terminal session. And if you close it and later open it again and run fuller command - you will get error that this command is unknown. So you want to save flutter command to be available even after terminal was closed.

you will see text editor where you need to paste

save file. If you close terminal now and open it again - you should be able to run flutter command.

You can Run your application in Release Mode easily in your terminal using :

And it will switch to Release Mode .

But if you don't want to run your app , just want to build your apk or ipa ,
Use :

You could do it from Android Studio directly as well. 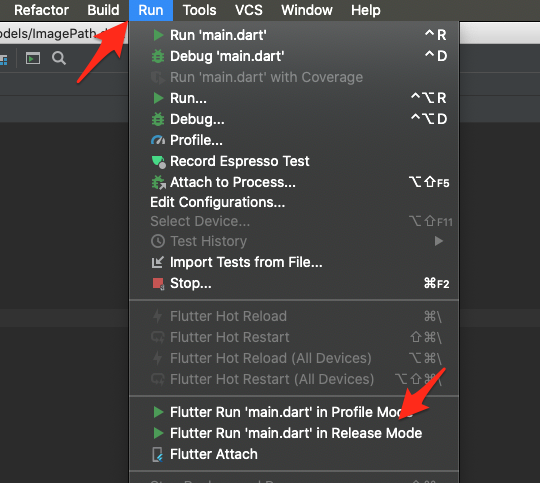 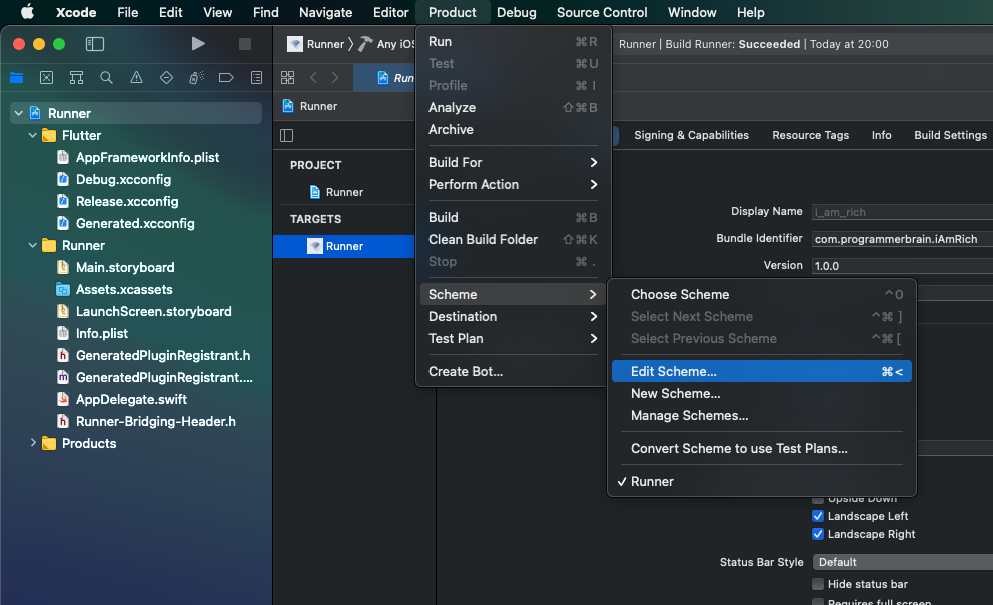 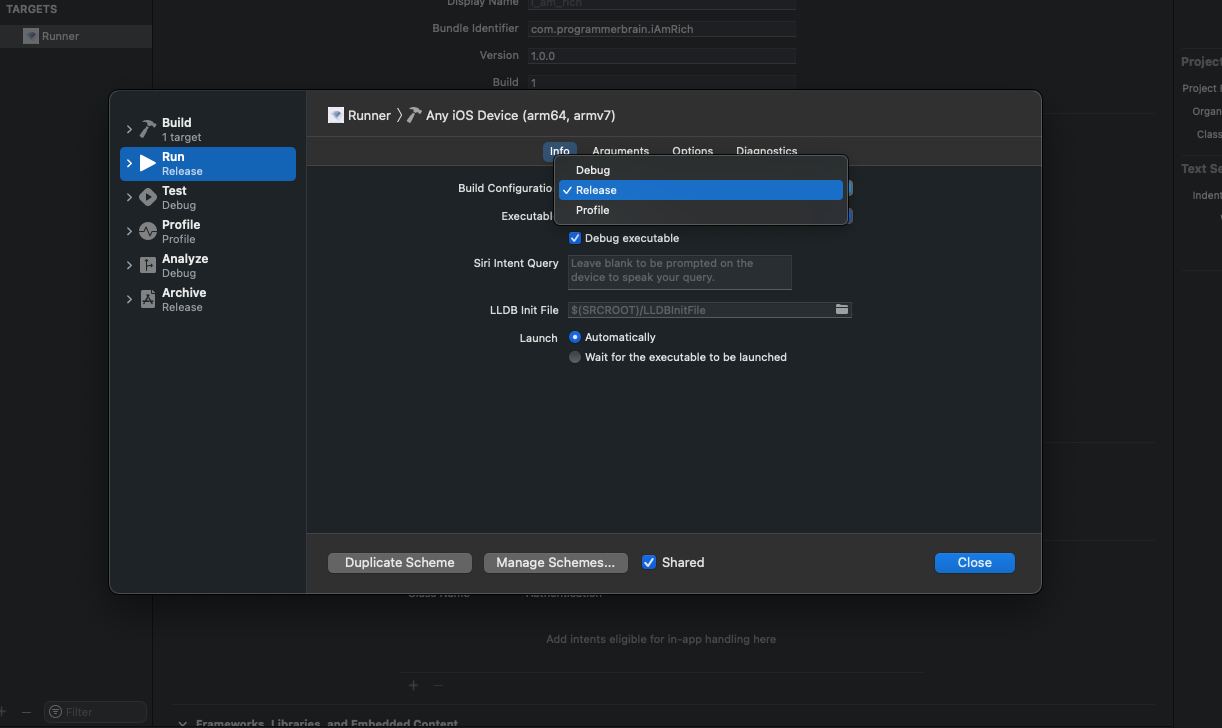 I just wanted to build the ios .ipa file for the testing purpose without any hustle, follow are the step I took, and hopefully, they will be helpful.

The solution will help you get .ipa file without signing.

If you want to use only Android Studio to deploy your app in release mode, you can also add the --release flag to your Run/Debug configuration manually. 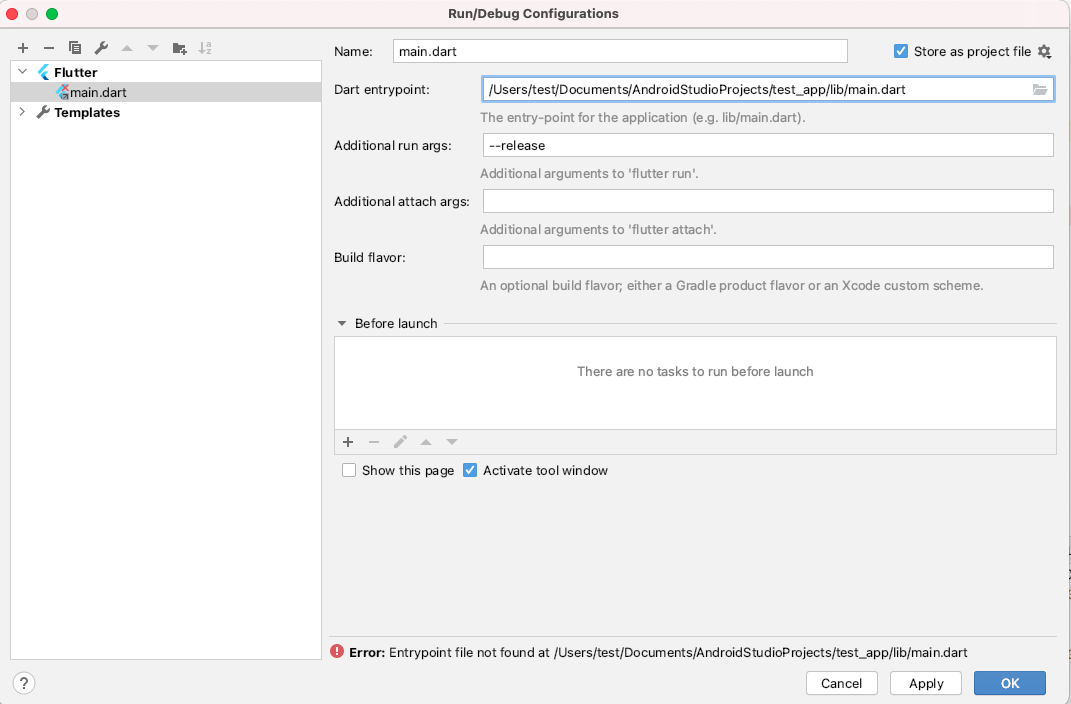 Not the answer you're looking for? Browse other questions tagged android-studio flutter dart build release or ask your own question.

4
In Ios 14 Flutter App does not save in Debug mode
6
Flutter: Display log in release mode in iOS
0
Test Flutter App in Xcode IOS Simulator in RELEASE mode on a CLOUD MAC
0
Flutter: Build and deploy in release Mode on iOS 14+. How long usable?