Unfortunately, while the IDE was able to resolve android-specific references before in my (first ever) Kotlin project, in the new version it appears unable to. Here's a screenshot showing what I mean: 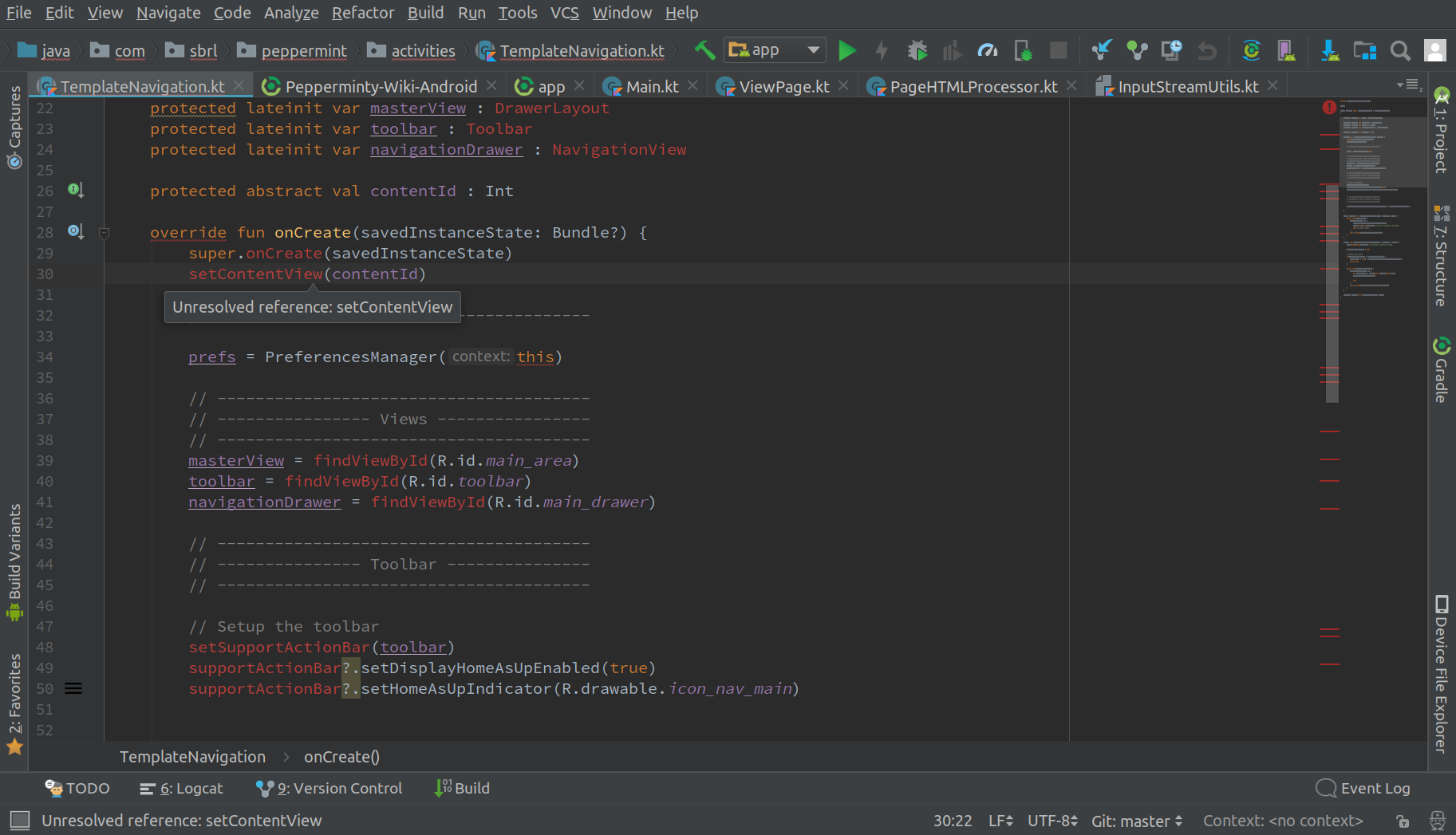 In Android Studio 3.1, it's claiming that core Android functions such as setContentView() don't exist, and keeps prompting me to create an abstract function for it - which I clearly don't want to do. However, if I hit the build button, I get a BUILD SUCCESSFUL in 8s.

Why is my editor doing this, and how I get get Android-related functions and classes to resolve correctly again?

I had the same problem on Android Studio 3.2.1.

The solution was to use stable 'com.android.tools.build:gradle:3.2.1', not alpha...

In the project build.gradle change the version like the code below (or if there is a newer stable version) 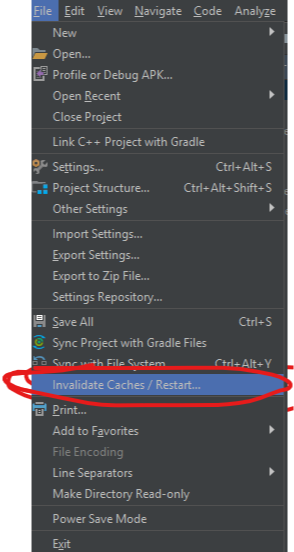 I had a very similar issue:

Layout resources (ie: activity_view.xml) that worked fine would all of a sudden not be detected or show up in the autocomplete lists, etc.

I tried all these "delete .idea folder/invalidate caches/restart Android studio" solutions and nothing worked..

Turned out that an import statement of the entire R package (import android.R) had at some point been added to the import statements and was somehow creating the issue (for specific layout resources only for some bizarre reason)

Removing import android.R instantly resolved the issue, and putting it back recreated it instantly as well.

I had the same problem. None of the "fixes" listed above helped.

Just run in a terminal:

Make sure you have not import android.R in any of your activities/fragments. This can happened when Android Studio tries to convert code from Java to Kotlin.

Delete this line and try to run your project.

I tried all the solutions proposed here but they did not work. What worked for me was to disable and then re-enable the Kotlin plugin.

It helped when I deleted Android Studio and installed again. The advices above didn't help.

For me this step works :

I) Delete .idea folder from the android studio

III) It will ask you to confirm and click on invalidate and restart.

What worked for me was to change the kotlin-gradle-plugin version to the same version of Kotlin plugin used in the IDE.

That is, in your top level build.gradle, find kotlin-gradle-plugin and change the version to the same version of IDE Kotlin plugin.

If it happens to you after refactoring, and you've tried all the mentioned below (I will elaborate the list in a moment), try going to the class which has unresolved references and delete all its imports. Then do the imports again, making sure you import the correct classes.

I tried the following which didn't worked for me:

I think there was something wrong with the 29.0.3 version.

Read till the end :)

Surprisingly after so many answers, none of them worked for me. I figured out the issue was with the android tools version and gradle distribution.

I upgraded classpath from

and also upgraded distributionUrl from

So, if clean/build, invalidating cache, deleting .idea doesn't work for you. Please try upgrading (or downgrading if your recent change caused this issue) these versions.

I tried every other solution given here or anywhere else, what helped me was changing the way my plugins were in the gradle file.

I changed it to this format:

After this, invalidated caches and restarted, rebuilt the project and all was fine. Amazing how this simple nothing results in a colossal error.

Not the answer you're looking for? Browse other questions tagged android android-studio kotlin android-studio-3.1 or ask your own question.