How can I reduce the number of distinct colors in images using OpenCV (+ C++) the fastest way possible? I don't want the complete code. I'm already doing it using kmeans but it's not very fast. This is the part of my code that is slow:

This code takes a few seconds to process which is very very slow for me. I was using Matlab for this (rgb2ind) which was fast. Almost 0.01 seconds.

I want to use my code for production where the users expect the program to be fast.

Is there any alternative to kmeans for color quantization? Is there any way to run kmeans faster (which I don't think so because I've tried many different parameters)?

Edit:
Turned out color quantization is a very complex topic and takes time to write a good optimized one. I've decided to use Magick++ (ImageMagick API) for this.
Because of that I haven't tried Cris Luengo's new (edited) answer. But I mark it as answer (check out the comments too) so that other people don't think this question isn't answered.

There are many ways to quantize colors. Here I describe four.

Here we are using a color map with uniformly distributed colors, whether they exist in the image or not. In MATLAB-speak you would write

to quantize each channel into N levels (assuming the input is in the range [0,255]. You can also use floor, which is more suitable in some cases. This leads to N^3 different colors. For example with N=8 you get 512 unique RGB colors.

This is the "classical" method to generate an adaptive palette. Obviously it is going to be the most expensive. The OP is applying k-means on the collection of all pixels. Instead, k-means can be applied to the color histogram. The process is identical, but instead of 10 million data points (a typical image nowadays), you have only maybe 32^3 = 33 thousand. The quantization caused by the histogram with reduced number of bins has little effect here when dealing with natural photographs. If you are quantizing a graph, which has a limited set of colors, you don't need to do k-means clustering.

You do a single pass through all pixels to create the histogram. Next, you run the regular k-means clustering, but using the histogram bins. Each data point has a weight now also (the number of pixels within that bin), that you need to take into account. The step in the algorithm that determines the cluster centers is affected. You need to compute the weighted mean of the data points, instead of the regular mean.

The result is affected by the initialization.

An octree is a data structure for spatial indexing, where the volume is recursively divided into 8 sub-volumes by cutting each axis in half. The tree thus is formed of nodes with 8 children each. For color quantization, the RGB cube is represented by an octree, and the number of pixels per node is counted (this is equivalent to building a color histogram, and constructing an octree on top of that). Next, leaf nodes are removed until the desired number of them is left. Removing leaf nodes happens 8 at a time, such that a node one level up becomes a leaf. There are different strategies to pick which nodes to prune, but they typically revolve around pruning nodes with low pixel counts.

This is the method that Gimp uses.

Because the octree always splits nodes down the middle, it is not as flexible as k-means clustering or the next method.

MATLAB's rgb2ind, which the OP mentions, does uniform quantization and something they call "minimum variance quantization":

Minimum variance quantization cuts the RGB color cube into smaller boxes (not necessarily cubes) of different sizes, depending on how the colors are distributed in the image.

I'm not sure what this means. This page doesn't give away anything more, but it has a figure that looks like a k-d tree partitioning of the RGB cube. K-d trees are spatial indexing structures that divide spatial data in half recursively. At each level, you pick the dimension where there is most separation, and split along that dimension, leading to one additional leaf node. In contrast to octrees, the splitting can happen at an optimal location, it is not down the middle of the node.

The advantage of using a spatial indexing structure (either k-d trees or octrees) is that the color lookup is really fast. You start at the root, and make a binary decision based on either R, G or B value, until you reach a leaf node. There is no need to compute distances to each prototype cluster, as is the case of k-means.

[Edit two weeks later] I have been thinking about a possible implementation, and came up with one. This is the algorithm:

This is a relatively simple algorithm when described this way, the code is somewhat more complex, because I tried to make it efficient but generic.

On a 256x256x256 RGB histogram I got these timings comparing k-means clustering and this new algorithm:

Note that k-means needs more iterations as the number of clusters increases, hence the exponential time increase. Normally one would not use such a big histogram, I wanted to have large data to make the timings more robust.

Here is an example of these three methods applied to a test image: 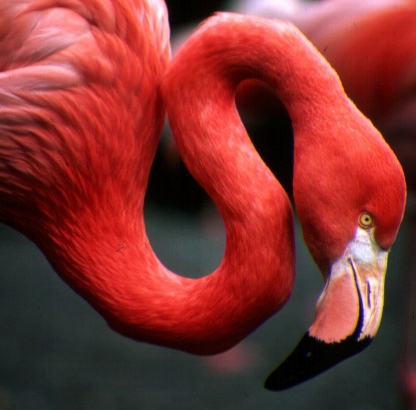 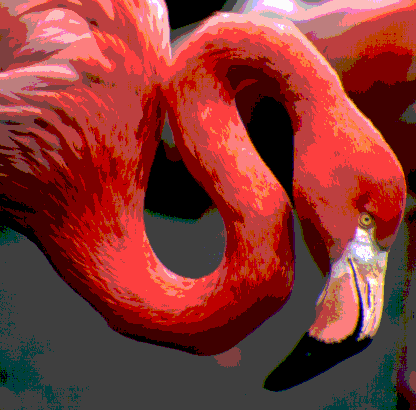 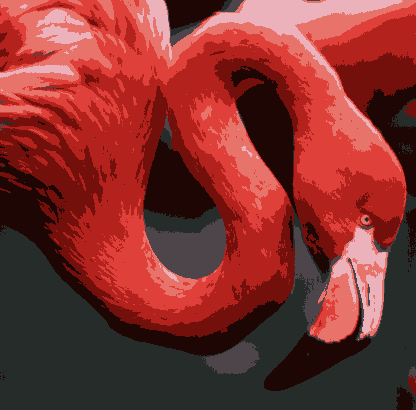 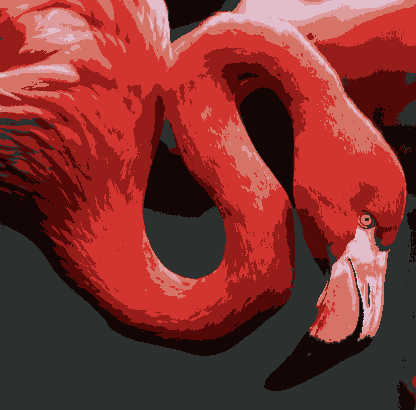 I like this last result better than the K-means result, though they are fairly similar. 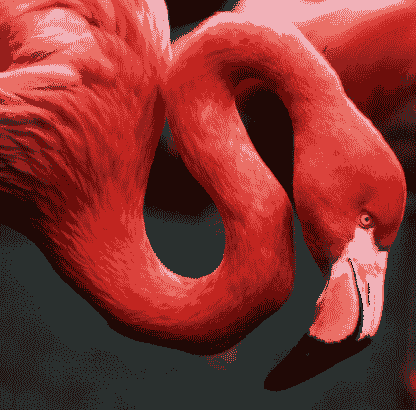 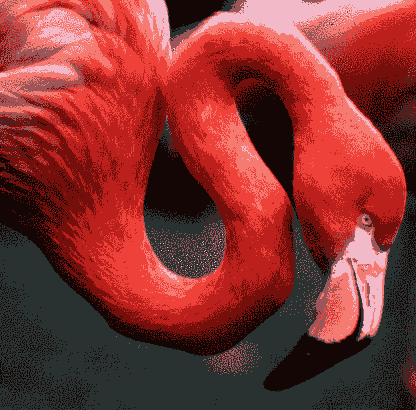 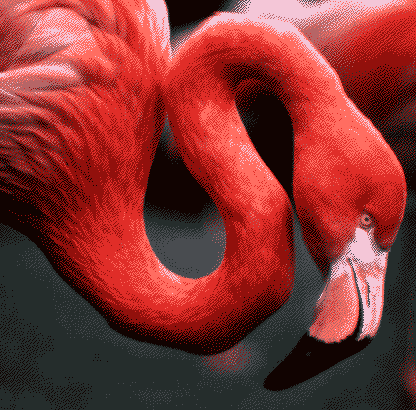 Sample c++ code
For the speed, it might be depending on GPU parallel programming C/C++.

Not the answer you're looking for? Browse other questions tagged c++ matlab opencv image-processing or ask your own question.

0
OpenCV change number of tones/levels of gray
0
How to make a blur image into only several colors averagely?
21
How can I generate a palette of prominent colors from an image?
9
Need to make a cartoon comic version of a picture with Python and OpenCV
1
GPU parallel programming C/C++
0
Convert RGB Color Image to Indexed Color Image Type in OpenCV C++
0
What is the algorithm behind photoshop palette knife effect?
0
color shift image to match a palette
0
Is there a way to get the most common items from an array and exclude double items?