Apple's recommended way for organizing assets in a SpriteKit project has changed greatly over the course of the engine's history. There have also been bugs in the old methodology which stymied the implementation of these practices and required workarounds. The old Q&A on SO is full of information that is outdated or muddled by information about dealing with bugs that no longer exist. There needs to be a post on SO that tells how to implement the current solution to this question without being distracted by discussion about outdated workflows or resolved bugs. So the question is this:

How do I organize my image assets in a SpriteKit project? Some Apple docs say to use texture atlases to improve performance. But the SKTextureAtlas class reference describes options for creating both texture atlases and sprite atlases. Which one should I use and how do I implement it?

In this WWDC video at timestamp 18:06, the speaker says:

Organize your image assets in the normal way in asset catalogs: group them, name them in a sprite atlas. And what this does is automatically create texture atlases at build time that you can retrieve through the SKTextureAtlas class.

This is confirmed (although less clearly than in the video) in the class reference doc, where it says:

Both the video and the class reference doc also mention that this practice lets you take advantage of app thinning (discussed at length in the video).

By default, new Xcode game projects are created with an asset catalog. Or, you can add a new asset catalog to your project by selecting File > New > File... and then selecting Asset Catalog from the Resource section in the screen that appears.

To add a sprite atlas, first select your asset catalog in the project navigator. Then either right-click or select the plus button (+) in the outline view of the editor area. Select New Sprite Atlas from the drop-down list that appears. 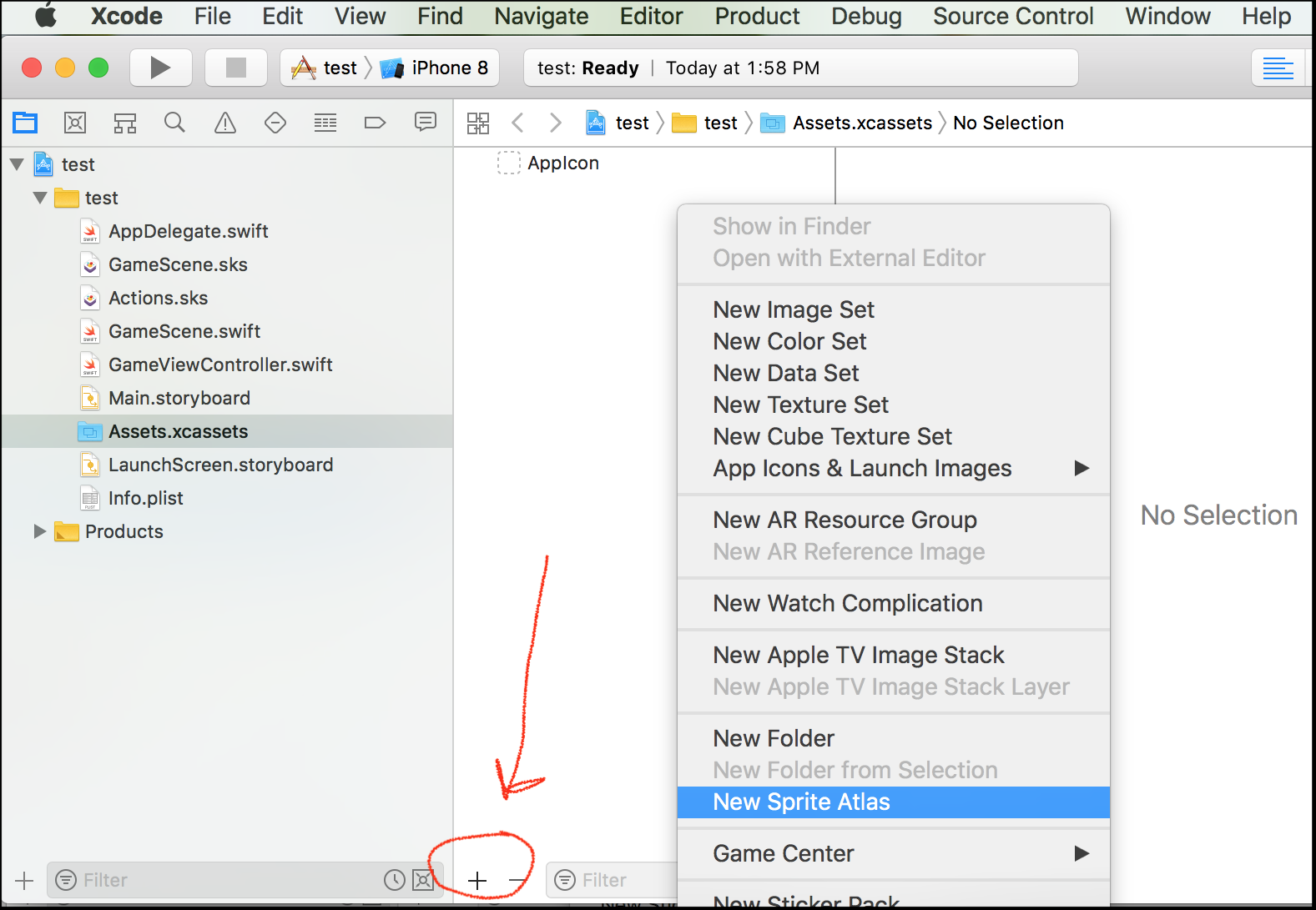 Not the answer you're looking for? Browse other questions tagged ios swift sprite-kit asset-catalog sktextureatlas or ask your own question.

0
Xcode SpriteKit: How to add a Sprite Atlas in Xcode 13