Something called the "bridge method" concept related to Java Generics made me stop at a point and think over it.

Btw, I only know that it occurs at the bytecode level and is not available for us to use.

But I am eager to know the concept behind the "bridge method" used by the Java compiler.

What exactly happens behind the scenes and why it is used?

Any help with an example would be greatly appreciated.

It's a method that allows a class extending a generic class or implementing a generic interface (with a concrete type parameter) to still be used as a raw type.

This can't be used in its raw form, passing two Objects to compare, because the types are compiled in to the compare method (contrary to what would happen were it a generic type parameter T, where the type would be erased). So instead, behind the scenes, the compiler adds a "bridge method", which looks something like this (were it Java source):

The compiler protects access to the bridge method, enforcing that explicit calls directly to it result in a compile time error. Now the class can be used in its raw form as well:

Why else is it needed?

In addition to adding support for explicit use of raw types (which is mainly for backwards compatability) bridge methods are also required to support type erasure. With type erasure, a method like this:

is actually compiled into bytecode compatible with this:

The FAQ below is a good read.

Notice that after erasure, method set in A became public void set(Object newVal) since there is no bound on Type parameter T. There is no method in class B the signature of which is the same as set in A. So there is no override. Hence, when something like this happened:

Polymorphism won't work here. Remember you need to override the method of parent class in child class so that you can use parent class var to trigger polymorphism.

It's insteresting to note that the compiler infers that MyComparator's method:

is trying to override Comparator<T>'s

from the declared type Comparator<Integer>. Otherwise, MyComparator's compare would be treated by the compiler as an additional (overloading), and not overridding, method. And as such, would have no bridge method created for it.

As indicated by this article and this article, the key reason of the Java bridge method is Type Erasure and Polymorphism. 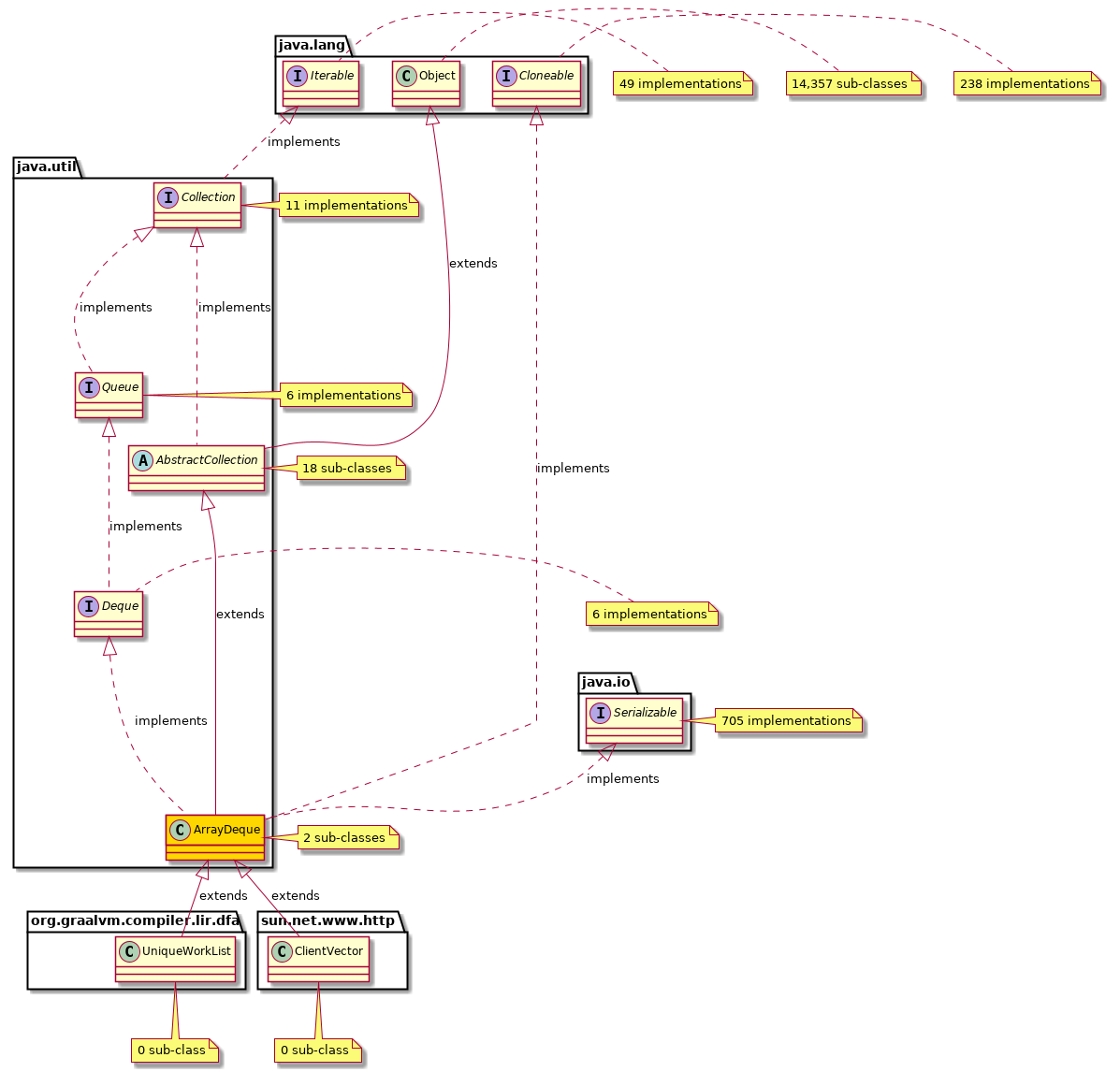 But the problem is the return type of ArrayDeque.clone() is ArrayDeque<E>, and it did not match to the method signature defined in the parent Object.clone(), and in Object.java the return type is Object instead.

Not the answer you're looking for? Browse other questions tagged java generics or ask your own question.

3
How generic interface methods are implemented
1
java compareTo() for rawtype Comparable
0
What are bridge or synthetic methods in java?
30
Any way to inherit from same generic interface twice (with separate types) in Kotlin?
15
How to just get the method in the implement class with a generic interface in Java
6
Debugging's step into won't work on own code: MyClass$Proxy$_$$_WeldClientProxy.myMethod() line: not available
6
java method return type is not actual type
4
Strange call stack when using Callable
4
Generics Bridge Method --- on Polymorphism
5
Writing Synthetic/Bridge method in java
See more linked questions

4144
What are the differences between a HashMap and a Hashtable in Java?
7414
Is Java "pass-by-reference" or "pass-by-value"?
3760
How do I efficiently iterate over each entry in a Java Map?
3490
What is the difference between public, protected, package-private and private in Java?
4290
Avoiding NullPointerException in Java
4509
How do I read / convert an InputStream into a String in Java?
3453
When to use LinkedList over ArrayList in Java?
3907
How do I generate random integers within a specific range in Java?
3356
How do I convert a String to an int in Java?
3580
How can I create a memory leak in Java?