Plotting seaborn heatmap on top of a background picture

I am creating a heatmap through seaborn in Jupyter to display the amount of people that would choose a certain coordinate point. I currently have the heatmap created with the following code

Here's a link to the picture as well if needed to see how it looks. 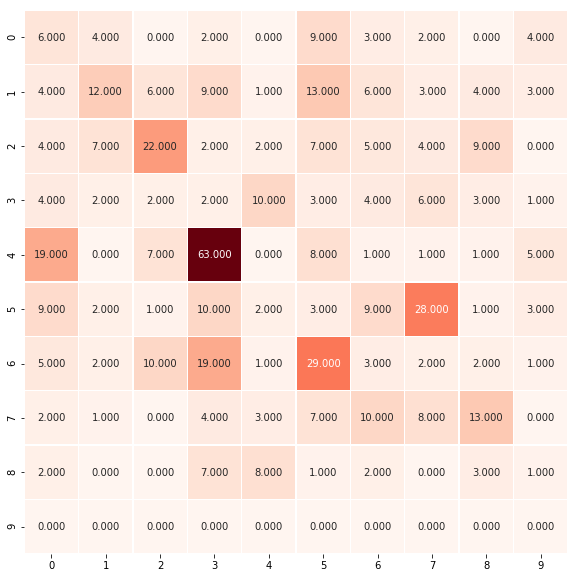 You also need to scale/flip the images so they plot together, because the map is probably much finer resolution than the heatmap. We let Seaborn do its adjustment work and then match it in imshow which displays the map.

You can modify or create a colormap to have transparency near 0, and I left the code in to show you how, but the resulting figure was suboptimal because I couldn't read the map under high-heat locations. As shown, the whole heatmap is translucent.

Left for the reader: change the tickmarks to refer to map coordinates, not heatmap indices. 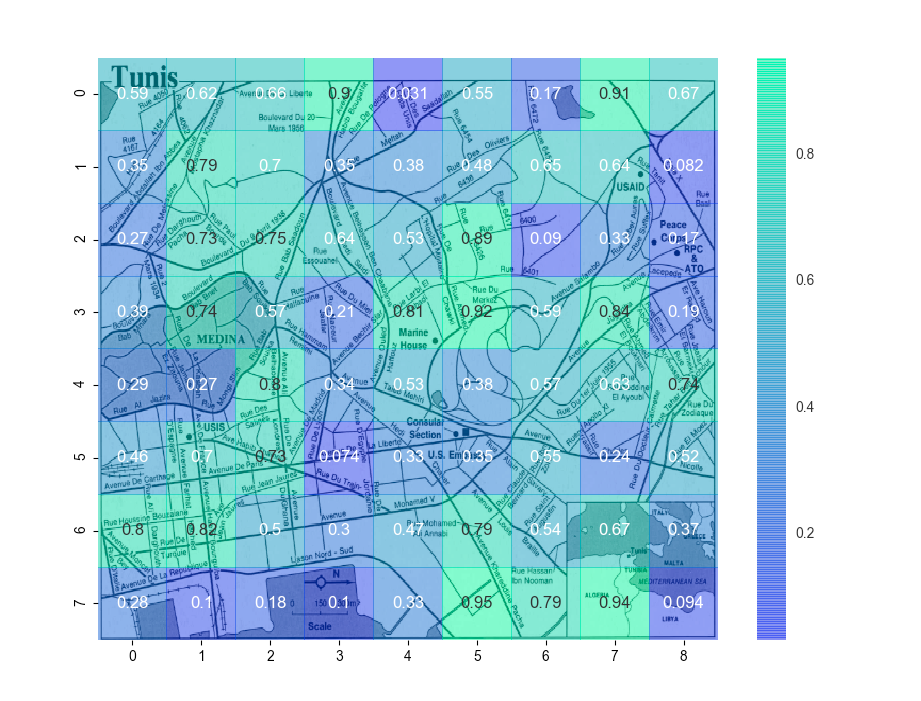 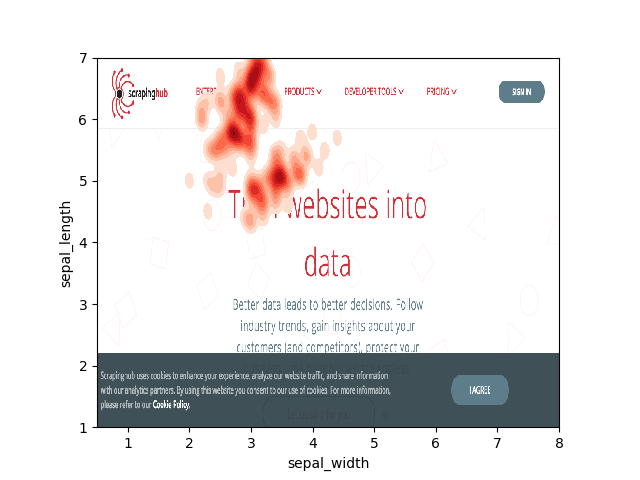 Not the answer you're looking for? Browse other questions tagged python matplotlib jupyter seaborn or ask your own question.