If you ran upon this issue but continued to wish to utilise version 8 of MySQL, you can. When creating the database using Docker, you can accomplish this by instructing MySQL Server to implement the legacy authentication plugin.

Thus, your compose file will seem as follows: 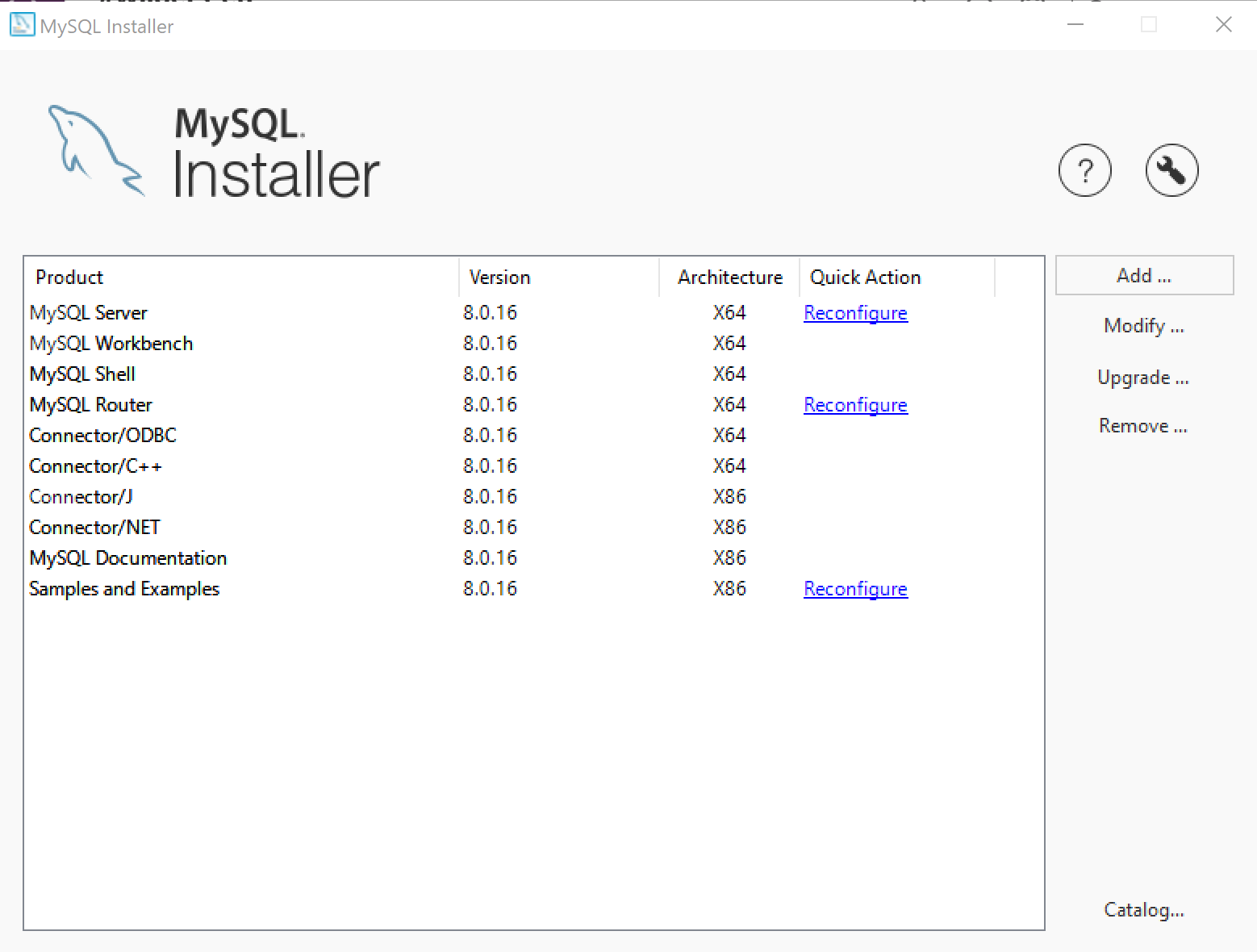 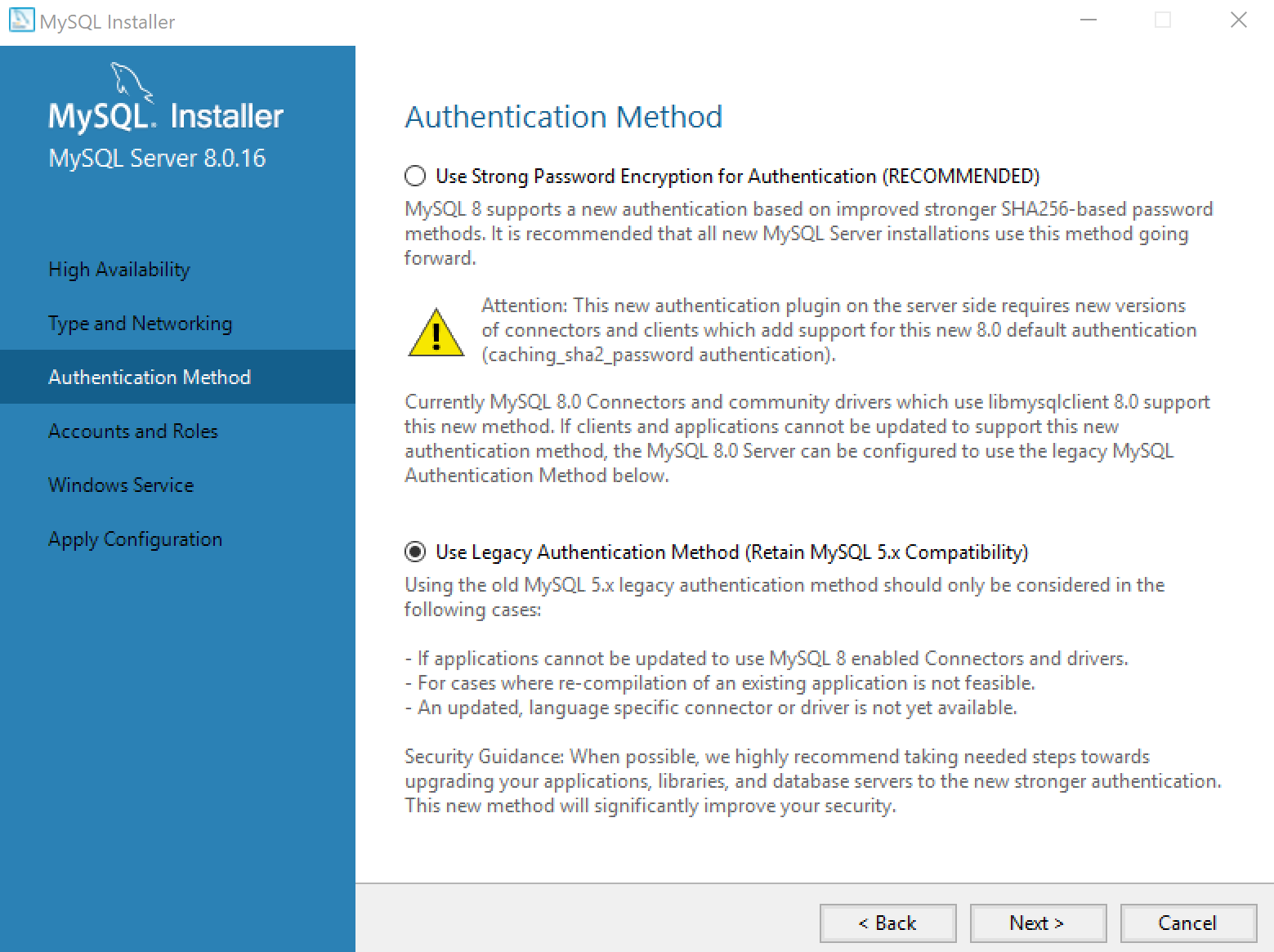 If you're on Mac OS, and would like to use the legacy password encryption without using terminal.

2
Store JSON using mysql module for Nodejs
1
can't connect to mysql using nodejs
1
About node.js with mysql
1
Problem with connecting Node.js with MySQL
0
I'm getting a Error using node package mysql v2.16.0 while connecting to database Error: Packets out of order. Got: 80 Expected: 0
2
My connection between my node.js index for a website and mysql is not working
1
AWS, error message meaning when trying to establish connection with RDS
0
I'm getting unknown database error while connecting to mysql through node.js