With old Jupyter notebooks, I could create interactive plots via:

However, in JupyterLab, this gives an error:

I have also tried the magic (with jupyter-matplotlib installed):

But that just returns:

Inline plots work, but they are not interactive plots:

To enable the jupyter-matplotlib backend, use the matplotlib Jupyter magic: 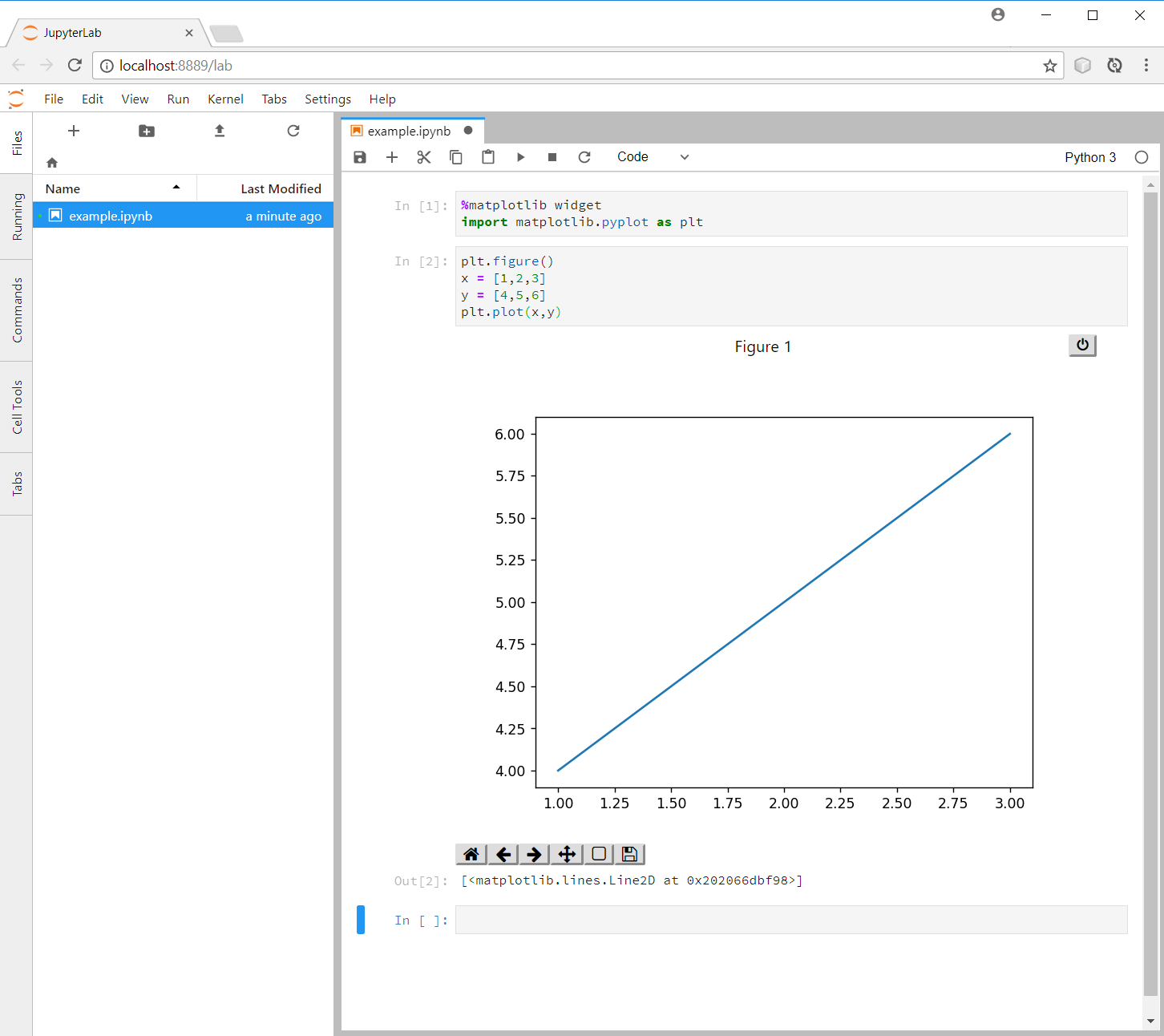 As per Georgy's suggestion, this was caused by Node.js not being installed.

I had previously used Mateen's answer several times, but when I tried them with JupyterLab 3.0.7 I found that jupyter labextension install @jupyter-widgets/jupyterlab-manager returned an error and I had broken widgets.

After a lot of headaches and googling I thought I would post the solution for anyone else who finds themselves here.

The steps are now simplified, and I was able to get back to working interactive plots with the following:

Step 2 will automatically take care of the rest of the dependencies, including the replacements for (the now depreciated?) @jupyter-widgets/jupyterlab-manager

Hope this saves someone else some time!

In a complex setup, where jupyter-lab process and the Jupyter/IPython kernel process are running in different Python virtual environments, pay attention to Jupyter-related Python package and Jupyter extension (e.g. ipympl, jupyter-matplotlib) versions and their compatibility between the environments.

And even in single Python virtual environment make sure you comply with the ipympl compatibility table.

A couple of examples how to run JupyterLab.

The simplest cross-platform way to run JupyterLab, I guess, is running it from a Docker container. You can build and run JupyterLab 3 container like this.

When it finishes (and it'll take a while), the bottommost lines in the terminal should be something like.

You can just click on that link and JupyterLab should open in your browser. Once you shut down the JupyterLab instance the container will stop. You can restart it with docker start -ai jupyter. 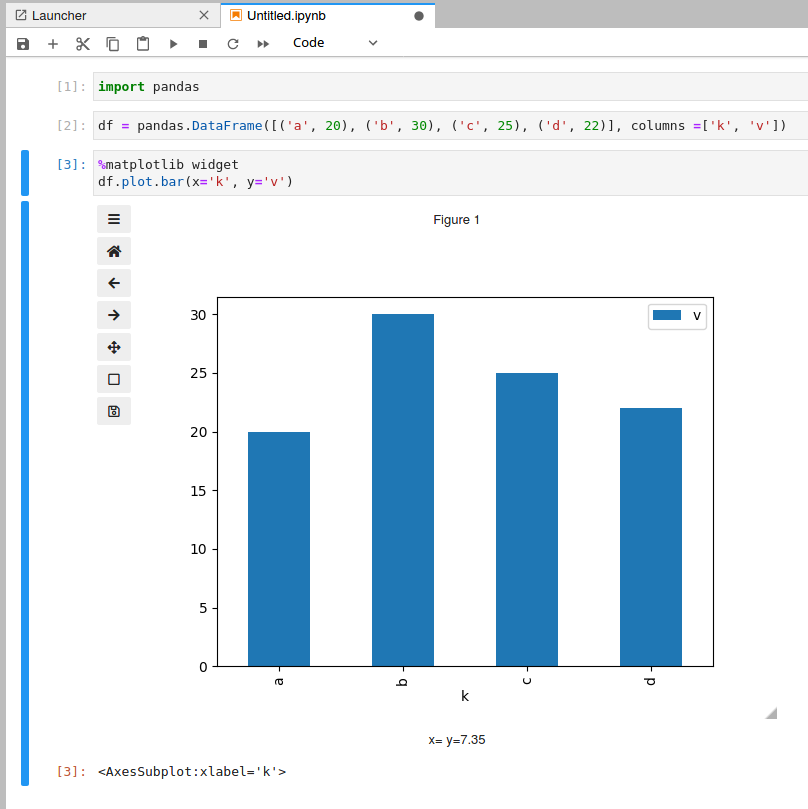 This GitHub Gist illustrates the idea how to build a Python virtual environment with JupyterLab 2 and also building all required extensions with Nodejs in the container, without installing Nodejs on host system. With JupyterLab 3 and pre-build extensions this approach gets less relevant.

I was scratching my head today while debugging the %matplotlib widget not working in JupyterLab 2. I have separate pre-built JupyterLab venv (as described above) which powers local JupyterLab as Chromium "app mode" (i.e. c.LabApp.browser = 'chromium-browser --app=%s' in the config), and a few IPython kernels from simple Python venvs with specific dependencies (rarely change) and an application exposing itself as an IPython kernel. The issue with the interactive "widget" mode manifested in different ways.

In the browser console I had these errors:

In the JupyterLab UI:

On downgrade of ipympl==0.6.3 in the kernel venv in the browser console:

Once I made the packages/extensions according to ipympl compatibility table:

It more or less works as expected. Well, there are verious minor glitches like except I put %matplotlib widget per cell with chart, say on restart, the first chart "accumulates" all the contents of all the charts in the notebook. With %matplotlib widget per cell, only one chart is "active" at a time. And on restart only last widget is rendered (but manual re-run of a cell remediates).

This solution works in jupyterlab

Not the answer you're looking for? Browse other questions tagged python matplotlib jupyter-lab or ask your own question.

2
'%matplotlib notebook' behavior in Jupyter Lab
220
How to add hovering annotations in matplotlib
8
JupyterLab fig does not show. It shows blank result (but works fine on jupyternotebook)
9
Widget and graph don't show up in Jupyter lab (they show up as text)
5
Jupyterlab Inline Interactive plot
5
Zoom and Pan Options in plots for matplotlib on jupyter Notebook
2
Live plotting in Jupyter Lab 3 using Matplotlib
0
How to make a ipywidget button update a specific axis of a matplotlib figure?
1
Ipympl outputs "Error displaying widget: model not found" when running Jupyter Lab in a pipenv
1
Dynamically plot instead of %matplotlib notebook in jupyter lab without side effect
See more linked questions