Terraform: How to migrate state between projects?

What is the least painful way to migrate state of resources from one project (i.e., move a module invocation) to another, particularly when using remote state storage? While refactoring is relatively straightforward within the same state file (i.e., take this resource and move it to a submodule or vice-versa), I don't see an alternative to JSON surgery for refactoring into different state files, particularly if we use remote (S3) state (i.e., take this submodule and move it to another project).

The least painful way I’ve found is to pull both remote states local, move the modules/resources between the two, then push back up. Also remember, if you’re moving a module, don’t move the individual resources; move the whole module.

Probably the simplest option is to use terraform import on the resource in the new state file location and then terraform state rm in the old location.

Terraform does handle some automatic state migration when copying/moving the .terraform folder around but I've only used that when shifting the whole state file rather than part of it.

I use this script (not work from v0.12) to migrate the state while refactoring. Feel free to adopt it to your need.

Note that terraform pull is deprecated from v0.12 (but not removed and still works), and terraform push does not work anymore from v0.12.

Below are unrelated to the OP:

If you are renaming your resources in the same project.

So if you'll end up with a mono-dir with every resource, never is late to start segregating them by service, team, client, etc.

If the security folder still does not exists (which is the best scenario). 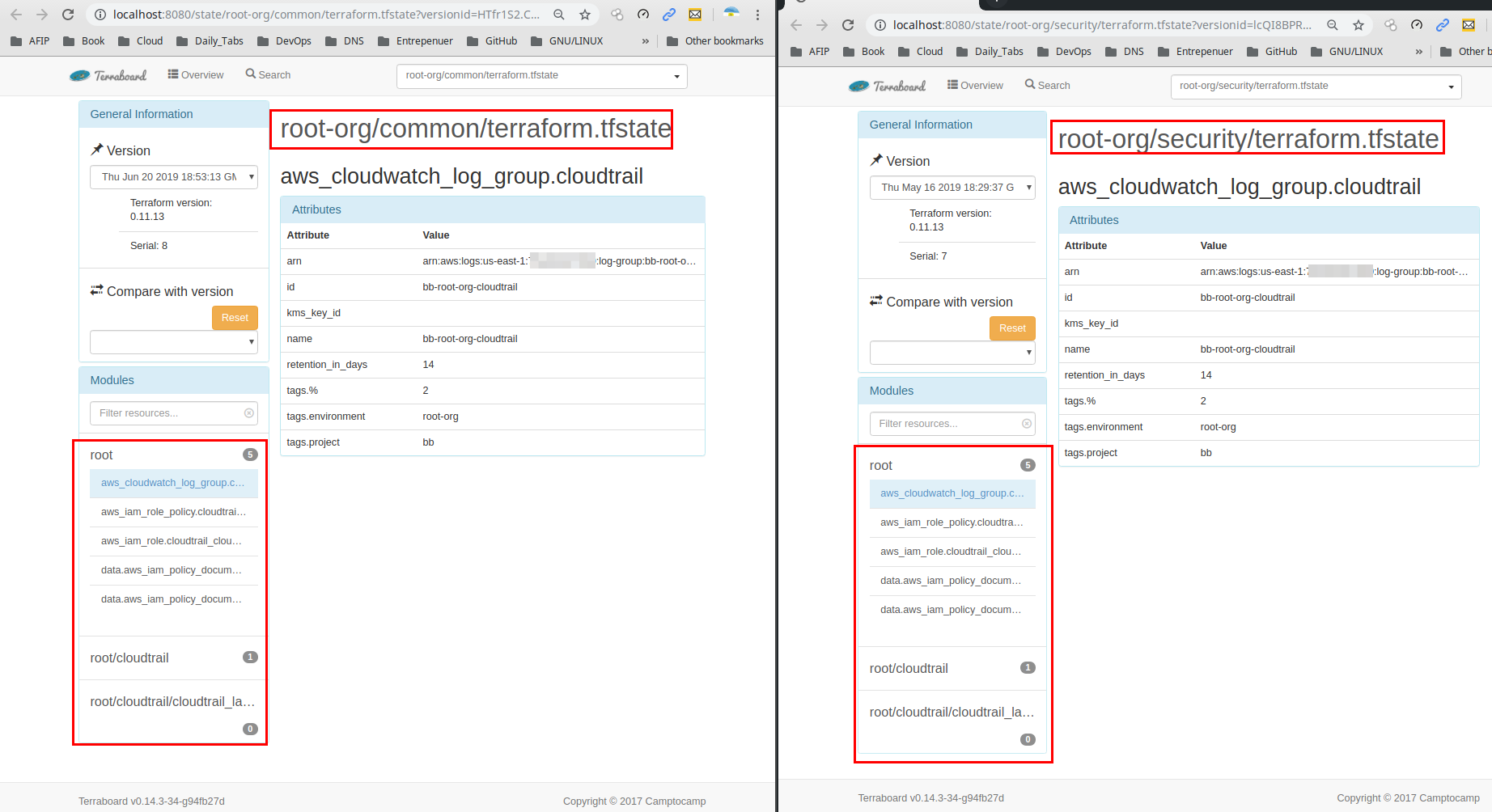 As reference we can consider the following doc and tools:

amazon-s3 terraform or ask your own question.

651
What is the difference between Amazon SNS and Amazon SQS?
286
How to rename files and folder in Amazon S3?
8
terraform remote state
82
Initial setup of terraform backend using terraform
2
Share Google Cloud Platform project across terraform workspaces
13
How to organize terraform modules for multiple environments?
0
Import existing Azure resource groups to terraform state
0
Terraform backend empty state
2
How can I list Terraform resources with their IDs