I am building an example to show, graphically, how the least square method works. I am applying a numerical approach where I feed R a number of combinations of possible values of intercept (a) and slope (b), then compute the sum of squares (SSE) for all possible combinations. The combinations of a and b with associated the lowest SSE should be the best one, but somehow my estimates of a are always off mark compared to the real value computed by lm(). On top of that, My estimate of a is sensitive to the range of possible values of a given to R - the broader the range, the more the estimate of a is off.

Here is my example. I'm using the dataset "longley", built in R: 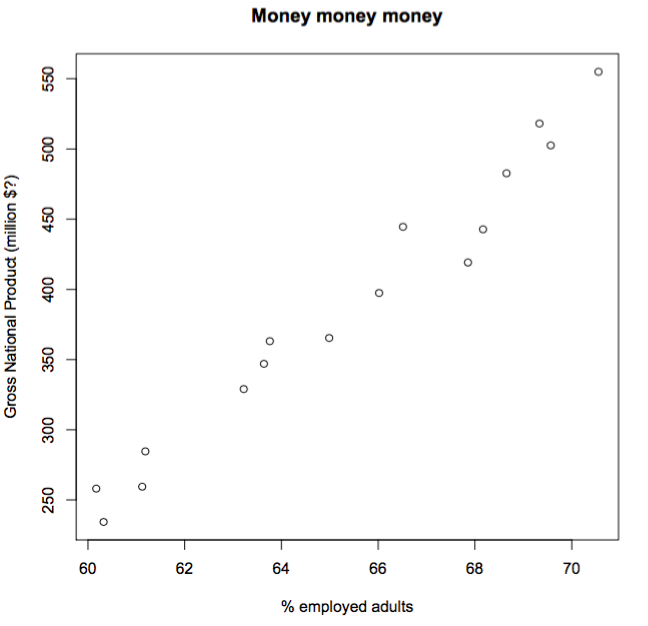 My estimate of b is spot on but a is slightly off. Moreover, extending the range of possible values of a and b produces estimates of a that are even further from the real value, giving me an estimate of a around -1428 - besides making my loop work forever, which I could solve by using apply() if I weren't a lazy ass. 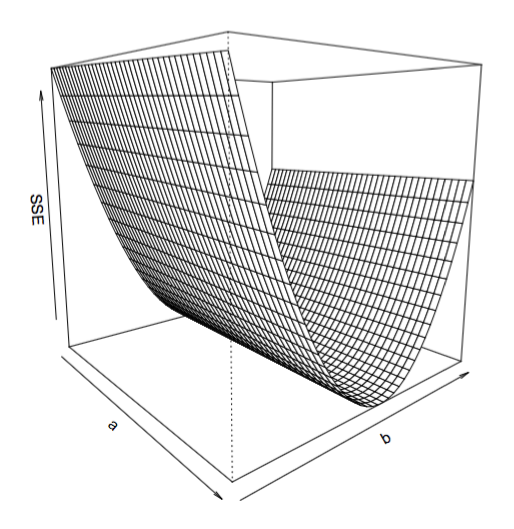 This suggests that the correlation between sum of squares and possible a values is roughly flat, which explains why estimates of a tend to be off mark. This still puzzles me: if the analytical approach to the Least Squares method nails the estimates of the parameter values, so should a numerical approach.

Thank you in advance for your feedback.

It's been pointed out that the issue is a resolution one. I overlooked that the value of SSE associated to each value of a is not independent from b; on top of that, changes in SSE are more strongly affected by changes in b than they are by changes in a (or at least that's my understanding of it). The result is that approximations in the estimated value of the slope b can thow off the estimate of the intercept a.

Here are three graphs showing the correlation between a, b, and SSE for broader and sparser ranges of values: 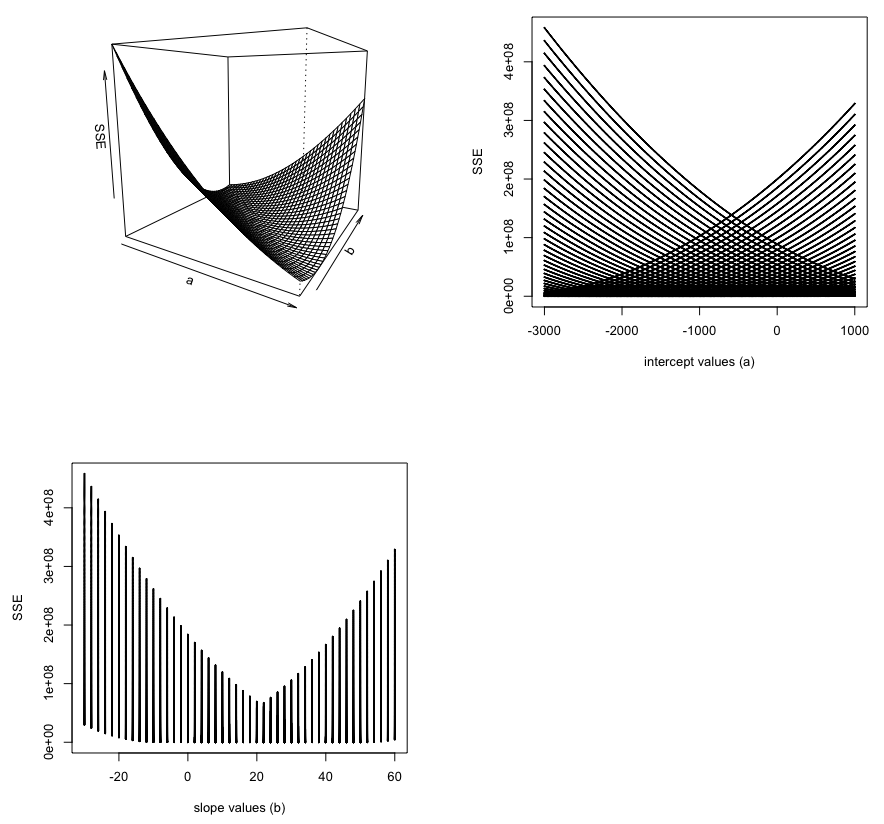 @ben-bolker is right. It is not entirely correct to say that your "estimate of b is spot on." The difference between the value that minimizes SSE in your example, 27.84, and the OLS estimate, 27.83626, turns out to significantly affect the intercept estimate.

Not the answer you're looking for? Browse other questions tagged r linear-regression or ask your own question.