I've downloaded the file which is example.sql.zip but when I upload to my localhost I get this error: phpMyAdmin - Error > Incorrect format parameter

I've tried to export with other formats and I get the same error.

I've tried with other SQL Databases and it exports/ imports just fine.

What could it be? A corrupt database or other?

This issue is not because of corrupt database. I found the solution from this video - https://www.youtube.com/watch?v=MqOsp54EA3I

It is suggested to increase the values of two variables in php.ini file. Change following in php.ini

Then restart the server.

This solved my issue. Hope solves yours too.

Compress your .sql file, and make sure to name it .[format].[compression], i.e. database.sql.zip.

As noted above, PhpMyAdmin throws this error if your .sql file is larger than the Maximum allowed upload size -- but, in my case the maximum was 50MiB despite that I had set all options noted in previous answers (look for the "Max: 50MiB" next to the upload button in PhpMyAdmin).

For me, adjusting the 2 values was not enough. If the file is too big, you also need to adjust the execution time variables.

This did the trick for me. The variables can be choosen differently of course. Maybe the execution time has to be even higher. And the size depends on your filesize.

None of these answers worked for me. I had to use the command line:

If you use docker-compose just set UPLOAD_LIMIT

Initially thought it could have been the parameters and tested again. Faster, from my previous experince with it, I realized that it was due to other reasons (size of the file, execution of script has a maximum time defined, etc).

So, I've gone to php.ini 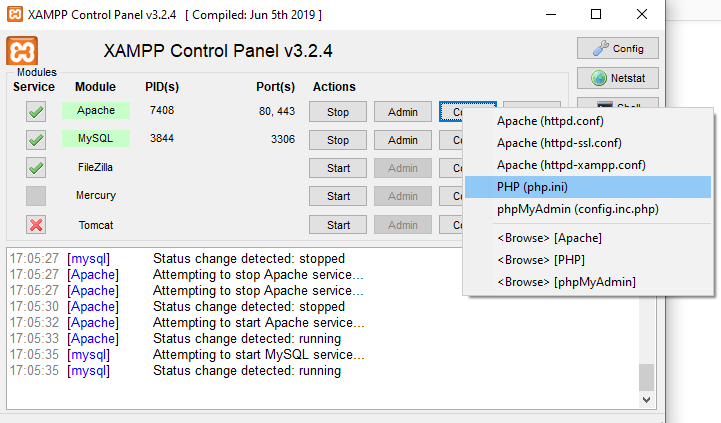 and changed the values from the following settings

After this modification, stoped MySQL and Apache and started them again, went to phpmyadmin trying to import. Then I reached another error

which was fixed by simply setting in xampp/phpmyadmin/libraries/config.default.php 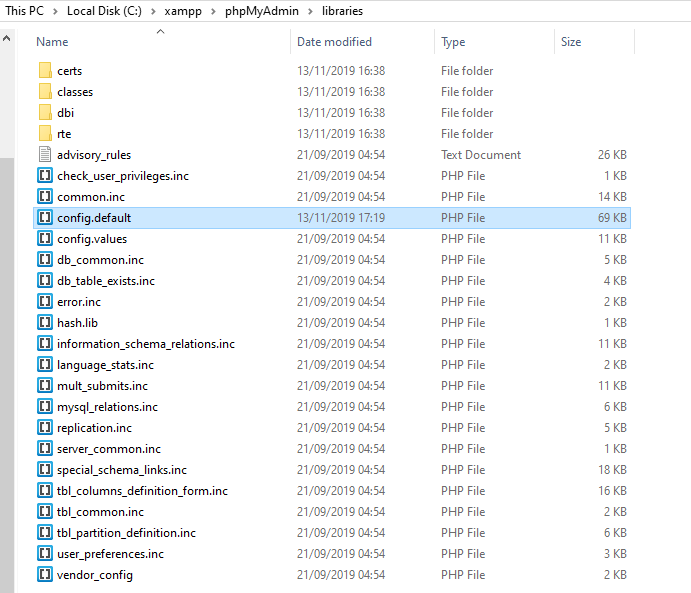 Then, after a while, the import happened without problems.

I got this error too, and I'm working with ubuntu 20.04 and PHP 8.0 so I solved the problem with these steps:

in opened file find upload_max_filesize, post_max_size, max_input_time, max_execution_time by CTRL + w and increase the values like this:

save the INI file by CTRL + o and then close that by CTRL + x.

then restart your web server by this command:

NOTE: These 4 parameters are not together and you have to find them one by one.

Without any problems, I imported directly from the command line.

If you prefer to edit the file php.ini in your favorite editor than the Editor created by MAMP, you would need to stop the Servers first.

Then head to Library->Application Support->appsolute->MAMP PRO->templates->php{version_number}.ini.temp and effect any change you would want to have especially the below

And also make changes in your PHPMyAdmin if it is what you are using in Cpanel.

Make sure you make a copy of the original file. You can navigate under conf!here 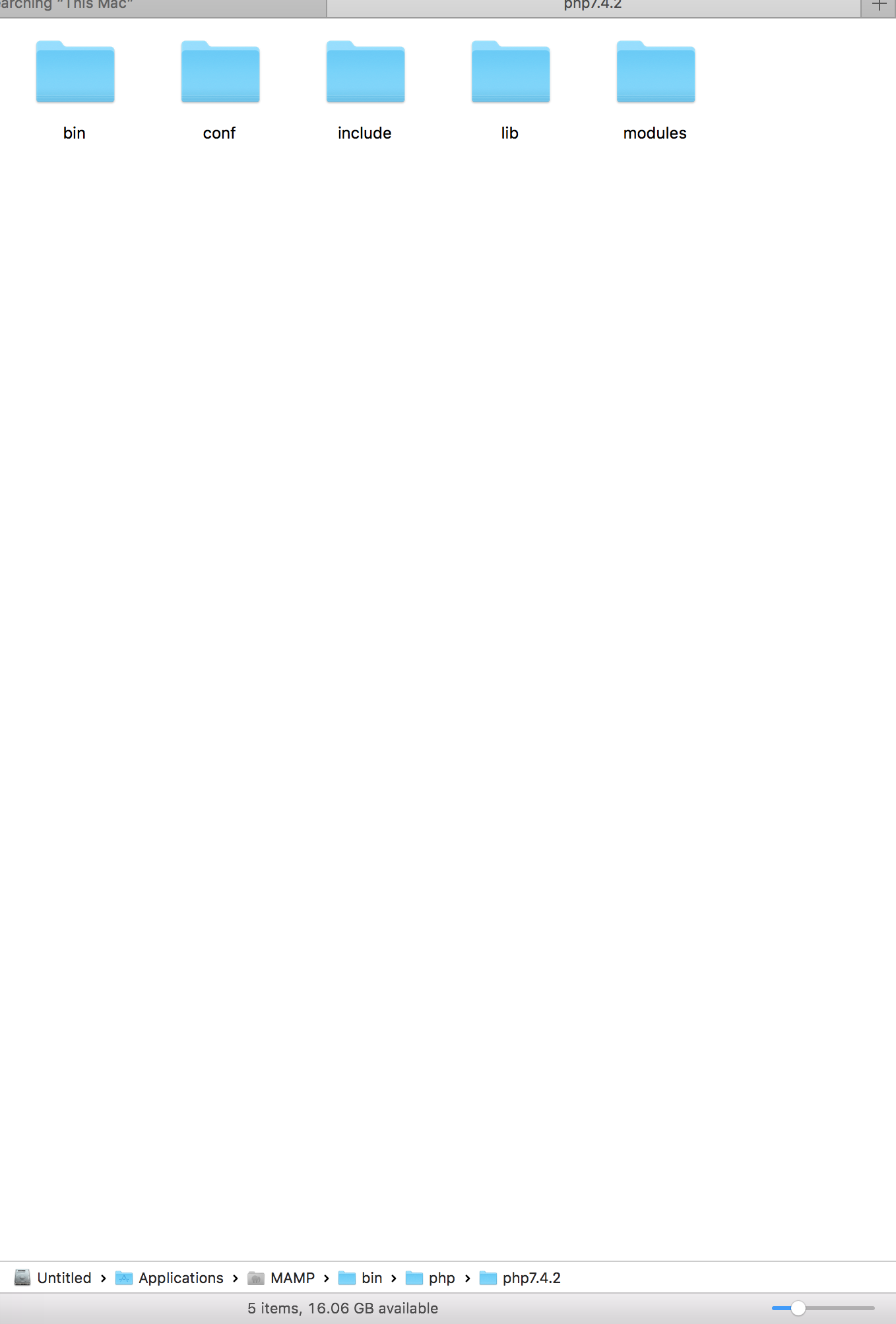 I had this problem but with a docker container (phpmyadmin users),

This problem was in a Windows pc, at Linux i didnt need to do this.

Note: If you're using MAMP you MUST edit the file using the built-in editor.

Select PHP in the languages section (LH Menu Column) Next, in the main panel next to the default version drop-down click the small arrow pointing to the right. This will launch the php.ini file using the MAMP text editor. Any changes you make to this file will persist after you restart the servers.

Editing the file through Application->MAMP->bin->php->{choosen the version}->php.ini would not work. Since the application overwrites any changes you make.

Needless to say: "Here be dragons!" so please cut and paste a copy of the original and store it somewhere safe in case of disaster. 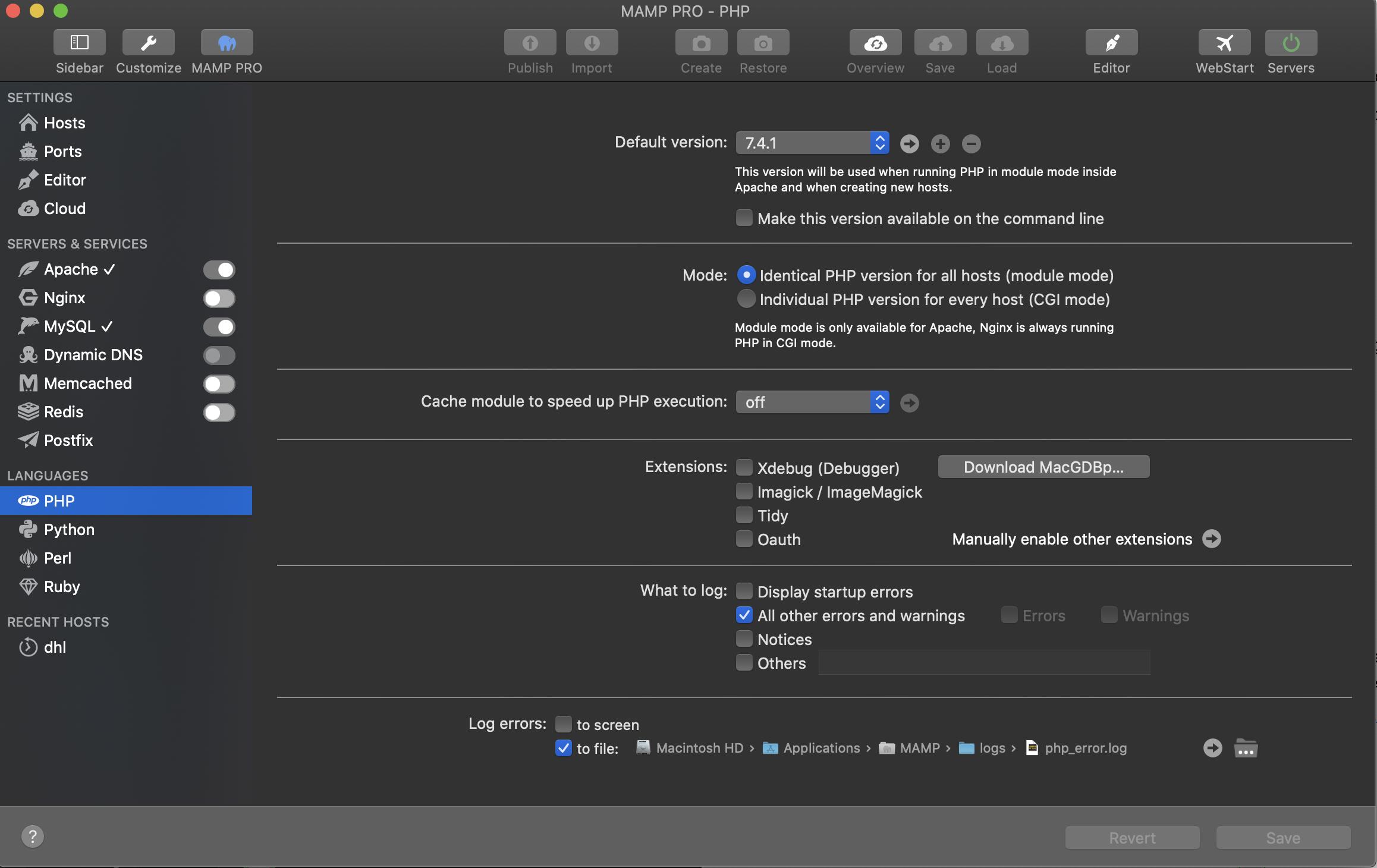 I was able to resolve this by following the steps posted here: xampp phpmyadmin, Incorrect format parameter

Because I'm not using XAMPP, I also needed to update my php.ini.default to php.ini which finally did the trick.

On the command line use

This error is caused by the fact that the maximum upload size is (Max: 2,048KiB). If your file is bigger than this, you will get an error. Zip the file and upload it again, you will not get the error.

I had this error and as I'm on shared hosting I don't have access to the php.ini so wasn't sure how I could fix it, the host didn't seem to have a clue either. In the end I emptied my browser cache and reloaded phpmyadmin and it came back!

You can use xampp shell

If you can't upload import file due to big size and you can't modify parameters because you are in a shared hosting try to install on your computer HeidiSQL and load file from there.

This tends to occur when you change the PHP settings as mentioned here and continue to import the database without first restarting Apache. That causes the error to be triggered.

None of the above answers solved it for me.

I cant even find the 'libraries' folder in my xampp - ubuntu also.

So, I simply restarted using the following commands:

Not the answer you're looking for? Browse other questions tagged database mysql or ask your own question.