I am trying to move to the new build system when compiling with Xcode 10. However, it gives the following error:

Even after removing the problem file, I get the same for another xib/storyboard. How can I solve this error without reverting to the legacy build system?

For anybody having an issue with Xcode 10 build system, follow the following steps to fix it:

It will resolve the build issue with the new Xcode.

I was having this issue with Cocoapods. The solution was to clean the build folder re-install all pods, and then rebuild the app. The issue resolved itself that way.

In fact, you only need to pay attention to Xcode's prompt This usually can be resolved by moving the target's Headers build phase before Compile Sources, and then you can do it.

When I encountered this problem, Xcode prompts me:

I only did one thing and solved the problem perfectly:

Select Target and then select Build Phase to move the Run Script to the front of Compile Sources.

The principle is simple, just change the compilation order.

I was having this issue with Cocoapods and found a temporary workaround:

Xcode 10's new build system detects dependency cycles in your build and provides diagnostics to help you resolve them. Fixing these dependency cycles improves the reliability of your build, so that the correct products are produced consistently (cycles are a possible cause of needing to delete your derived data). It also improves your incremental build times, as cycles in the build cause something in your build graph to always be out-of-date on each build, making the build re-do work unnecessarily every time you build.

There is documentation on resolving some common types of dependency cycles in Xcode Help: https://help.apple.com/xcode/mac/current/#/dev621201fb0

That said, this cycle diagnostic looks a little odd. It sounds like you were able to resolve it by re-arranging your build phases, but I don't think the diagnostic really explained the problem. If you wouldn't mind, a bug report about improving this diagnostic for this particular case would be very much appreciated. You can file one at https://bugreport.apple.com. Please include all details about your project that you think might be relevant; a sample project that reproduces the issue is ideal, but if you can't attach that, the diagnostic and some idea of the project structure is still helpful.

I had a similar issue with a mixed interaction between Swift, Objective-C and CoreData: in my project (written in Swift) I made use of Core Data's autogenerated Swift classes as well.

But at one point I needed an Objective C class with public properties (defined in its header counterpart) referring the the core data entities.

As soon as I changed the CoreData model, XCode tried to rebuild the classes and I got hung with the indicated cycle build error.

After an initial moment of despair, as I did not have any compile header phases in my project to change the order of, I found out that solution was quite simple:

In the myObjCClass.h I removed the shared Swift header import statement and changed it with a @class directive:

and I moved the #import "ProjectName-Swift.h" statement into the myObjCClass.m class definition file.

And it builded no worries.

I was finally able to resolve this by moving Embed App Extensions script in Build Phases of main Target to last position.

My solution was simply to Clean Build Folder then re-build.

I was facing the same issue: below was the error

Cycle in dependencies between targets 'Pods-MyAppName' and 'RxCocoa'; building could produce unreliable results. This usually can be resolved by moving the target's Headers build phase before Compile Sources. Cycle path: Pods-MyAppName → RxCocoa → Pods-MyAppName

I solved it using the below steps:

3) Drag the Headers Phase and move it above the Complile Sources build phase.

This fixed my issue. Hope it helps!

In the target's Scheme, find the label Build, and ensure that Find Implicit Dependencies is not checked. These steps may work.

I have the same issue with Cocoapods.

Then run your app, it should works now.

I've met similar issue when tried to archive my project on Xcode 10. Here's the detail text:

My issue had to do with a cyclical dependency between my swift bridging header and my objective c files.

In my objective c header files I had a #import "...-swift.h" file and then in a couple of my swift files I was including those files with said import and thus causing a cyclical dependency.

This is the StackOverflow that led me to find the solution:

How to prevent circular reference when Swift bridging header imports a file that imports Hopscotch-Swift.h itself

I wound up converting the above files to swift and this solved my issue.

The best temporary fix I've found (until you resolve the root problem) is to make a simple change to the source code (even something as trivial as adding a new line) then trying again. I find that making even a whitespace change is enough to allow it to build again. However, this is definitely temporary as it will likely happen again after a few tries.

It seems that you need to change the order of the build phases within your Pods targets. For me, moving Headers above the rest worked. You can automate this in your Podfile: 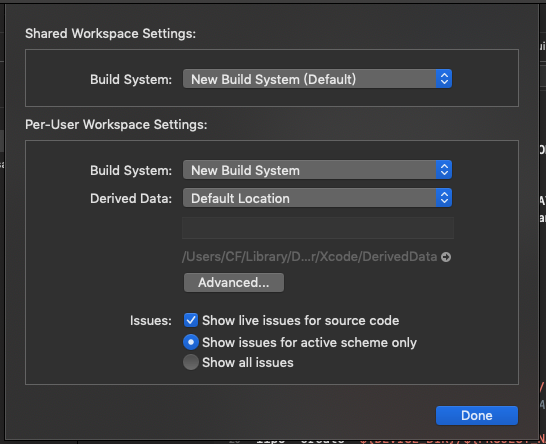 Problem is had disabled Enable Modules (C and Objective-C)

After enabling it (set to YES) got rid of the Error.

I had the same problem and error but mine happened when I "Created NSManagedObject Subclass" for my entity and I faced this error. So if you think your error is same as mine about Core Data what can probably help you (and helped me ) is to:

I think because in other scenarios Xcode creates a file automatically and when we create another one it causes a conflict. 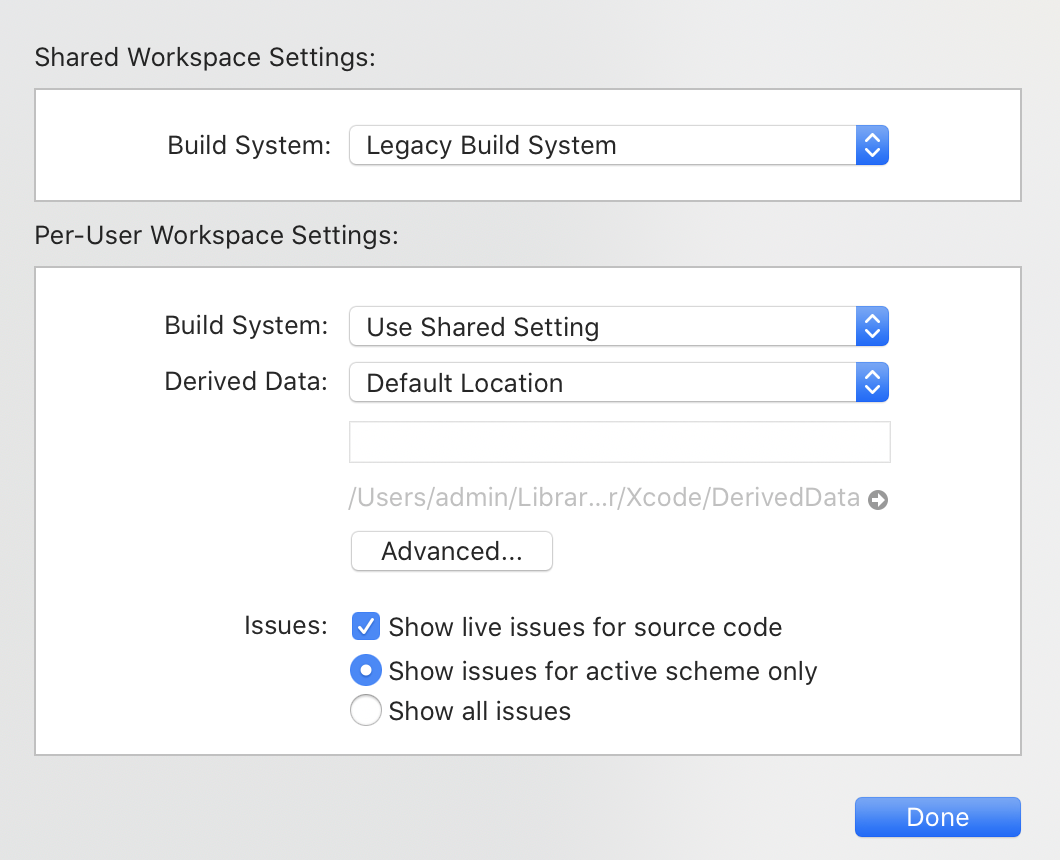 I have tried things from this page but the only thing that has helped me was that I made a copy of the target and updated the name of the copy (removed the copy suffix), and deleted the old one, and did pod install afterwards.

I faced this problem after updating Xcode to version 11.4. Downgrading to 11.2.1 fixed it.

Had this problem for a while as well. Added the following block at the end of the podfile (this will also get rid of some warnings):

I also moved use_frameworks! to the root of the Podfile.

Removed all pods and reinstall resolved the error

if you are developing on React-Native, it was the best way for me.

In the project pane on the LHS, for your build products, don't select them in the list for Target membership in the RHS pane.

46
How to prevent circular reference when Swift bridging header imports a file that imports Hopscotch-Swift.h itself
13
Xcode 10 framework dependency cycle with itself
0
Objective C, Swift Interoperability issue due to circular dependency
5
Cycle inside PROJECTNAME_Tests; building could produce unreliable results