Running the code in Xcode9 works, but there is a error in Xcode10. 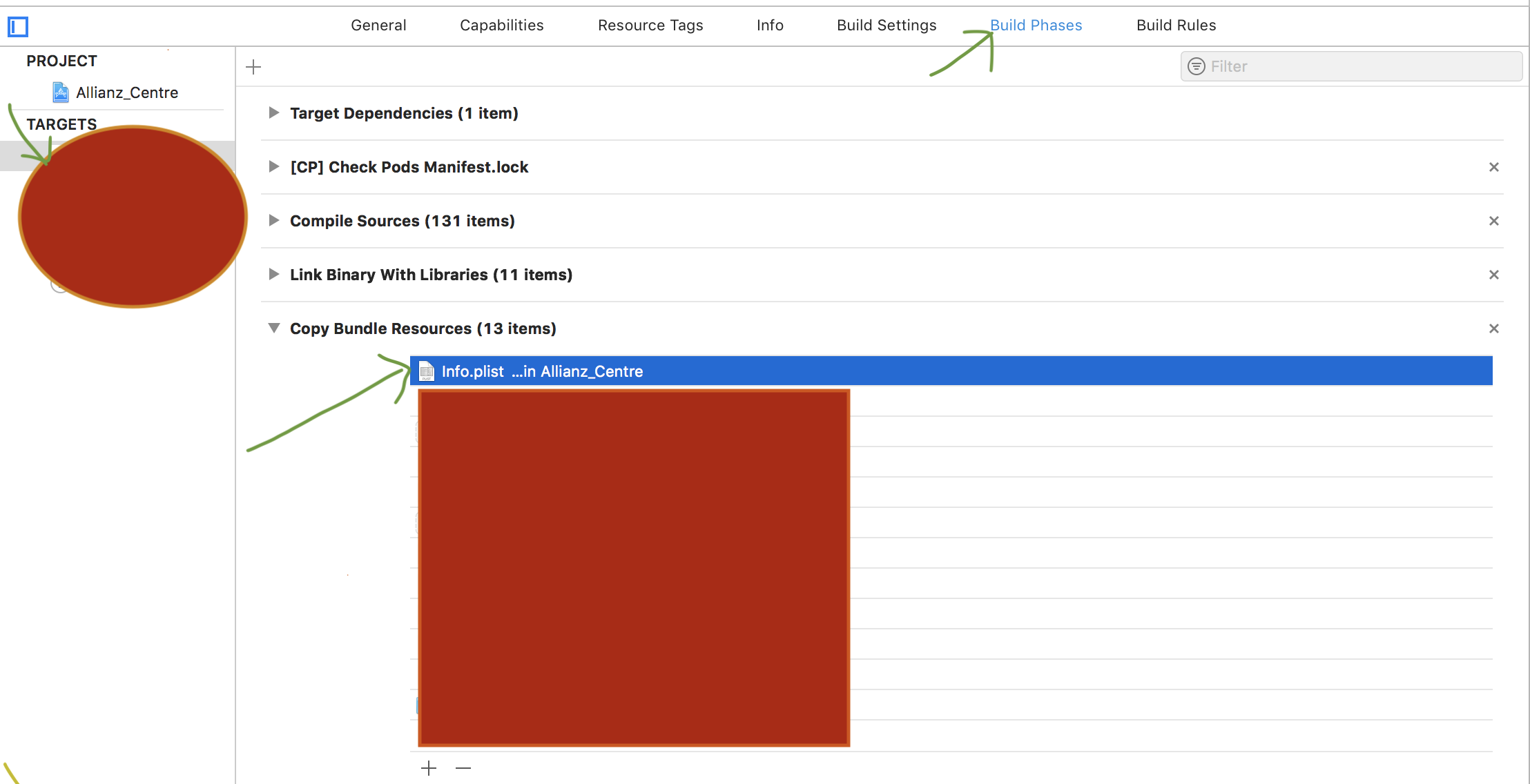 Note: If you have developed a watch app too then you will have to remove the plist from the watch and watch-extension too.

I found the solution for this build error, for anybody else having the same issue with Xcode 10 build system, follow the following steps to fix it: 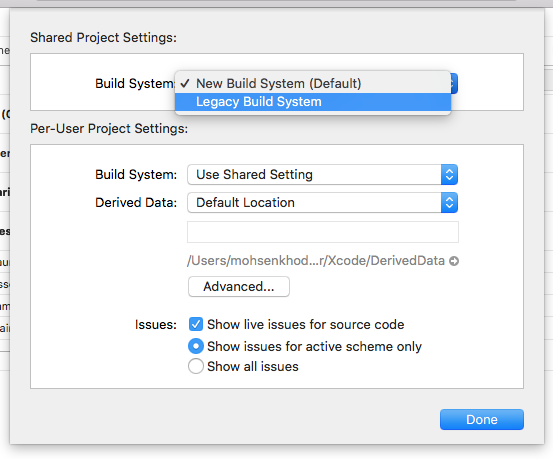 It will resolve the build issue with the new Xcode 10.

Go to Xcode -> File ->Workspace Settings. You will find one pop up like. 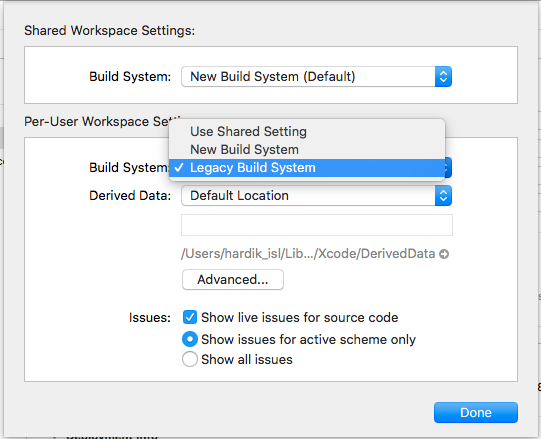 Note:- Make sure clear your project with "cmd+shift+alt+k" and "Derived Data"

Build your project it will work charm :)

I was experimenting with Core Data. I built a data model for a simple checklist program and generated the NSManagedObjects. When I compiled the project I got the following error:

The problem was the data model (CheckList.xcdatamodeld in my case) was in the "Compile Sources" list. The project compiled cleanly when I removed it from the list.

As @WilliamT. explains in the comments, you need the xcdatamodeld in the compile list. Instead, go to your entities within the xcdatamodeld file. Select the models that are erroring, expand the left panel, and change the field of "Codegen" to "Manual/None".

If you are getting this from the Ditto command creating multiple instances of the same name (NOT the 'copy files' build phase), you may have to change the Product Module Name.

We have a watch target and a few notification targets in our app, so I just put things like Extension on the end of the module name.

If you use CocoaPods you may want to try deintegrate the pods and install again. It works for me.

While checking the build log, I noticed a warning:

So, if that's your case then just go to your target:

This answer applies if the first line of the error refers to a Foo+CoreDataProperties.o or Foo+CoreDataClass.o file. Example:

The root cause can be seen by expanding the Compile Swift Source Files section of the Build Transcript. For example:

The first file mentioned there is a source file in your project directory, which someone generated by selecting your data model in the Project Navigator and clicking in the menu Editor > Create Managed Object Subclass. This feature was added in Xcode 7 or so.

The second file is a file of the same name but which is buried in Xcode's DerivedData. This file is generated automatically by Xcode during every build if the data model (.xcdatamodeld) file is included in the target's Compile Sources build phase. This feature was added in Xcode 9 or so. Zero, one or two files are generated for each entity/class, depending on the setting of the Codegen popup. That popup is in the Data Model Inspector when you select an entity while editing your data model… 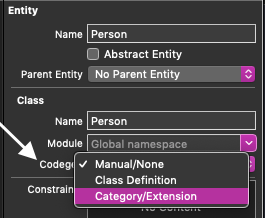 So you see the problem occurs when a developer (like me) who is accustomed to the older Xcode begins a project in a newer Xcode. We think that we need to use the Create Managed Object Subclass menu item, which we do, to create the files we can see in the Project Navigator while not realizing that our settings in the Codegen popup are causing Xcode to create duplicate files, which Apple "cleverly" does not show in the Project Navigator, because they don't trust developers to read and heed the comment in the header // This file was automatically generated and should not be edited.

Solution 1 - Use the Older Way

You can disable all automatic Codegen for a data model with just one setting:

Here, you go all in on the newer way.

With this solution, your class definitions are generated automatically from the data model on each build. You can't even see them. It is Core Data Magic, nice and simple for beginners.

Solution 3 - For Most Real-World Apps

(Acknowledgments to the answer by Positron. My answer here explains why Positron's answer (my Solution 1) works, and adds Solution 2 and Solution 3.)

Try this Its Working :

In Xcode, go to File->Project/Workspace settings.

I had the same problem, I had a one more helper app in main App and copy this in resource. In my case solved as :- 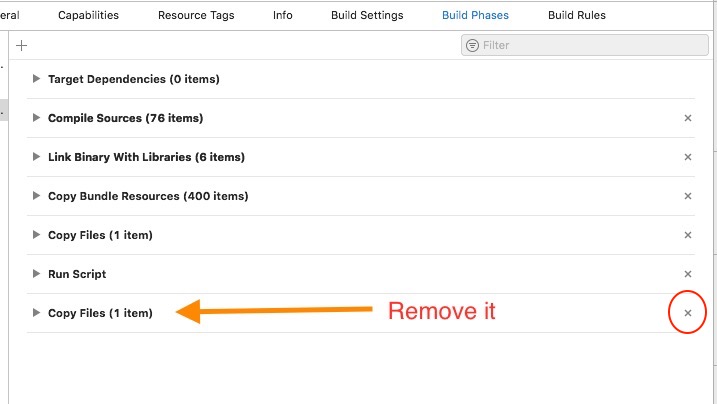 One option which solved my issue is to changing build system to legacy build system. Please follow the following steps in Xcode 10+.

Here I have written a detailed article on the problem & its solution. Xcode Error: Multiple commands produce 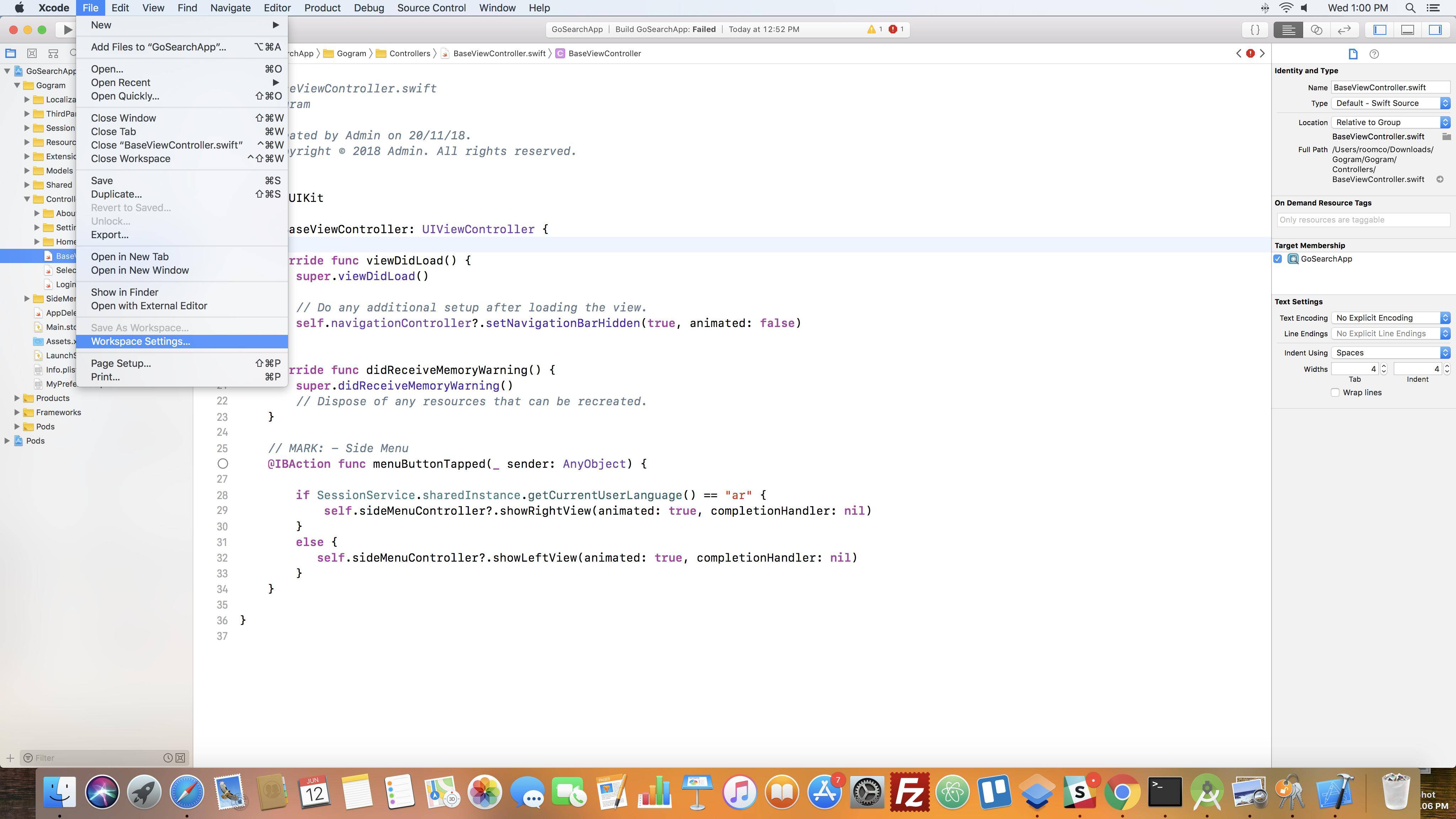 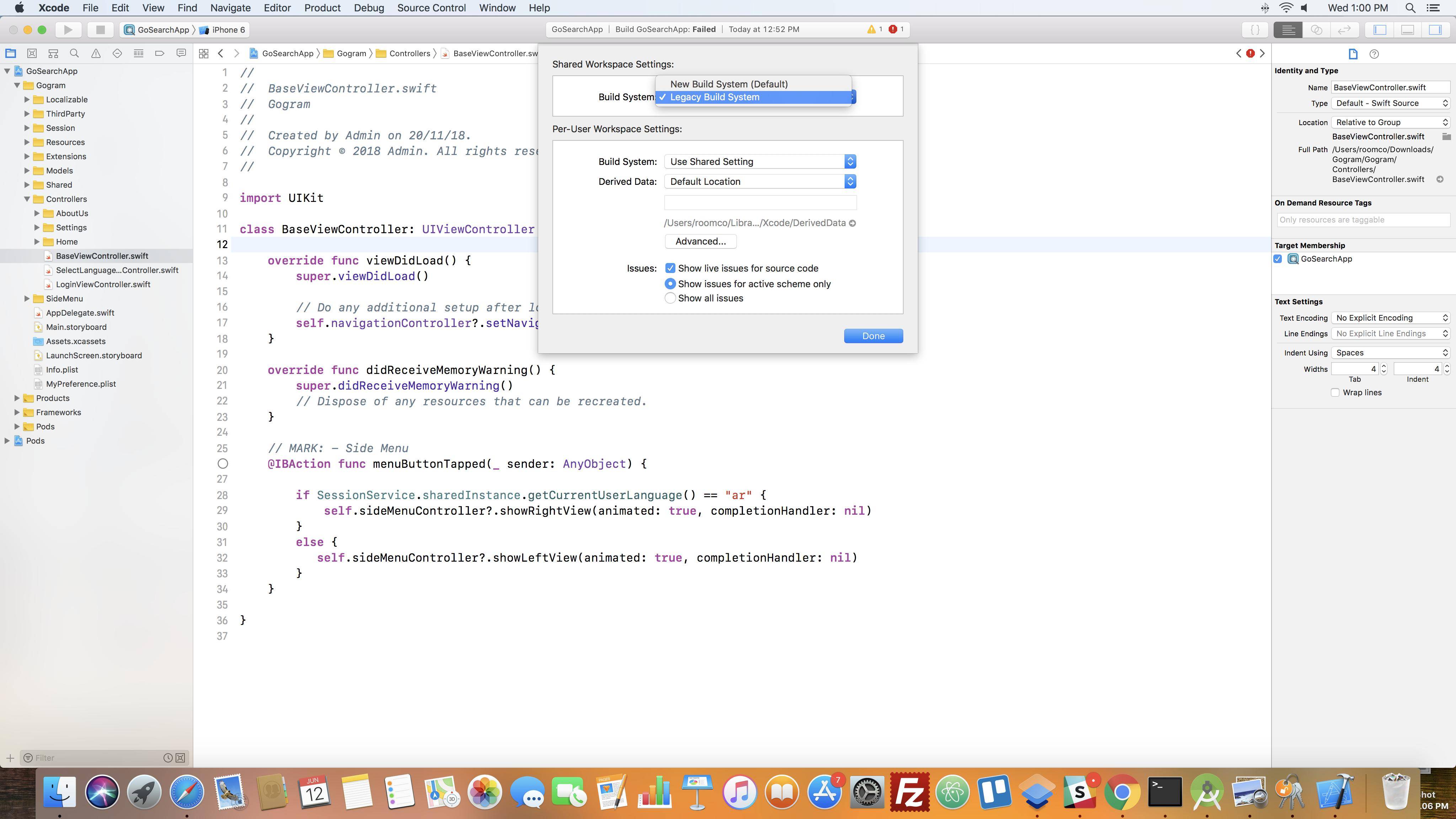 In my case PDFGenerator was producing an info.plist file, I just deleted it.

None of the solutions proposed here worked for me. This was particularly due to CocoaPods. I was previously using Cocoapods 1.3.1. Simply upgrading to 1.5.3 didn't resolve the issue right away.

The steps I followed were:

This answer is deprecated - XCode 12 has deprecated the Legacy Build System, it will be removed in a further release 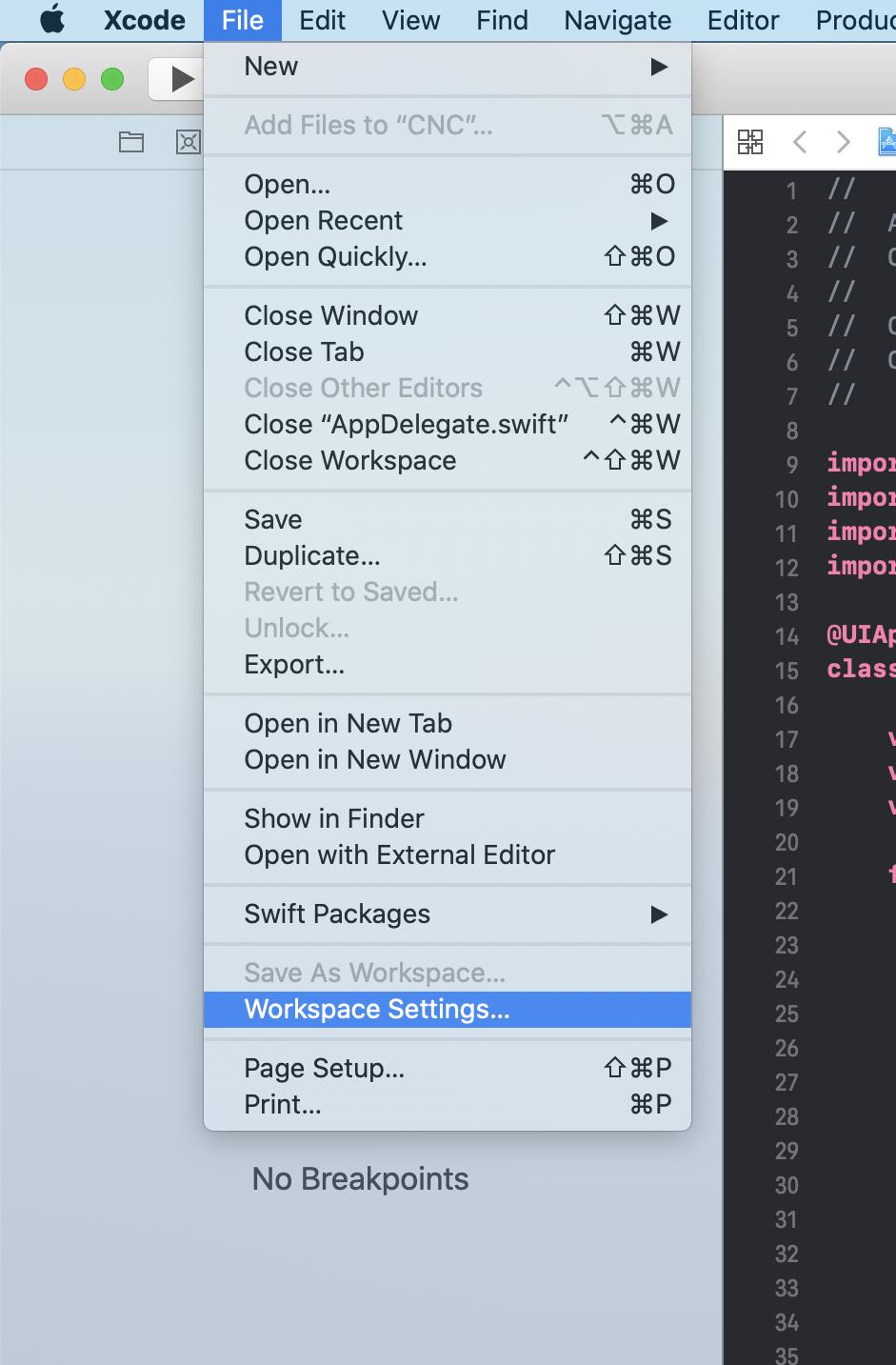 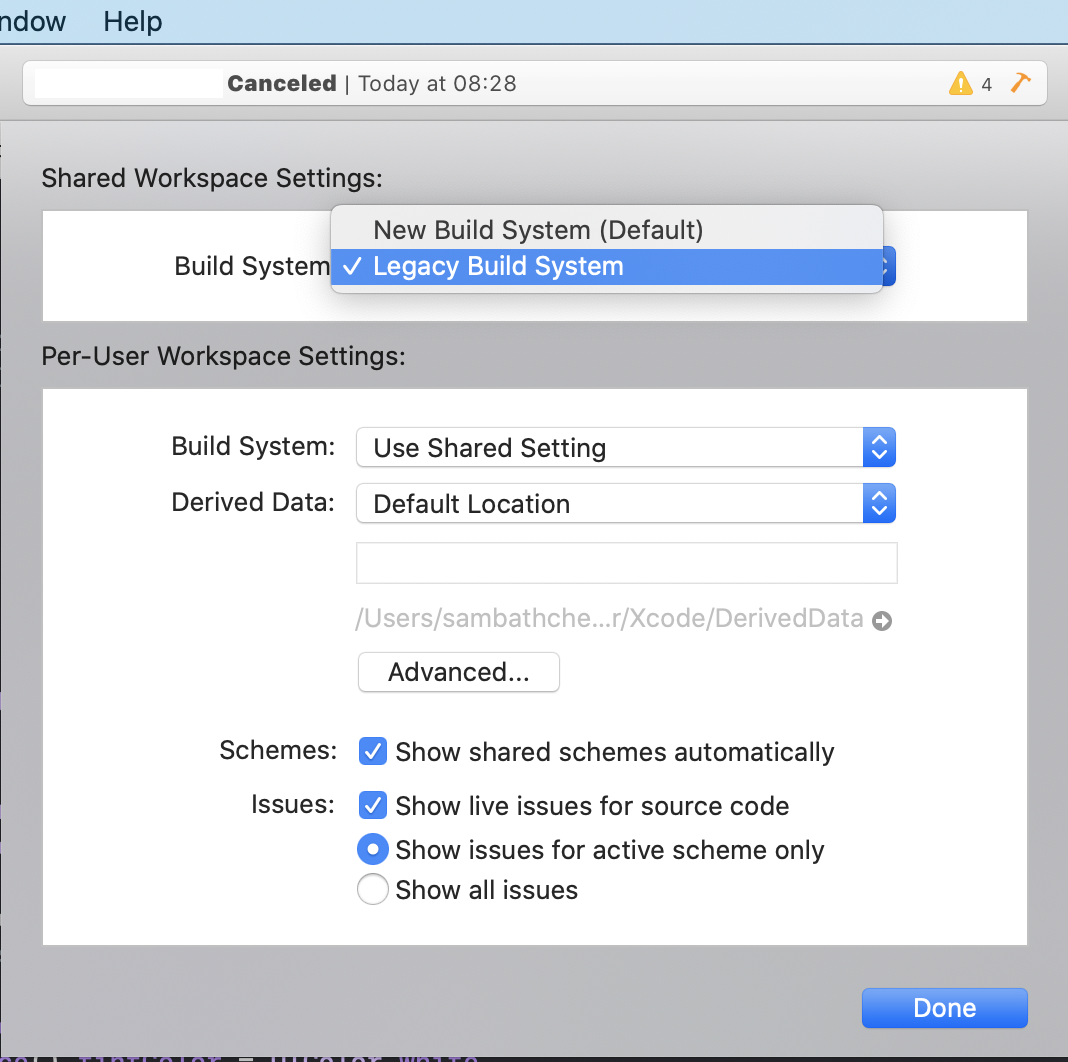 This issue arose for me after adding a second part of the Fabric suite of SDKs to the app. 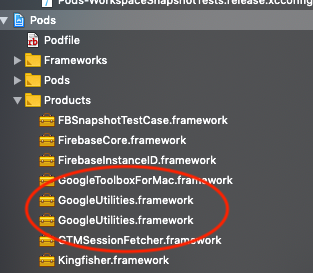 This would have been fine prior to Xcode 10 but Xcode 10 will complain if a file has two actions against it (in this case a copy action).

It's safe to remove the second framework.

Solution 2 :
Open target ➼ Build phases ➼ Copy Bundle Resources ➼ remove info.plist from there. ➼ you will have to remove the plist from the Extensions too (if any).

Solution 3:
If you use CocoaPods you may want to try deintegrate the pods and install again. Commands:

Before I begin note that my project utilizes Carthage as a dependency manager.

None of the existing answers here resolved my issue. What did resolve the issue for me was the following.

Try all this option anyone of this 3 option will work for you, for sure

So the problem I was having is that I had accidentally included the Info.plist in the project settings -> Build Phases -> Copy Bundle Resources for my target.

Here is another working solution : (If you are using custom Pods)

I had bunch of Multiple commands produce warnings - not limited to info.plist duplication in one target. Including localized resources and string files, headers etc.

It's worth noting that this error can be produced after auto generation of CoreData models where the Codegen is not set to Manual/None.

To correct this in Xcode 10 double click on your xcdatamodeId file and select each of your entities and set Codegen to Manual/None under Class in your Data Model Inspector.

I had this problem when I had a file with the same name in two different targets. For some reason one of those files I had part of both targets. So basically I had two files. And both of those files belonged to one target.

It makes sense that a target can only have one file name per target, so just unchecking the target member box for the file that wasn't related to the main target fixed the issue.

I using Carthage and Xcode 10.

Remove the Frameworks added with Carthage from "Embedded Binaries"

usualy u have to add a script in Build Phases to strip the architecture for app store.

In Xcode 10 the script seems called always. So it copies the frameworks to the right place and you don't have to add them to the General Tab.

One of my CocoaPods was oudated and caused the issue. Did an pods update and it worked fine.

I believe it may have been the LivePerson SDK

There can be 2 different solutions to get rid of this problem:

As We can see I was getting the same error.. in my case there was an extra copy of the folder Chat21Core in TildeskWidget folder ..This was creating issue.. So one of the possible solutions can also be just read the error entirely and try to find if there is any extra copy referenced from project or not.

Another simple solution I found when I face same type of issue for different project. This time I had to apply different solution.

If you are manually making your entity's CoreDataClass and CoreDataProperties, make sure you go to your xcdatamodel and set the Codegen in the inspector tab to "Manual/None". Xcode will automatically create a duplicate class for you if this is set as "Class Definition".

I focused on the problem file being GoogleMaps.bundle and the location of that file being in [CP] Copy Pods Resources, and the fact that it specified it’s a duplicate output file (I highlighted them in black above), it's the 4th step below

The odd thing was even though the red error went away the yellow warning was still there but it worked :)

Not the answer you're looking for? Browse other questions tagged info.plist xcode10 or ask your own question.