VSTS - Where has 'Allow Scripts to Access OAuth Token' gone?

I have VSTS builds that use the Powershell script to access the VSTS API, similar to that detailed in Microsoft's Documentation.

To enable your script to use the build process OAuth token, go to the Options tab of the build definition and select Allow Scripts to Access OAuth Token.

After you've done that, your script can use to SYSTEM_ACCESSTOKEN environment variable to access the VSTS REST API. For example:

As detailed in Microsofts Documentation, I'm sure you used to go to Build > Options and click 'Allow Scripts to Access OAuth Token', but it is no longer there (see pic below). 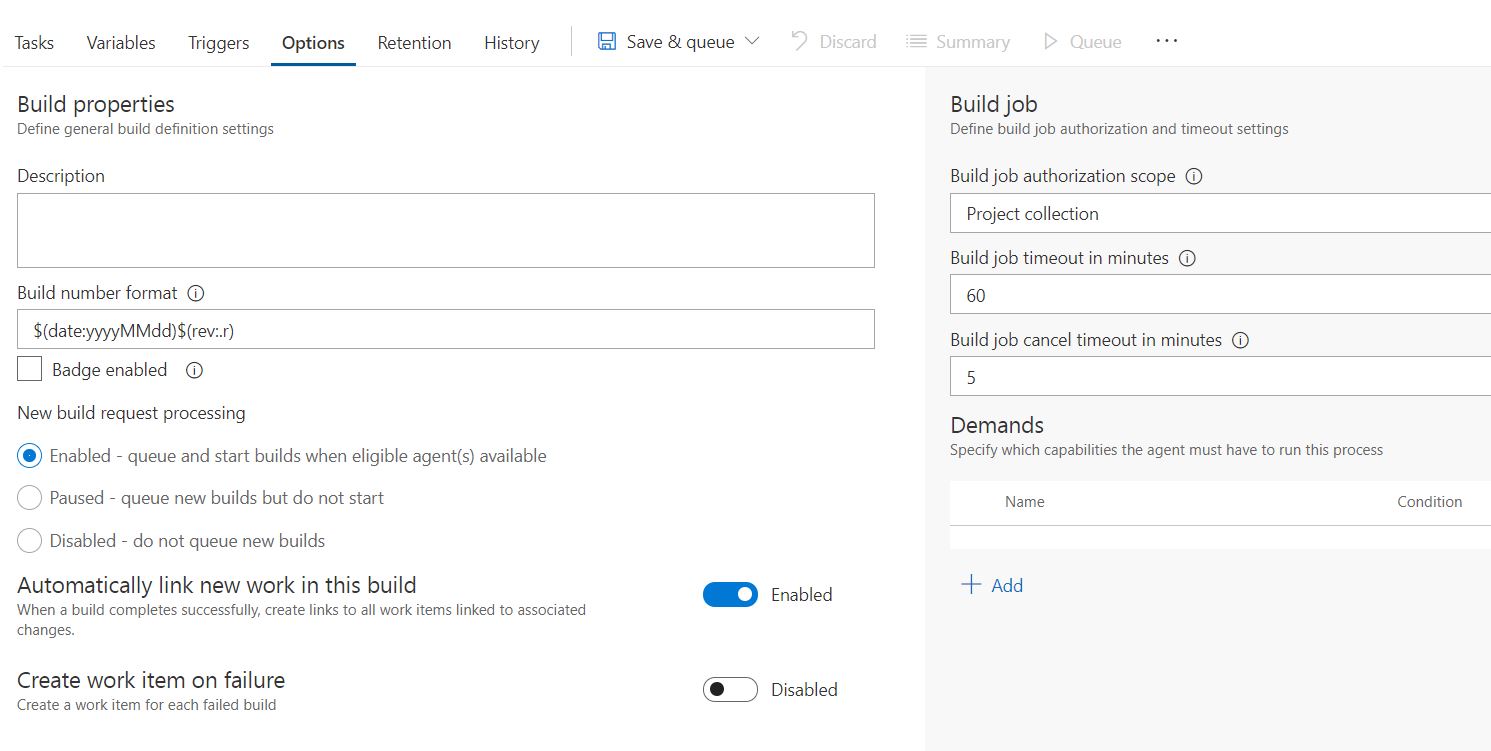 When I try a build I get the following (which doesn't happen for my old builds):

In addition, when I clone a build (which worked nicely when I did it 3 months ago), the property is set to false (it's set to true on the original).

UPDATE: If I export from VSTS, change that property and import again, it works, but I really need a solution without this sort of manual intervention.

How should this be done now please?

It is available in the agent phase now 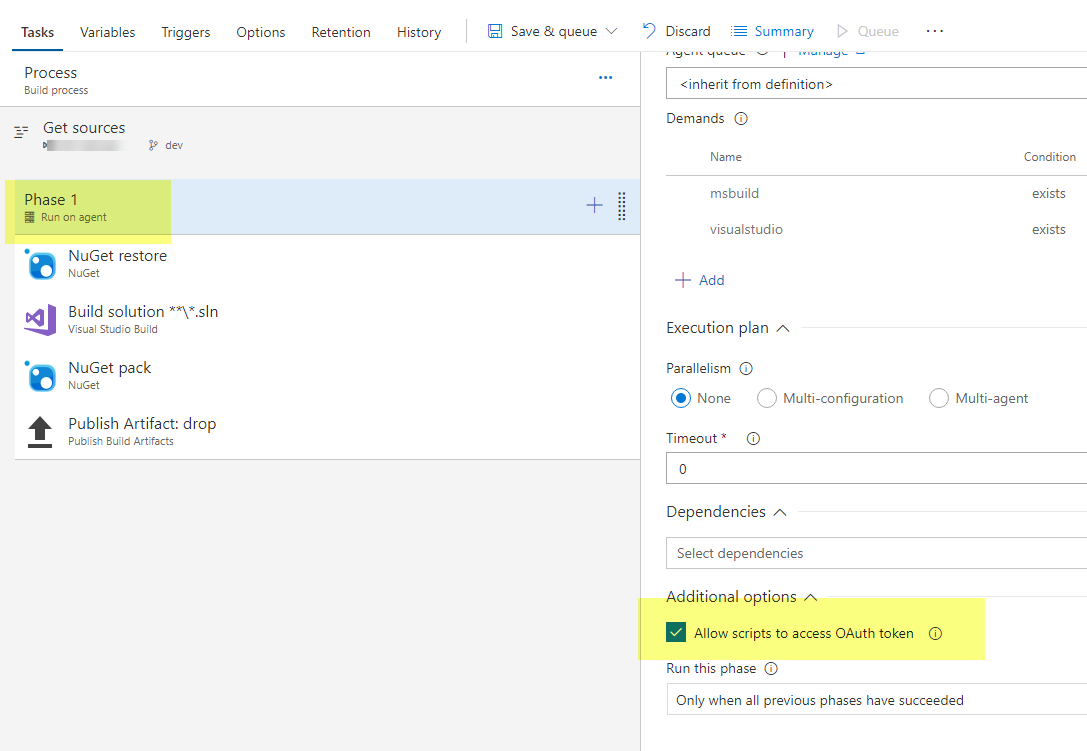 Not the answer you're looking for? Browse other questions tagged powershell azure-devops azure-pipelines or ask your own question.