I have an issue with a website I built from angular. In index.html, there are references to javascript files, but my problem is this: in the HTML, the paths are relative to the file but the browser looks for the files in the root dir:

A screenshot to show what's wrong: 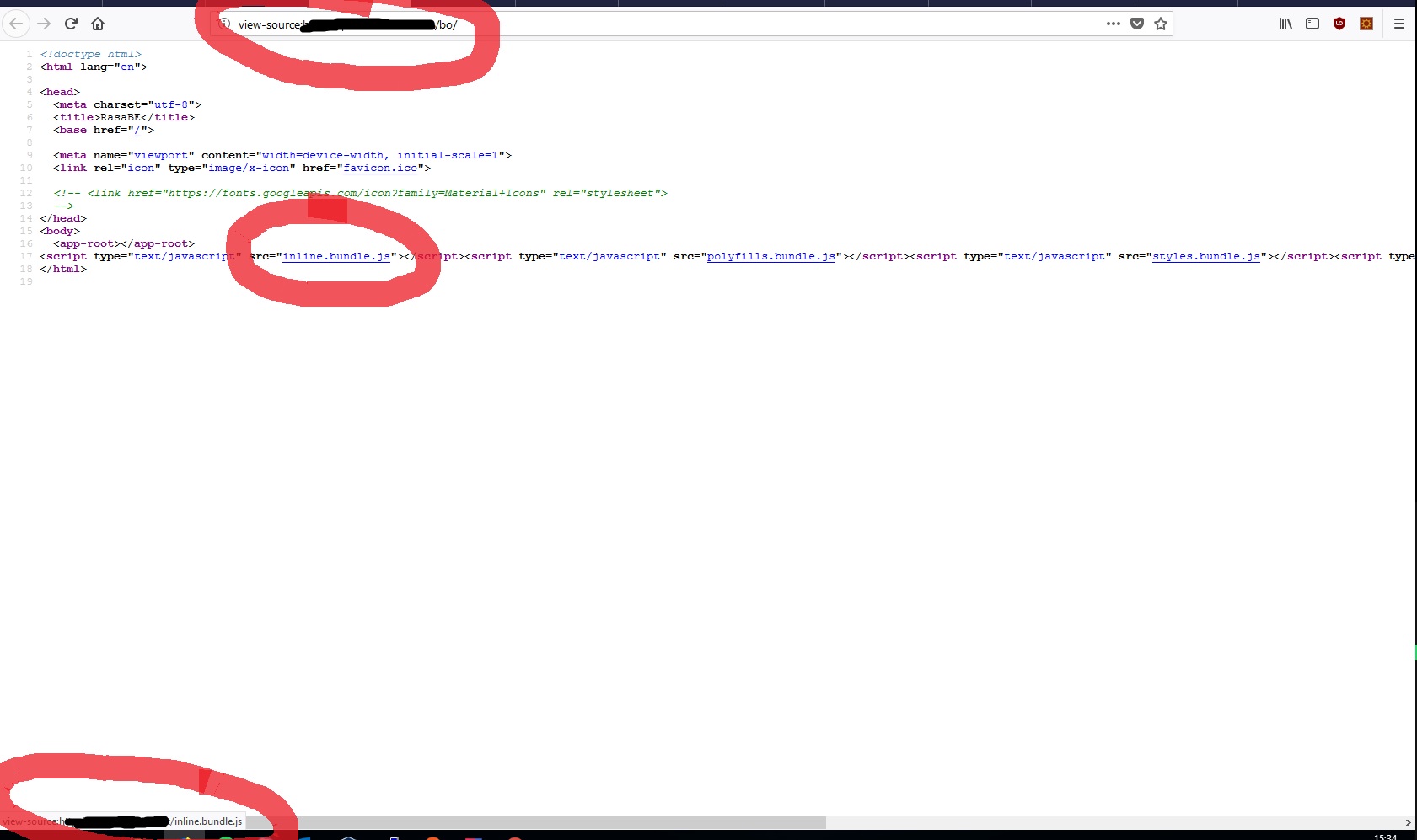 I tested this in Chrome and I have the same issue. It's a bit complicated to change the paths directly since it's compiled from angular, and I'd probably have to change it every time it compiles. Is this an issue with Firefox and the way it deals with relative paths?

I should also add that host/bo/inline.bundle.js exists and can be found by the browser but the it looks for it in the root folder instead of the same folder as index.html.

This "base" element sets the default location for the page.

Removing the "base" element won't work since Angular throws then an error complaining about the missing element.

It turns out it was all because of the tag that is added by angular, editing it to <base href="/bo/"> makes it work. since it's just one line to change I consider it fixed.

2132
What are valid values for the id attribute in HTML?
1660
Where should I put <script> tags in HTML markup?
1850
Retrieve the position (X,Y) of an HTML element relative to the browser window
1306
What characters can be used for up/down triangle (arrow without stem) for display in HTML?
1675
How can I set the default value for an HTML <select> element?
118
Cannot display HTML string
2
angular: Calling el.setAttribute results in an error
3
Angular TS Error TS1109
576
Stylesheet not loaded because of MIME-type