I generated a new blogdown site using the command:

to one of the sample blog posts and ran: 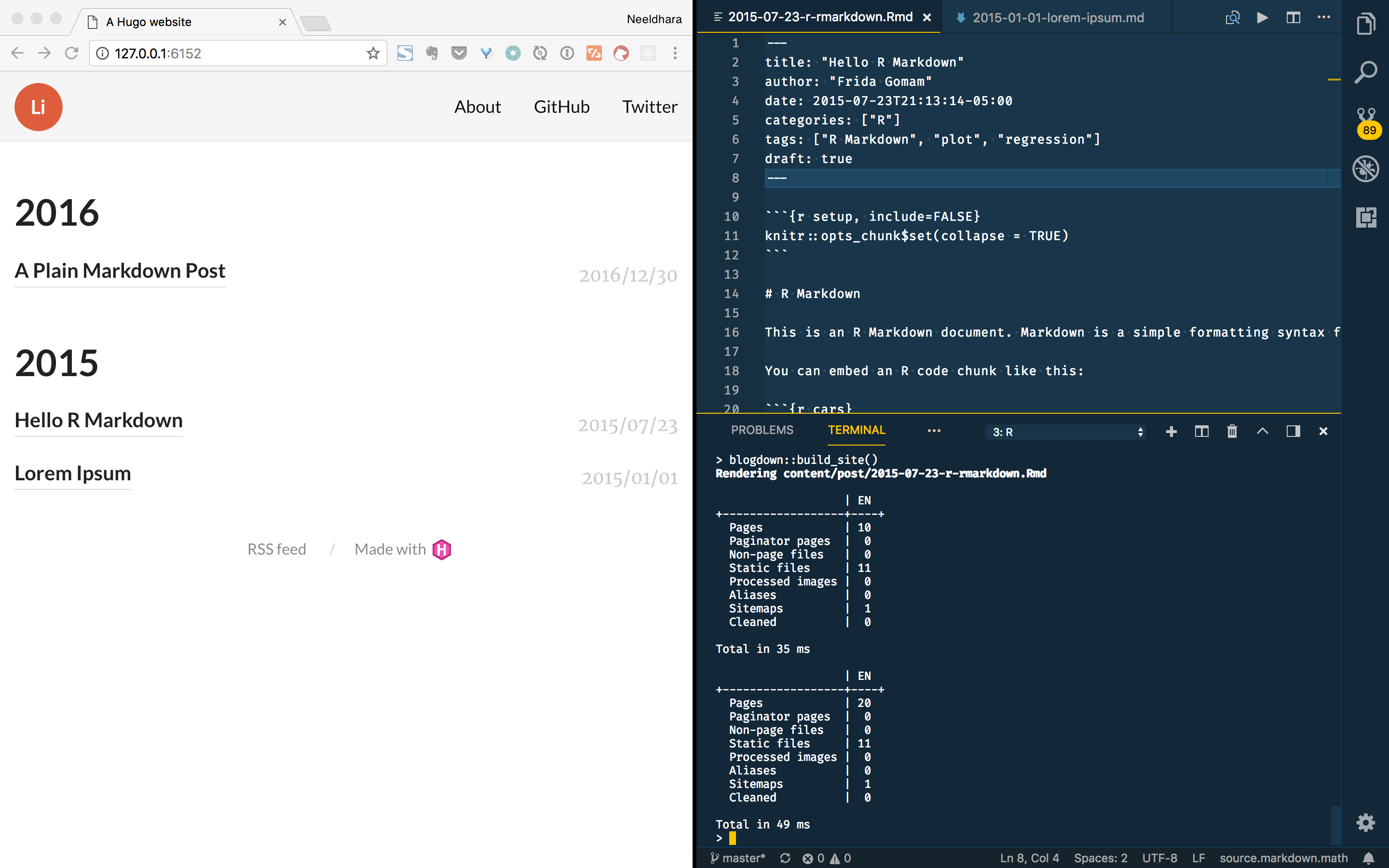 I've tried a few different combinations (e.g, using draft: yes; or building directly via hugo), and no matter what I do, the draft posts still get built and rendered - and this happens with files that have either the .md or the .Rmd extension.

Any pointers on what I'm doing wrong would be greatly appreciated - thanks!

I should note that I did not use RStudio but just ran this in the R console on my terminal.

Presumably you were previewing your site locally with blogdown::serve_ste(), which always shows drafts, as documented in the blogdown book: https://bookdown.org/yihui/blogdown/local-preview.html. On the same page, I said that you don't need to worry about it if your website is deployed on a server where you run the hugo command, such as Netlify (i.e., drafts will not be built).

Not the answer you're looking for? Browse other questions tagged hugo blogdown or ask your own question.