Why this error happened? What's the solution? 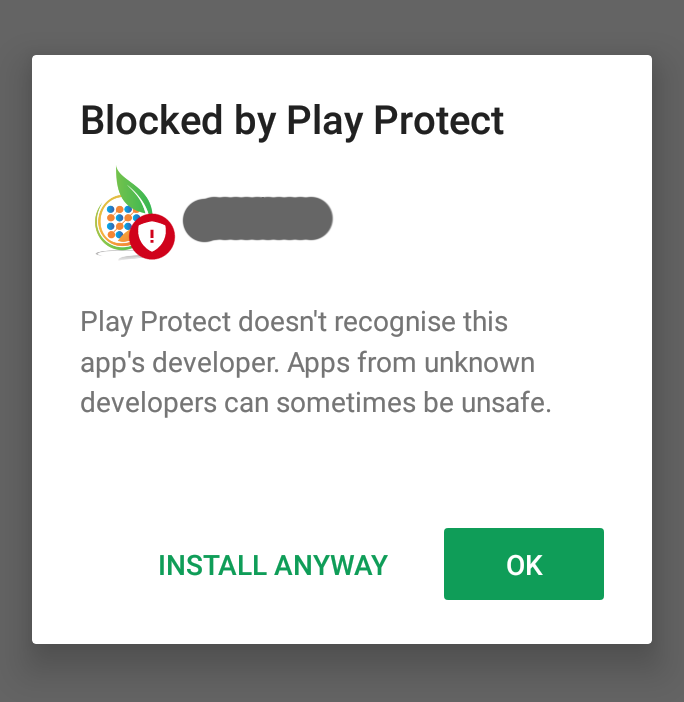 I found the solution: Go to the link below and submit your application.

After a few days, the problem will be fixed

Try to create a new key store and replace with old one, then rebuild a new signed APK.

Update: Note that if you're using a http connection with server ,you should use SSL.

Take a look at: https://developer.android.com/distribute/best-practices/develop/understand-play-policies

There are three options to get rid of this warning:

Google play finds you as developer via your keystore.

and maybe your country IP is banned on Google when you generate your new keystore.

change your IP Address and generate new keystore, the problem will be fixed.

if you didn't succeed, use another Gmail in Android Studio and generate new keystore.

I am adding this answer for others who are still seeking a solution to this problem if you don't want to upload your app on playstore then temporarily there is a workaround for this problem.

Here are there the links:

you can find the java keytool at this directory C:\Program Files\Java\jre7\bin

Keytool prompts you to provide passwords for the keystore, your name , company etc . note that at the last prompt you need to enter yes.

It then generates the keystore as a file called my-release-key.keystore in the directory you're in. The keystore and key are protected by the passwords you entered. The keystore contains a single key, valid for 10000 days. The alias is a name that you — will use later, to refer to this keystore when signing your application.

For more information about Keytool, see the documentation at: http://docs.oracle.com/javase/6/docs/technotes/tools/windows/keytool.html

If you are using some trackers like google analytics or amplitude and you are trying to release your app in another platforms other than Google Play, this errors appears for users. So there are two possible solutions:

it is due to expired of debug certificate simply delete the debug.keystore located at

after that build your project the build tools will regenerate a new key and it will work fine. here is a reference:

the solution lies in creating a new key when generating the signed apk. this worked for me without a fuss.

when you install, the warning will not come.

Not the solution, but you can use debug key for signing release builds to avoid blocking the installation from Google Play Protect. It looks like Play Protect doesn't warn for builds signed with automatically generated debug.keystore.

Note that your debug builds are not unsigned, they are just signed with a debug key.

Of course, you cannot use the build for production distribution (Google Play, Amazon, etc.), but it's still worth for pre-production internal testing which requires a high-frequency feedback loop.

You can add a task to build release with debug.keystore by adding the configuration in build.gradle, something like:

then execute ./gradlew assembleReleaseDebugKey to build a release build with debug key.

Not the answer you're looking for? Browse other questions tagged android signature

google-play-protect or ask your own question.

2
Debug APK installation blocked by play protect
0
How to have Play Protect verified apps that are sideloaded in an app?
1
Android Studio signed apk not install and not display Admob ads
62
APK installation failed: [INSTALL_FAILED_VERIFICATION_FAILURE]
7
Debug app blocked by play protect
4
play protect does not recognize this app's developer
2
How to get the URL for my App's APK? (Google Play Protect appeal)
2
“App not installed” trying to install signed-apk
2
Released APK installed in Android Device is Error Blocked by Play Protect
2
The application could not be installed: SHELL_UNRESPONSIVE -android studio 3.5
See more linked questions