When I first started playing with Docker on Windows 10 it all worked great. I could bind mount a local directory and mess around interactively with things like this:

Which should copy the contents from the current directory on my local machine into the container then start me into an interactive Bash shell where I can see them with ls, execute them, etc.

But now that I'm coming back to it after a month or so when I have a real project I want to solve with Docker, I can't repeat my earlier success.

Now when I run the above interactive command, the /app directory is created in the container, but doesn't have the files from my local disk in there. I tried some other non-interactive Docker commands that I'd been using, and they fail too, because they can't seem to see the files either.

After several unsuccessful days of googling, I started digging through my notes and went through the same Docker tutorials I had used to get started.

It turns out the problem was that a few weeks ago I had changed my Windows password. The fix was to reset my credentials in the shared-drives tab of the Docker setting 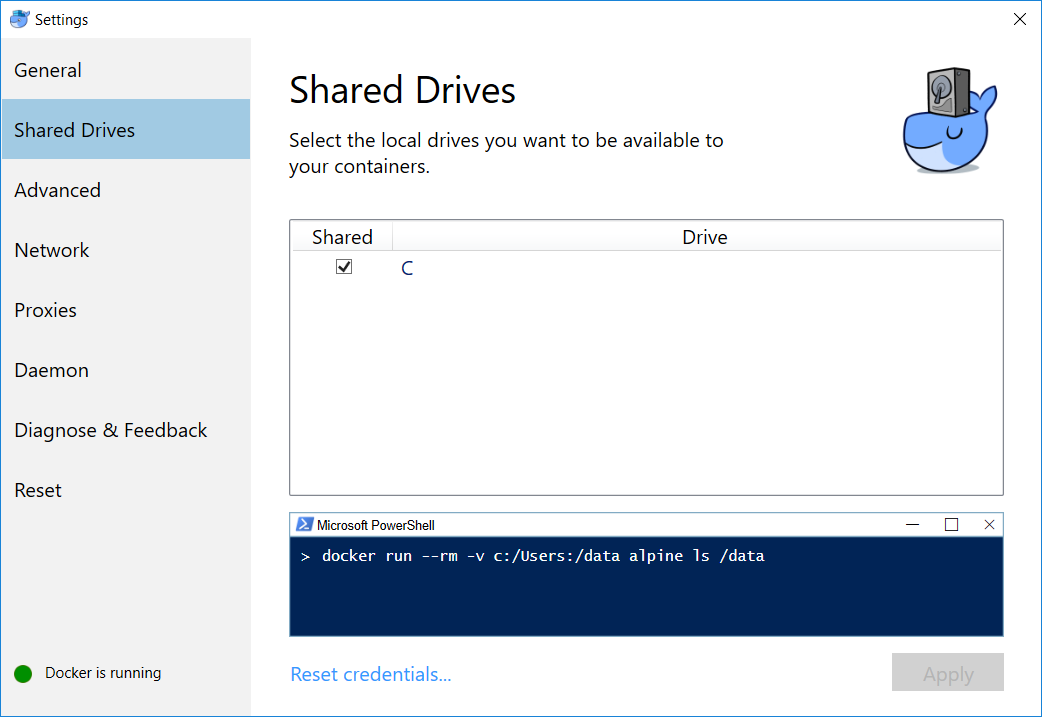 They also had an example for a more concise test for if the -v command was working:

Not the answer you're looking for? Browse other questions tagged docker docker-for-windows or ask your own question.