Is there an efficient way to draw lines between different elements in a stacked bar plot using ggplot2? 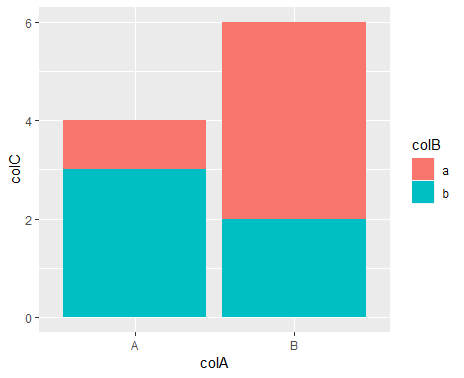 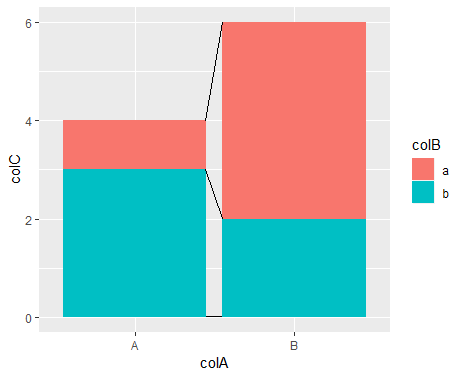 The fastes way would probably to the add the lines by manually drawing them into the exported image. However, I prefere avoiding this.

This Stackoverflow entry (esp. the answere of Henrik) gives a potential solution. However, I was wondering whether there is another solution that is more generic (i.e. that does not require to manually define all the start and end points of the segments/lines)

You could use the "factor as numbers" trick to draw lines between the bar centers (shown, e.g., here).

In your case this needs to be combined with stacking in geom_line(). 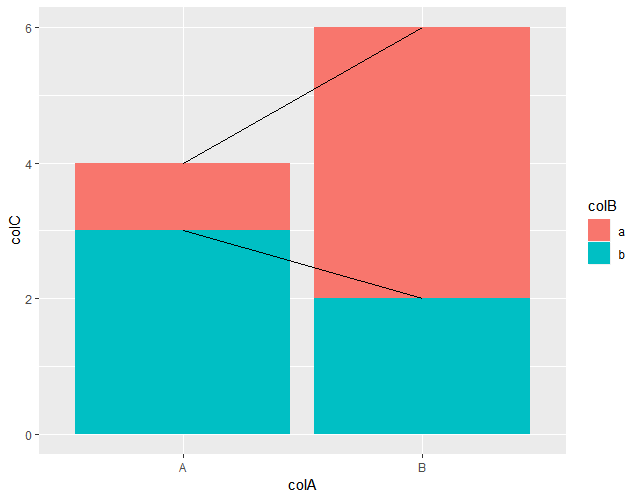 Getting the lines to the edges instead of the center would take some manual work. It's OK if you really only have two stacks like this, but would be difficult to easily scale.

In this case you'd want to add .45 to the group that comes first on the x axis and subtract .45 from the second. This might seem magical, but the default width is 90% of the resolution of the data so I used half of 0.9. 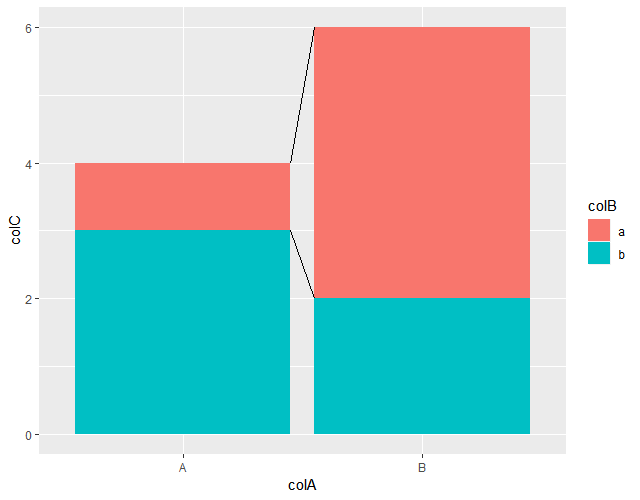 This doesn't add a line at 0 because those values aren't in the dataset. This could be added as a segment along the lines of

360
Plotting two variables as lines using ggplot2 on the same graph
27
How to draw lines outside of plot area in ggplot2?
4
Plot vector as barplot
1
ggplot2: Grouping bars of 3 way interaction stacked bar plot
1
How can I plot several series as lines and one of them as area using ggplot2?
10
Draw lines between different elements in a stacked bar plot
2
Stacked bar plot ggplot2- ordering samples by specific variables, highest to lowest values
1
Ordering Data with Stacked Bar Charts in ggplot2