Is Laplacian of Gaussian for blob detection or for edge detection?

The following code is provided from (was asked to remove the link). But I was wondering how it exactly works. I was confused if this was considered edge detection or blob detection, as Wikipedia list the Laplacian of Gaussian (LoG) as blob detection.

Also, could somebody explain and provide a deeper explanation for why the absolute value is calculated and what is going on in the focus_stack() function?

Laplacian of Gaussian(LoG) can be used as blob detector. I will skip the detailed mathematics and rationale, I think you can read them on a book or some websites here, here and here.

To see why it can be used as both, let's look at its plot and kernel.

If you have a blob with radius of 3 and value 1 centered at the kernel, and the background has value 0, you will have a very strong (negative) response. It is clear why it can do blob detection if the radius is set properly.

You can see the processed image has both a light and dark band. The zero-crossing is the edge. To see this with a kernel, try sliding a perfect step edge across the kernel manually to see how the respond changes.

For you second question, I guess the absolute is trying to find both light and dark blob (light blob, dark background; dark blob, light background) as they gives strong negative and strong positive response respectively. It then find the max across all images at each pixel location. For each output pixel, it uses the pixel at the image with the maximum response as output. I think his rationale is that pixels with strong impulse (small blob) are in-focus.

He is using bitwise_not as a copy mechanism. It sets some pixels, specified by the mask, to the bitwise not of the source image. At the end, you would have output consisting of pixels from different sources, except that all of them have undergone bitwise not. To recover the true image, simply 'NOT' them again, as NOT(NOT(x)) = x. 255-x does exactly that. I think a copyTo would work too, not sure why he chose otherwise.

hkchengrex's answer is fairly complete, but I don't completely agree. Maybe I'm a bit of a stickler for correct nomenclature. A detector is something that yields a strong response at the location of the thing to be detected.

Thus, the LoG yields a strong response at extrema in the image (where the second derivative is maximal). This happens at the peaks of "blobs", and along the ridges of lines. 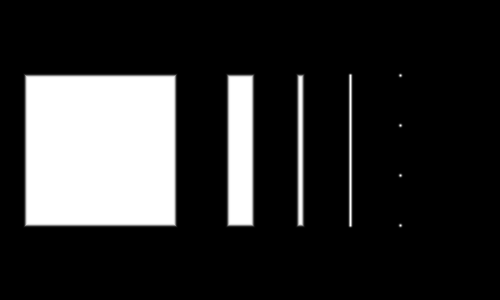 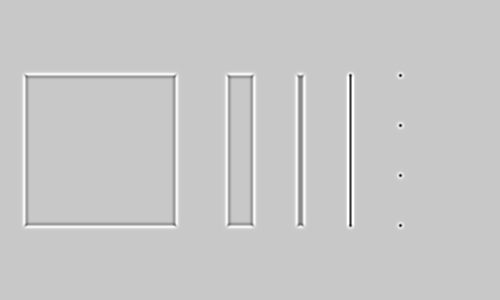 Here, mid-gray are pixels with a value of 0. As can be seen, it has strong (negative) response along the thin line and on the small dots. It also has medium responses around the edges of the wider objects (negative inside the edge, positive outside); the zero crossings are close to where the edges are.

We can threshold this image to detect the thin line and the dots: 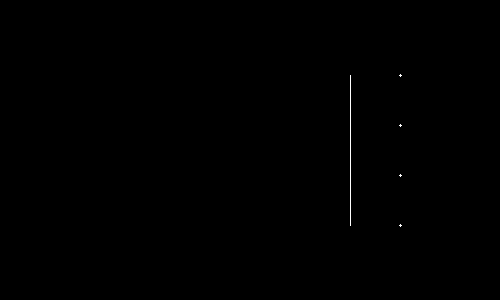 (thresholding the magnitude yields the same result). We can lower the threshold to see that medium responses happen around edges of interest: 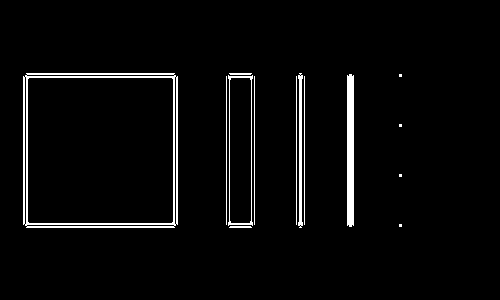 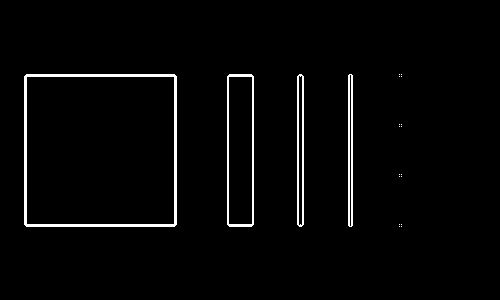 Note that the Canny edge detector is based on the gradient magnitude, it adds non-maximum suppression and hysteresis thresholding to make the detections thin and meaningful.

Not the answer you're looking for? Browse other questions tagged python opencv image-processing computer-vision laplacianofgaussian or ask your own question.

5
How do you handle negative pixel values after filtering?
4
Applying a filter on an image with Python
1
How to use opencv copyTo() function?
1
why does the laplacian operator detect the image edge?
1
edge detection on image after applying sobel and laplacian filter in opencv