Trying to upload the version 39 of the app, the error message I get is:

Version 38 of this app cannot be downloaded by any devices as they will all receive APKs with higher version codes. [403] 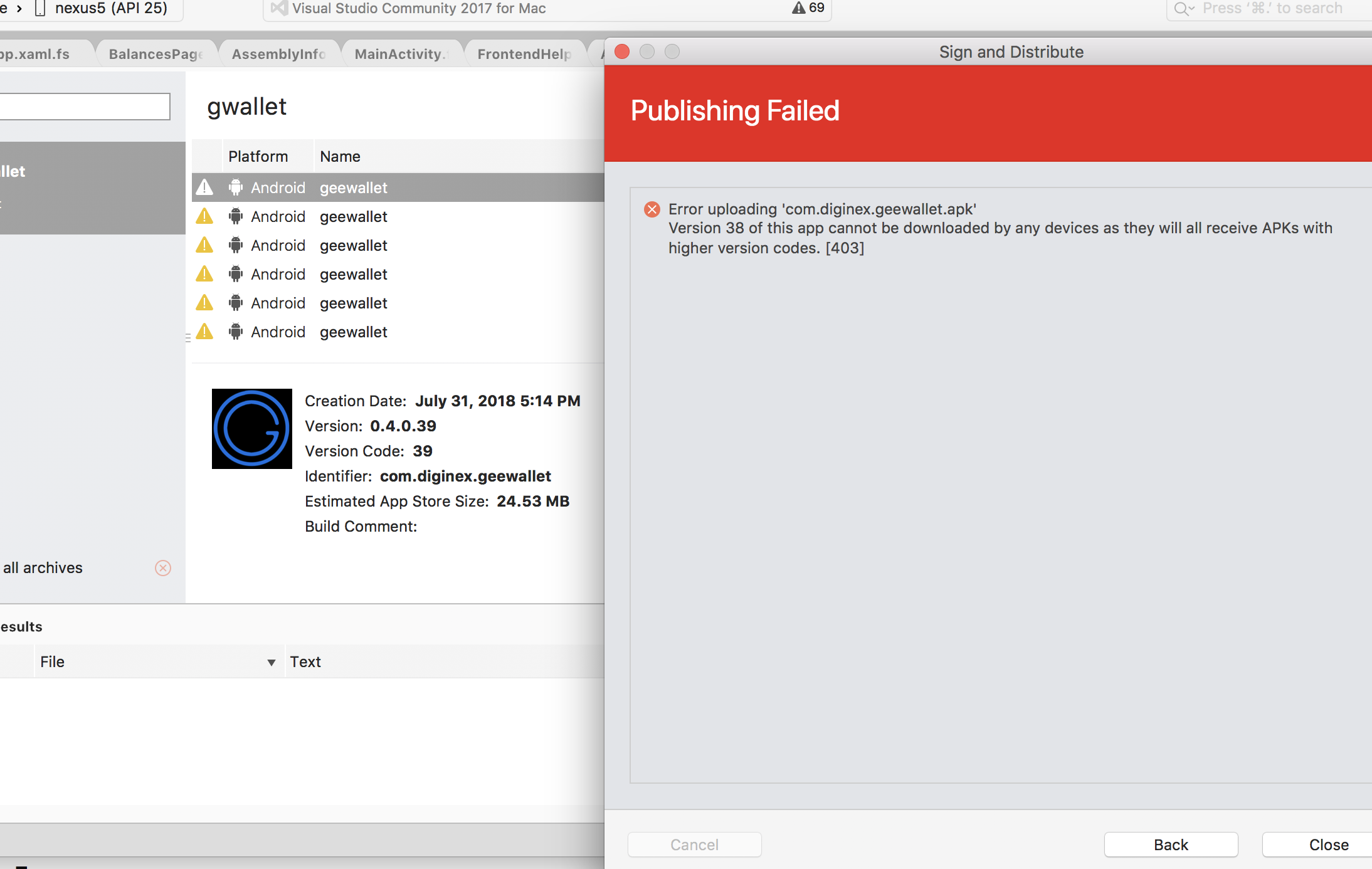 What does this exactly mean? I'm trying to publish as "Alpha" from VisualStudio for Mac (the current version 38 of the alpha channel was uploaded manually.)

The Version number (integer-based) is set via the versionCode in the manifest must be increased each time you submit to the Play Store no matter if it is submitted as an Alpha, Beta, or Release APK.

Either via the Project Options / Build / Android Application :

Or via manually editing the AndroidManifest.xml:

Seems to be a bug in Visual Studio for Mac, so I reported it here. Hopefully they fix it soon.

If I remember correctly I've had a similar issue when I was trying to update an apk with higher version code to beta, when there was still apk with lower version code in alpha.

Not the answer you're looking for? Browse other questions tagged android xamarin xamarin.android google-play visual-studio-mac or ask your own question.

238
What does this Google Play APK publish error message mean?

214
The apk must be signed with the same certificates as the previous version
22
Android upgrading the existing app
238
What does this Google Play APK publish error message mean?
9
Upload draft APK without interfering with published APK?
0
is it possible to upload new apk with different private key ? google play beta
0
Unable to resolve: Google Play: This configuration cannot be published for the following reasons"
0
Google Api Error when uploading with Supply
11
Google play error when trying to update beta
1
How to release an App in the Google Play store without the Android App Bundle feature