I want to train an SSD detector on a custom dataset of N by N images. So I dug into Tensorflow object detection API and found a pretrained model of SSD300x300 on COCO based on MobileNet v2.

When looking at the config file used for training: the field anchor_generator looks like this: (which follows the paper)

When looking at SSD anchor generator proto am I correct in assuming that therefore: base_anchor_height=base_anchor_width=1 ?

Hence if one wanted to train on NxN images by fixing the field:

I did a lot of assuming because the code is hard to grasp and there seems to be close to no doc yet. Am I correct ? Is there an easy way to visualize the anchors used without training a model ?

Here are some functions which can be used to generate and visualize the anchor box co-ordinates without training the model. All we are doing here is calling the relevant operations which are used in the graph during training/inference.

First we need to know what is the resolution (shape) of the feature maps which make up our object detection layers for an input image of a given size.

In your example you can call it like this:

You do not need to specify the aspect ratios as the ones in your config are identical to the defaults of create_ssd_anchors.

Lastly we plot the anchor boxes on a grid that reflects the resolution of a given layer. Note that the co-ordinates of the anchor boxes and prediction boxed from the model are normalized between 0 and 1. 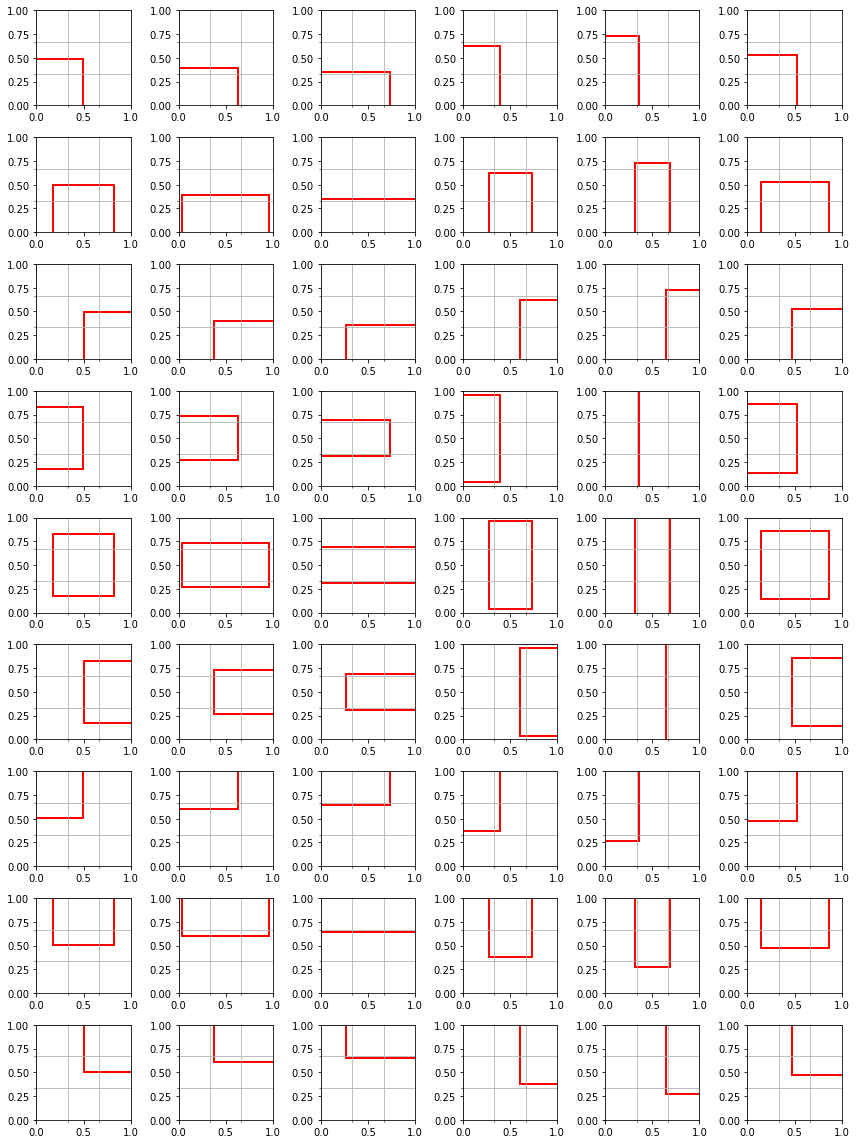 In the image above each row represents a different cell in the 3x3 feature map, whilst each column represents a specific aspect ratio.

However there are few subtleties regarding the TensorFlow anchor generation that are worth being aware of:

The full gist can be found here.

Not the answer you're looking for? Browse other questions tagged python tensorflow object-detection or ask your own question.

0
What is Anchor Box in Object Detection?