So I'm designing a few programs for editing photos in python using PIL and one of them was converting an image to greyscale (I'm avoiding the use of any functions from PIL).

The algorithm I've employed is simple: for each pixel (colour-depth is 24), I've calculated the average of the R, G and B values and set the RGB values to this average.

My program was producing greyscale images which seemed accurate, but I was wondering if I'd employed the correct algorithm, and I came across this answer to a question, where it seems that the 'correct' algorithm is to calculate 0.299 R + 0.587 G + 0.114 B.

I decided to compare my program to this algorithm. I generated a greyscale image using my program and another one (using the same input) from a website online (the top Google result for 'image to grayscale'.

To my naked eye, it seemed that they were exactly the same, and if there was any variation, I couldn't see it. However, I decided to use this website (top Google result for 'compare two images online') to compare my greyscale images. It turned out that deep in the pixels, they had slight variations, but none which were perceivable to the human eye at a first glance (differences can be spotted, but usually only when the images are laid upon each other or switched between within milliseconds).

My Questions (the first is the main question):

My key piece of code (if needed):

The 'correct' algorithm (which seems to heavily weight green): 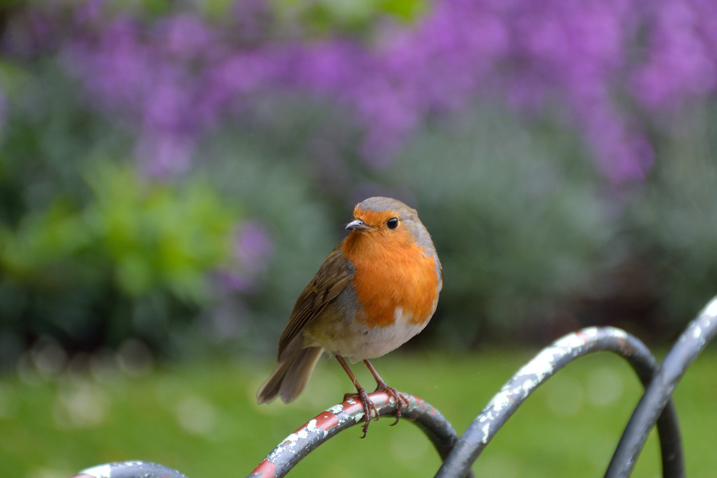 The greyscale image my algorithm produces: 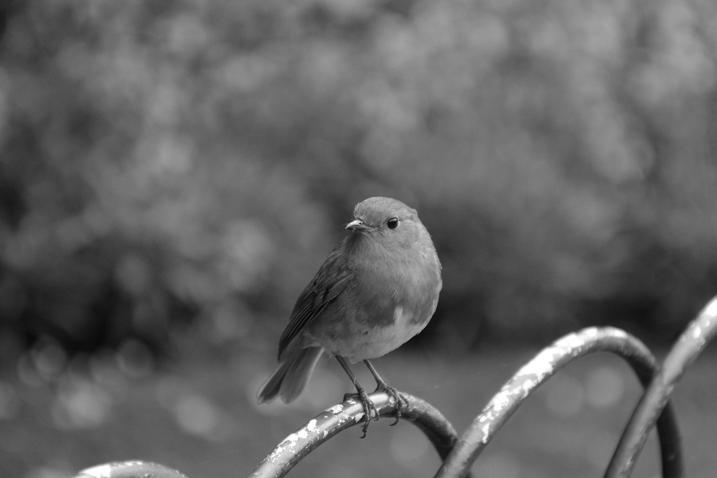 The greyscale image which is 'correct': 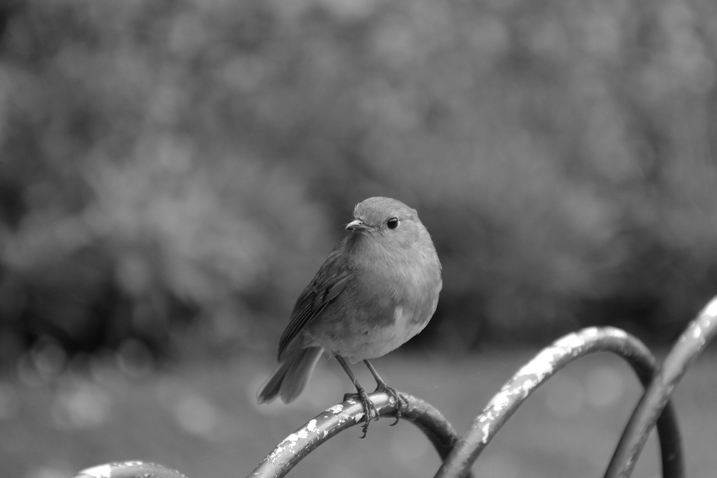 When the greyscale images are compared online (highlighted red are the differences, using a fuzz of 10%): 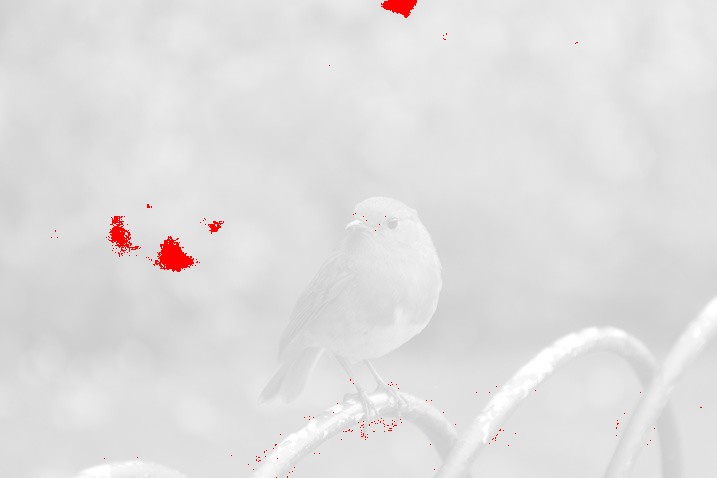 Despite the variations in pixels highlighted above, the greyscale images above appear as nearly the exact same (at least, to me).

Also, regarding my first question, if anyone's interested, this site has done some analysis on different algorithms for conversions to greyscale and also has some custom algorithms.

In response to @Szulat's answer, my algorithm actually produces this image instead (ignore the bad cropping, the original image had three circles but I only needed the first one): 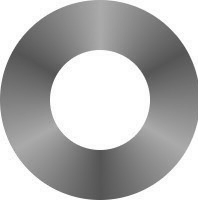 In case people are wondering what the reason for converting to greyscale is (as it seems that the algorithm depends on the purpose), I'm just making some simple photo editing tools in python so that I can have a mini-Photoshop and don't need to rely on the Internet to apply filters and effects.

Reason for Bounty: Different answers here are covering different things, which are all relevant and helpful. This makes it quite difficult to choose which answer to accept. I've started a bounty because I like a few answers listed here, but also because it'd be nice to have a single answer which covers everything I need for this question.

The images look pretty similar, but your eye can tell the difference, specially if you put one in place of the other:

For example, you can note that the flowers in the background look brighter in the averaging conversion.

It is not that there is anything intrinsically "bad" about averaging the three channels. The reason for that formula is that we do not perceive red, green and blue equally, so their contributions to the intensities in a grayscale image shouldn't be the same; since we perceive green more intensely, green pixels should look brighter on grayscale. However, as commented by Mark there is no unique perfect conversion to grayscale, since we see in color, and in any case everyone's vision is slightly different, so any formula will just try to make an approximation so pixel intensities feel "right" for most people.

The most obvious example:

(Okay, you're right, averaging might be valid in some obscure applications, even though it has no physical or physiological meaning when RGB values are treated as color. By the way, the "regular" way of doing weighted averaging is also incorrect in a more subtle way because of gamma. sRGB should be first linearized and then the final result converted back to sRGB (which would be equivalent of retrieving the L component in the Lab color space))

You can use any conversion equation, scale, linearity. The one you found:

is based on average human eye "average" primary color (R,G,B) perception sensitivity (at least for the time period and population/HW it was created on; bear in mind those standards were created before LED,TFT, etc. screens).

There are several problems you are fighting against:

If you take all this together you can either use averages ... or special (and expensive) equipment to measure/normalize against some standard or against a calibrated person (depends on the industry).

But that is too much to handle in home conditions so leave all that for industry and use the weights for "average" like most of the world... Luckily our brain can handle it as you cannot see the difference unless you start comparing both images side by side or in an animation :). So I (would) do:

There are many different methods for converting to greyscale, and they do give different results though the differences might be easier to see with different input colour images.

As we don't really see in greyscale, the "best" method is somewhat dependent on the application and somewhat in the eye of the beholder.

The alternative formula you refer to is based on the human eye being more sensitive to variations in green tones and therefore giving them a bigger weighting - similarly to a Bayer array in a camera where there are 2 green pixels for each red and blue one. Wiki - Bayer array

There are many formulas for the Luminance, depending on the R,G,B color primaries:

This is all because our eyes are less sensitive to blue than to red than to green.

That being said, you are probably calculating Luma, not Luminance, so the formulas are all wrong anyway. For Constant-Luminance you must convert to linear-light

apply the Luminance formula, and convert back to the gamma domain

Also, consider that converting a 3D color space to a 1D quantity loses 2/3 of the information, which can bite you in the next processing steps. Depending on the problem, sometimes a different formula is better, like V = MAX(R,G,B) (from HSV color space).

How do I know? I'm a follower and friend of Dr. Poynton.

The answers provided are enough, but I want to discuss a bit more on this topic in a different manner.

Since I learnt digital painting for interest, more often I use HSV.

It is much more controllable for using HSV during painting, but keep it short, the main point is the S: Saturation separating the concept of color from the light. And turning S to 0, is already the 'computer' grey scale of image.

This method truly reserved the 'bright' of original color. However, without considering how human eye process the data.

In answer to your main question, there are disadvantages in using any single measure of grey. It depends on what you want from your image. For example, if you have colored text on white background, if you want to make the text stand out you can use the minimum of the r, g, b values as your measure. But if you have black text on a colored background, you can use the maximum of the values for the same result. In my software I offer the option of max, min or median value for the user to choose. The results on continuous tone images are also illuminating. In response to comments asking for more details, the code for a pixel is below (without any defensive measures).

Not the answer you're looking for? Browse other questions tagged python algorithm python-imaging-library image-conversion image-comparison or ask your own question.

444
Formula to determine perceived brightness of RGB color
252
How can I convert an RGB image into grayscale in Python?
7
How do I draw a rainbow in Freeglut?
2
convert RGB pixel to wavelength
2
How to implement a procedure of calibration red and cyan colors of monitor for concrete red-cyan anaglyph glasses?
0
Grayscale image converting Turbo C++

1549
What is the best algorithm for overriding GetHashCode?
3421
Using global variables in a function
2324
How to upgrade all Python packages with pip
3583
Iterating over dictionaries using 'for' loops
1206
Easy interview question got harder: given numbers 1..100, find the missing number(s) given exactly k are missing
1157
Ukkonen's suffix tree algorithm in plain English
1756
Image Processing: Algorithm Improvement for 'Coca-Cola Can' Recognition
970
How to find time complexity of an algorithm
1976
What is the optimal algorithm for the game 2048?