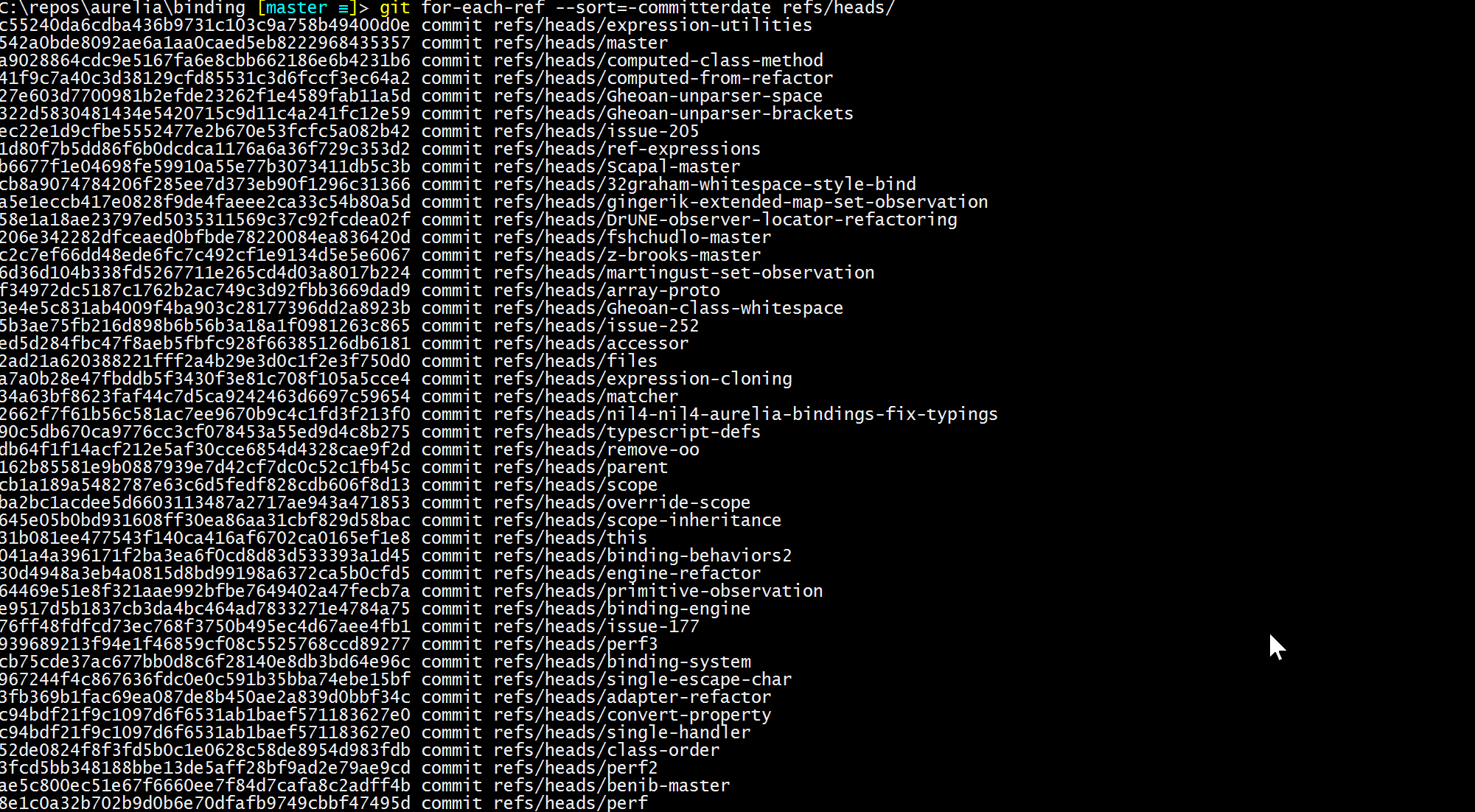 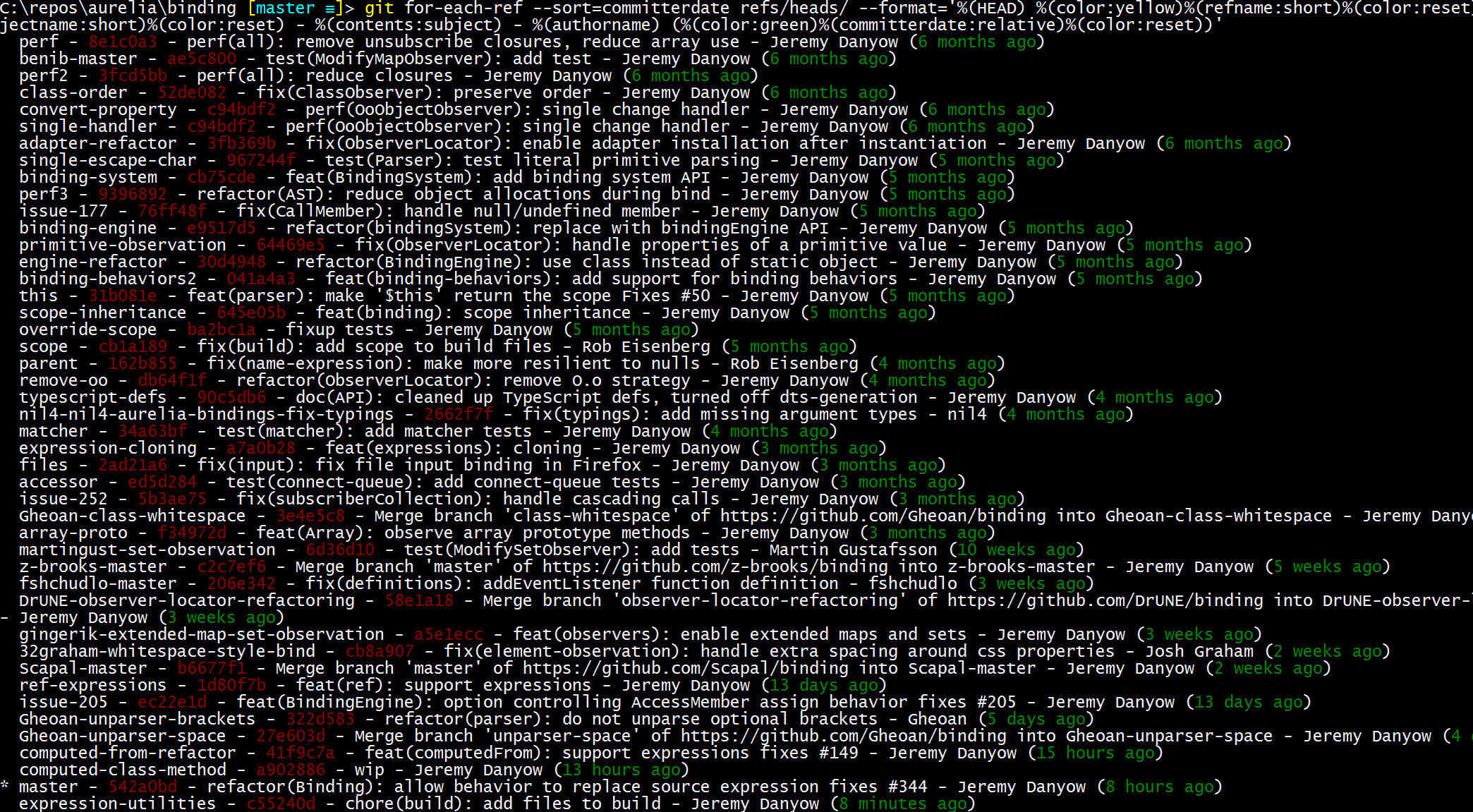 We can also give a custom count, e.g., 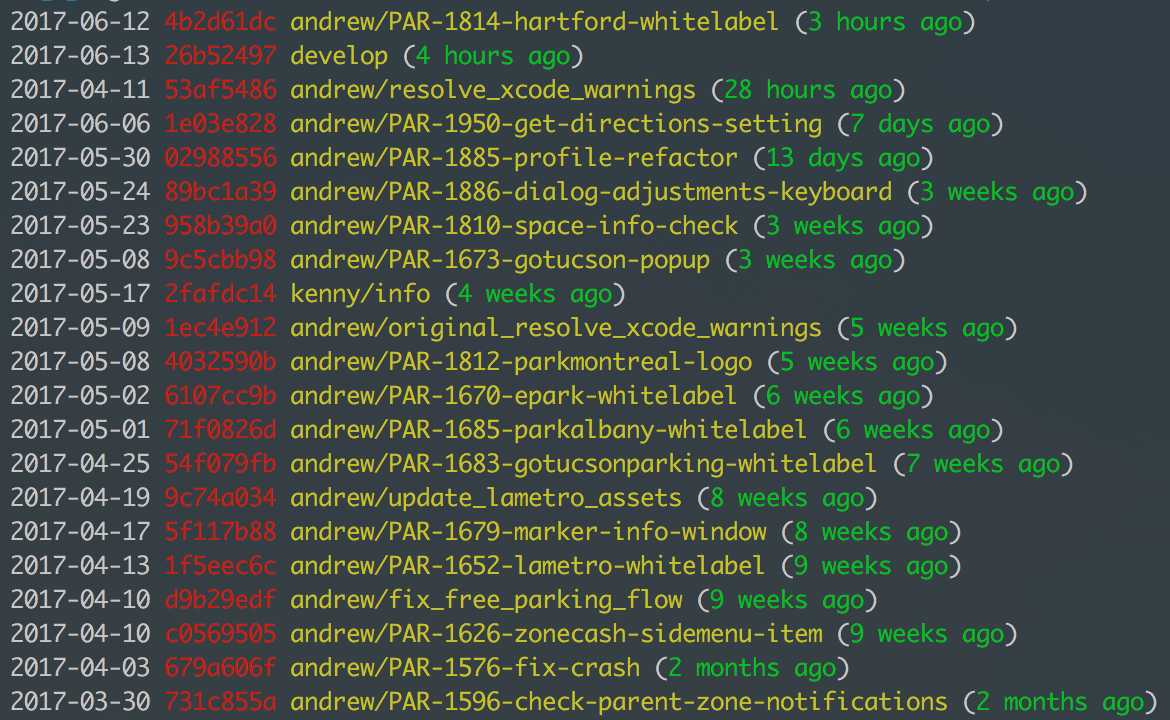 The implementation of "git branch --sort"(man) wrt the detached HEAD display has always been hacky, which has been cleaned up with Git 2.31 (Q1 2021).

Change the output of the likes of "git branch -l --sort=-objectsize"(man) to show the "(HEAD detached at <hash>)" message at the start of the output.
Before the compare_detached_head() function added in a preceding commit we'd emit this output as an emergent effect.

It doesn't make any sense to consider the objectsize, type or other non-attribute of the "(HEAD detached at <hash>)" message for the purposes of sorting.
Let's always emit it at the top instead.
The only reason it was sorted in the first place is because we're injecting it into the ref-filter machinery so builtin/branch.c doesn't need to do its own "am I detached?" detection.

Worth noting that even though it's looking at changes in remote branches, it's worth syncing with origin before running the command (can use git fetch), as I found it can return out of date information if your local Git folder hasn't been updated in a while.

Also, this is a version that works in Windows cmd and PowerShell (didn't get output displayed in columns, would be interested to see if anyone gets this working):

Simplest one to print along with last commit date:

57
Git: List git branches, sort by (and show) date
1126
How to escape single quotes within single quoted strings
178
Find out a Git branch creator
154
Listing each branch and its last revision's date in Git
36
Git list of branch names of specific remote
32
How can I get a list of Git branches that I've recently checked out?
26
How to list only active / recently changed branches in git?
12
Git changes being lost - why?
15
How to change git branch output order
4
How to get all branches with someone’s commits using git?
See more linked questions