Compare column values vs. measure from another table (scatterplot highlighting)

I'm trying to highlight points in a PowerBI report based on user input, based on http://sqljason.com/2018/03/highlighting-scatter-charts-in-power-bi-using-dax.html

My work so far is available at https://github.com/turbomam/measureIntoColumn/blob/master/mtminimal.pbix

My input data (Sheet1) consists of three columns: the name of a car, its fuel economy (mpg) and its engine displacement.

I have created another table (CarNames)

And added a measure to indicate the selected car

I have added the following to my report (counter-clockwise from upper right): 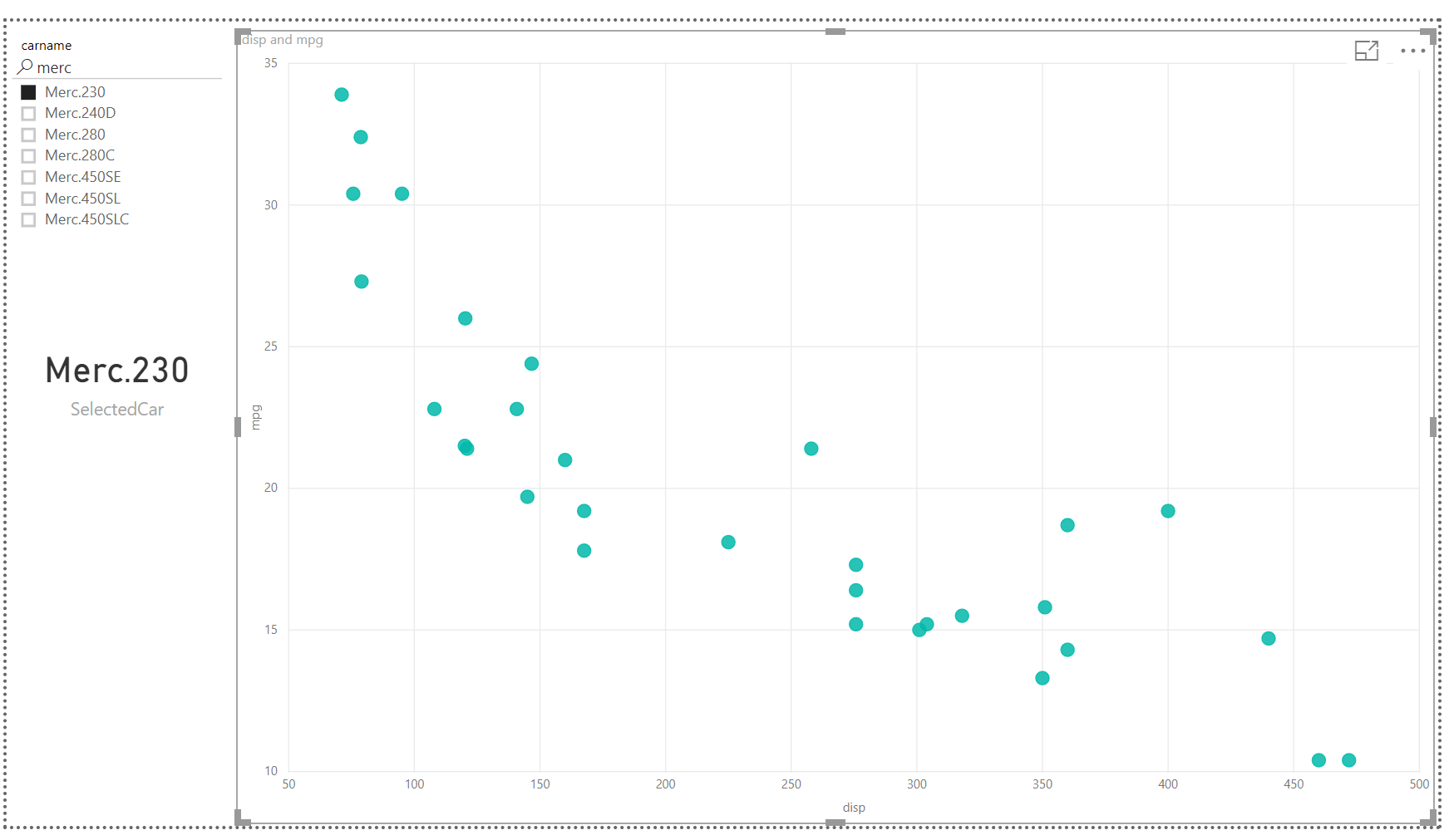 Now I would like to highlight (not filter) the user-selected car on the scatterplot. 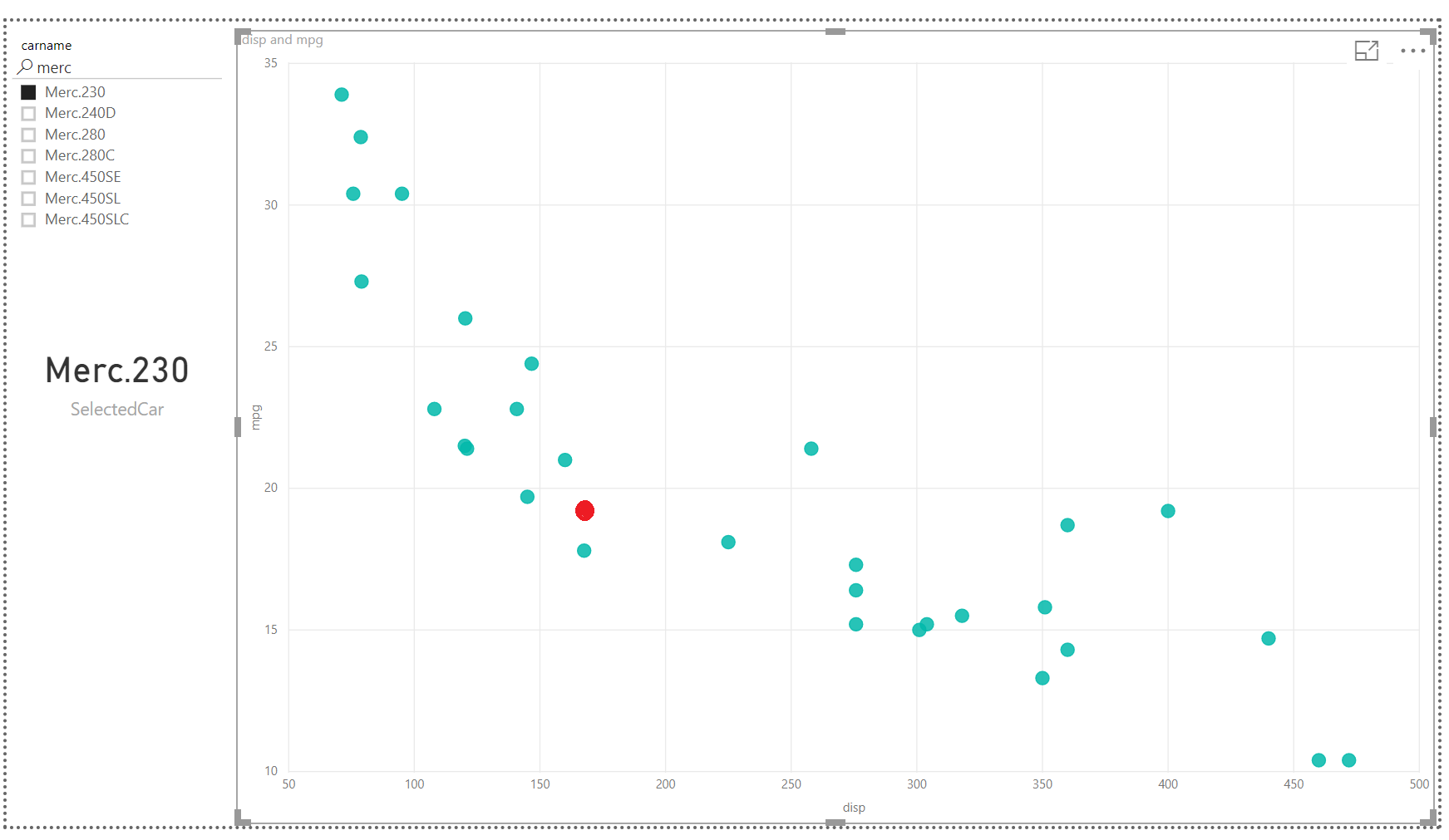 I thought I could create a new Boolean column for every row of Sheet1 by testing Sheet1[carname] against CarNames[SelectedCar]. Then I could use that Boolean value in the legend slot for my scatterplot and get a different color for the selected car.

But when I go to the table viewer, all of the Sheet1[CarSelected] values are FALSE 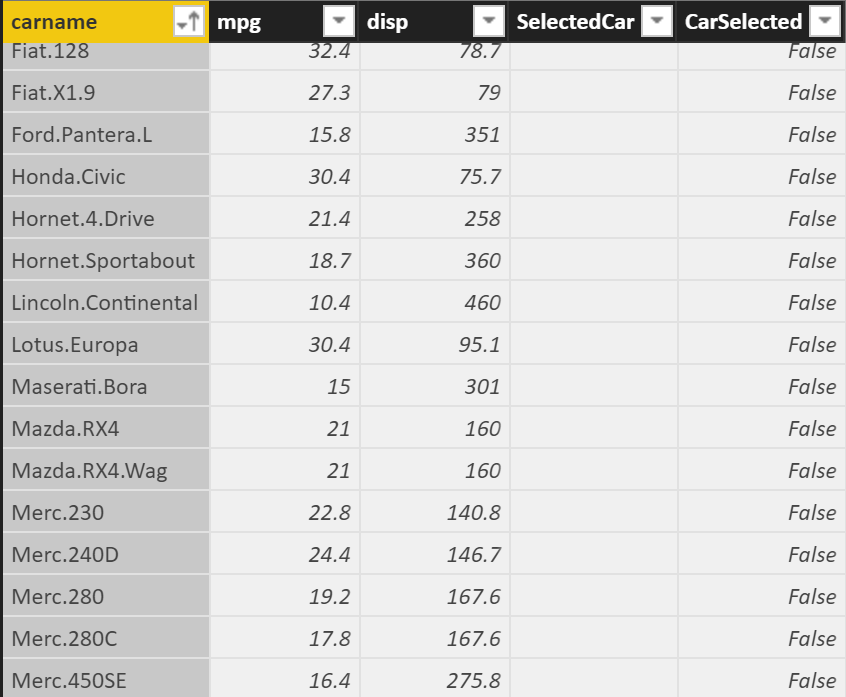 Browse other questions tagged powerbi dax or ask your own question.

1
Power BI Filter By Multiple Criteria using "AND"
0
Calculated Column compare to measure
0
Power BI - DAX measure. Slicer values from another table
1
How to make drillthrough work properly when using Measures to simulate a calculated column
1
Filtering other tables based on cross-highlighting a filtered measure
2
Cant measure from date column
0
Highlighting Scatterplot Power bi
1
Using TREATAS to get Measure from Another Table
1
Power BI compare values in same column based on filter from another columns
0
How can I get DAX to return just the record with a date closest to the slicer?