.BOT file not getting deployed to Azure Bot Service v4

I'm using the BOT file to store configuration settings for a GenericService and so have changed the BOT file from the default that was provided with the Azure template.

Changes were made via MSBOT CLI.

When running locally via the emulator, the bot code sees modified local BOT file and all is good.

However, the BOT is never deployed to Azure and therefore the Azure service does not see my changes (it is stuck with the default BOT file). I've deployed via Visual Studio publish and GitHub CI.

I had to manually upload the file using Visual Studio Cloud Explorer and the bot was then able to use the modified version and all is good.

Question is why is the BOT file not deployed with the rest of the bot code and how can I make sure it is deployed. Not sure if this is a bug or not?

I believe this is the fix to deploy the .bot file. In Visual Studio, 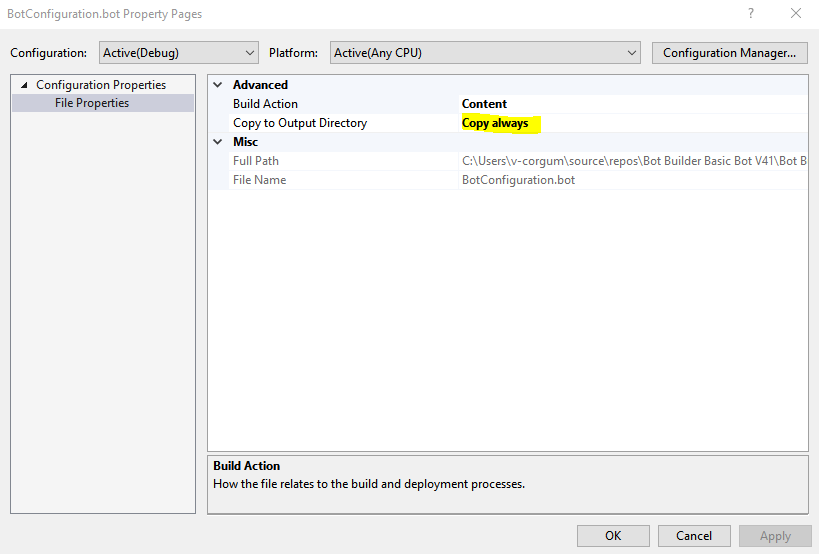 Not the answer you're looking for? Browse other questions tagged botframework azure-bot-service or ask your own question.