I am trying to collect a dataset with time series data of FIFA ultimate team players from futbin.com. I have found a script on GitHub https://github.com/darkyin87/futbin-scraper which is able to scrape the current price of a player given a list of players/ids:

But the information I am looking for is not the current price but rather the price (specifically the PS price) history which is located on the bottom as I graph. 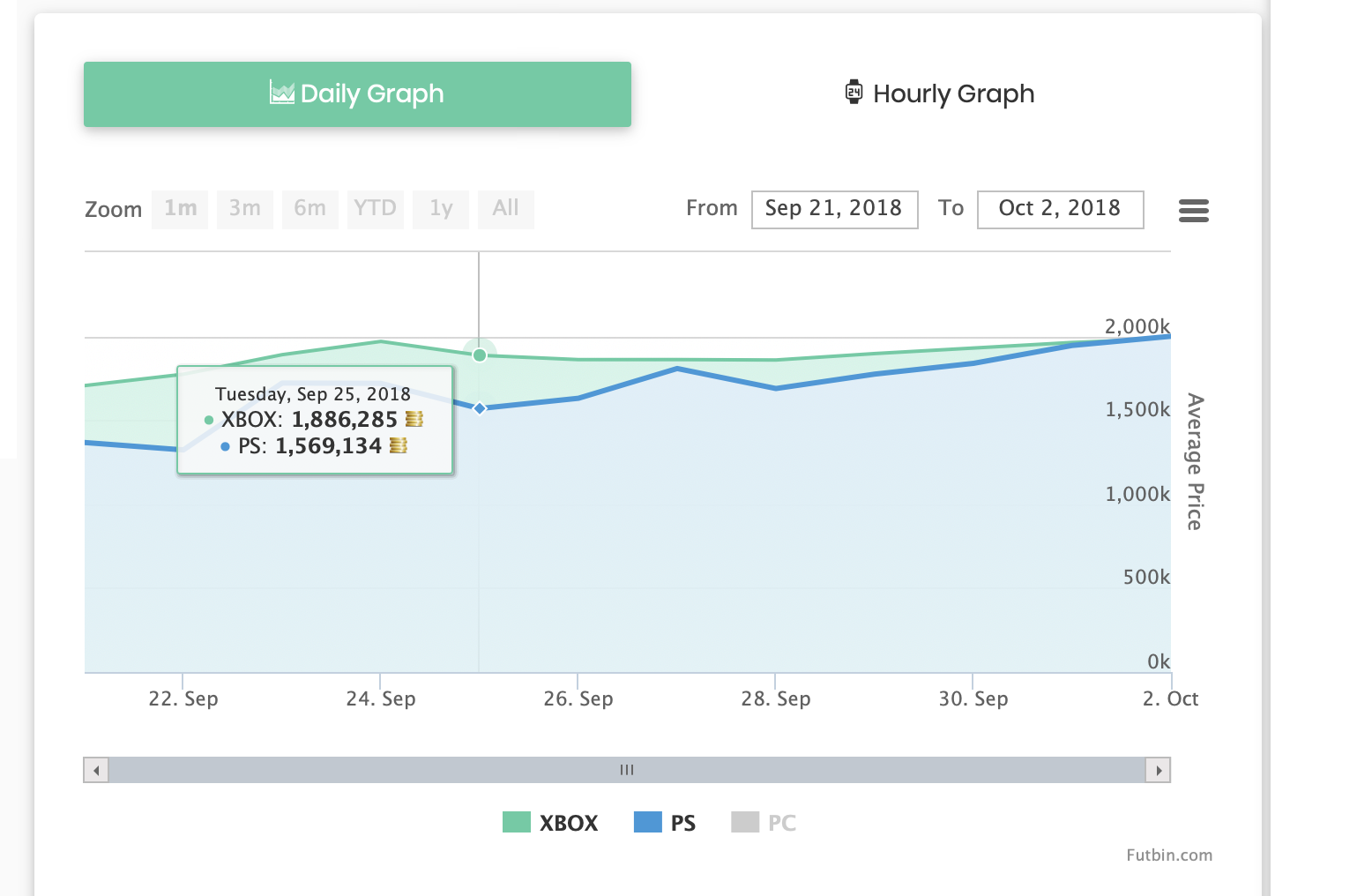 I tried a few things but I seem to be unable to parse/extract this information... could someone help me out or give me a hint? Thanks in advance

It is hard to get data that way. If you check your browser network tools you can see the data that creates chart comes from http request. Don't abuse it of course.

This will give you

Not the answer you're looking for? Browse other questions tagged python json web-scraping beautifulsoup or ask your own question.

0
How do you make python go through websites and get useful data?

213
Web-scraping JavaScript page with Python
1220
How do I get ASP.NET Web API to return JSON instead of XML using Chrome?
3
Web Scraping: scrape multiple webs by Python
0
How do you make python go through websites and get useful data?